PHILIPPINE basketball took a step back this year when Gilas Pilipinas lost all five games at the Fiba Basketball World Cup in China and ended up dead last among 32 teams.

But that always wasn’t the case for the Philippine basketball teams.

Decades ago, or in 1954 to be exact, the Philippines distinguished itself as one of the top teams in the world when it placed third among 12 teams at the World Basketball Championship in Rio de Janeiro.

Way before the PBA was formed, the best amateur players played in the Rio-bound national team led by Carlos ‘Caloy’ Loyzaga, known as ‘The Big Difference’ in Philippine basketball.

The then 24-year-old San Beda standout was playing for the San Beda Red Lions in the NCAA and for YCO in the Micaa, the premier basketball league of that era. 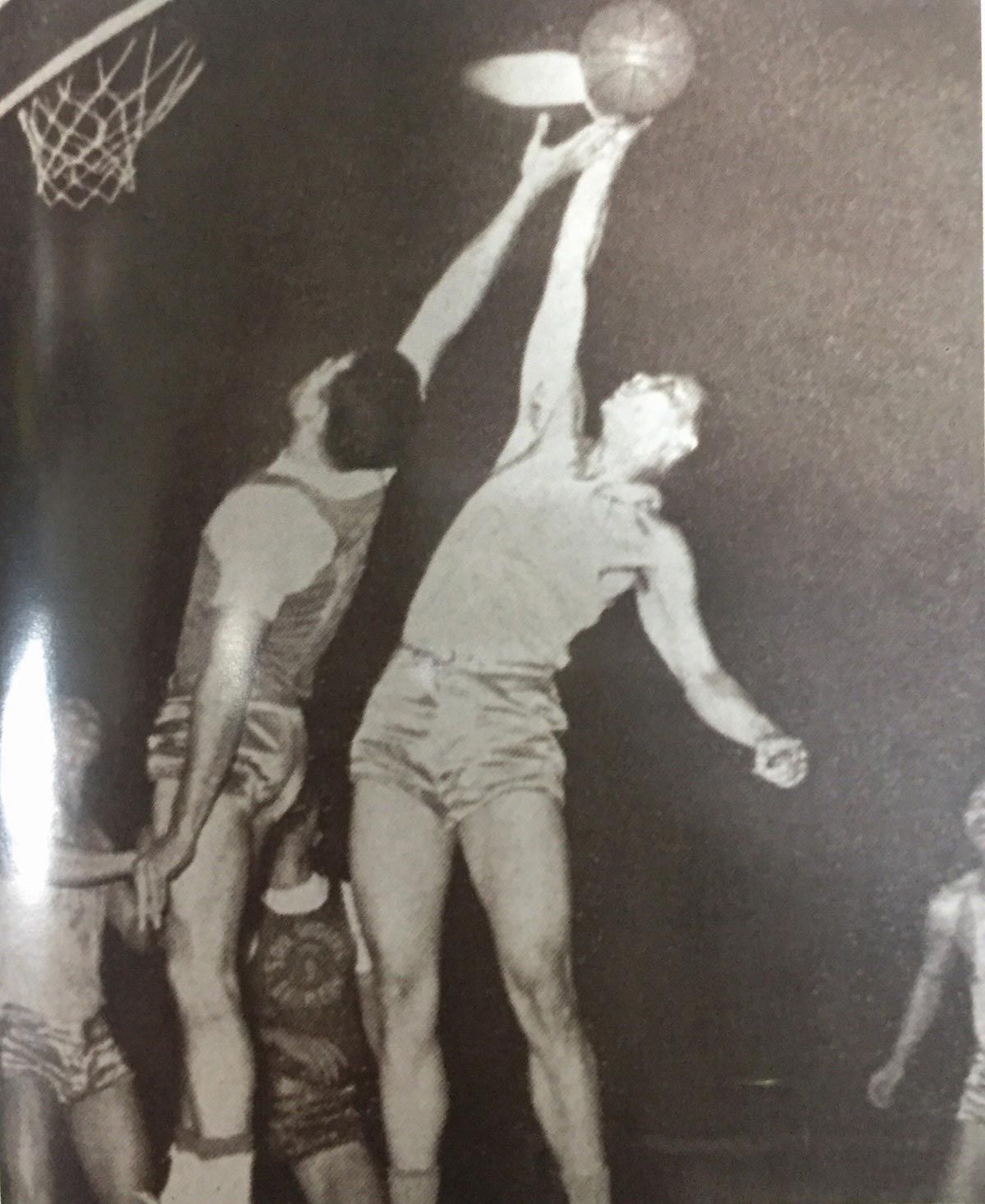 How they got here

The 1954 World Championship marked the first time the Philippines competed in the tournament. There was no complex system of qualification at that time, with the Philippines being one of the three invited teams along with Canada, and Formosa.

The US made it being the gold medalist in the 1952 Olympics, while Brazil also secured a spot being a host. The top four teams from the South America Championship and top three teams from the European Championship (now called as EuroBasket) also made it to the roster, but teams from Soviet Union and Hungary didn’t make it to the competition due to political reasons.

The Philippines was bracketed in Group A with South American countries Paraguay and host Brazil. In its first game on October 23, the Nationals beat Paraguay, 64-52, in a game where they outscored their opponents, 38-25, in the second half. Loyzaga finished with 15 points and Palentino contributing 14. 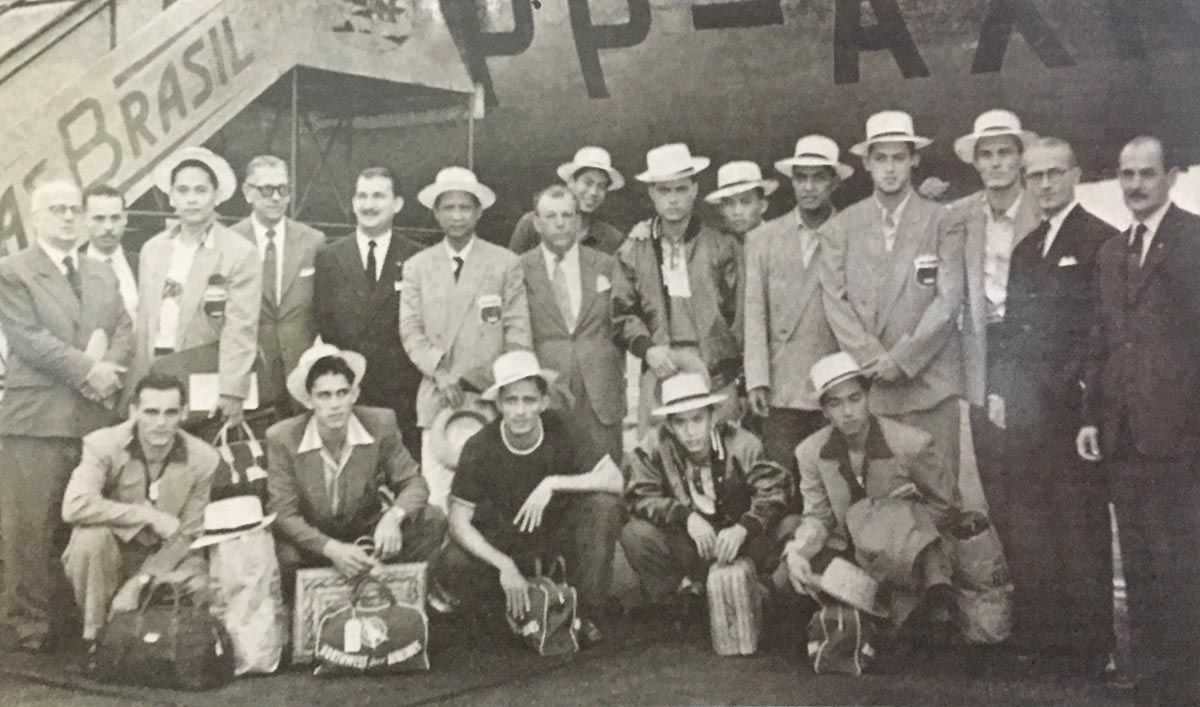 The following day though, the Philippines suffered its first loss at the hands of host Brazil, 99-62. Mumar dominated the game with 22 points, but the Philippines was trounced by a tough Brazil side that had four players in double figures, led by Angelo Bonifetti with his 18 points.

However, the Philippines got a reprieve as Brazil's 61-52 win over Paraguay enabled the Nationals to advance to the eight-team final round as the second-placer in the group.

The final round saw the Philippines play in a round-robin tournament against the top teams in the world, with the top three winning medals.

The Philippines debuted in a game against the US on October 27. The Filipinos, at one point, trailed by only three points, 25-22, but Team USA, led by James Kirby Minter, pulled away in the second half for a 56-43 win.

Following the loss to USA, however, the Philippines strung up back-to-back victories to keep itself in contention for a medal.

On October 29, the Philippines defeated Asian neighbor Formosa (now Chinese Taipei), 48-38, with Flores and Loyzaga leading the charge by scoring 12 and 10 points, respectively. The Filipinos trounced Israel the following day, 90-56, behind the combined 20 points of Loyzaga and Saldana. 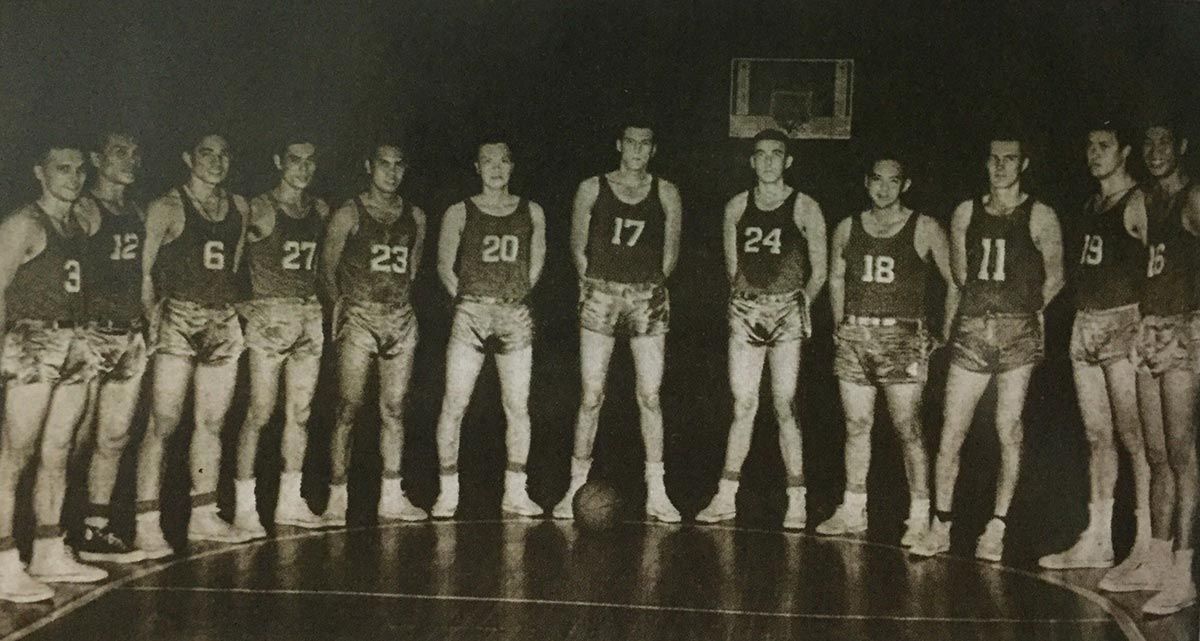 The Philippines’ bid for gold suffered a major blow as it lost once again to Brazil, 57-41, on October 31 as Loyzaga’s 15-point effort was not enough to beat the host country.

Its back against the wall, the Philippines kicked into high gear and won its next two matches. Mumar scored 24 points and Loyzaga had 15 points as the Philippines beat Canada, 83-76, on November 1. The Filipinos followed it up with a 66-60 win over France two days later to close in on a bronze medal.

On November 5, Loyzaga exploded for 31 points in the Philippines' 67-63 victory over Uruguay. The Nationals finished the tournament with a 5-2 record to claim the bronze medal. The US beat Brazil, 62-41, for the gold medal.

Loyzaga was spectacular in the entire tournament as he averaged 16.4 points per game, third behind Oscar Moglia of Uruguay (18.7) and Carl Ridd of Canada (18.2). He was named to the All-Tournament Team, also called as Mythical Five, joining MVP Minter, Moglia, Zenny De Acevedo of Brazil, and Wlamir Marques of Brazil. 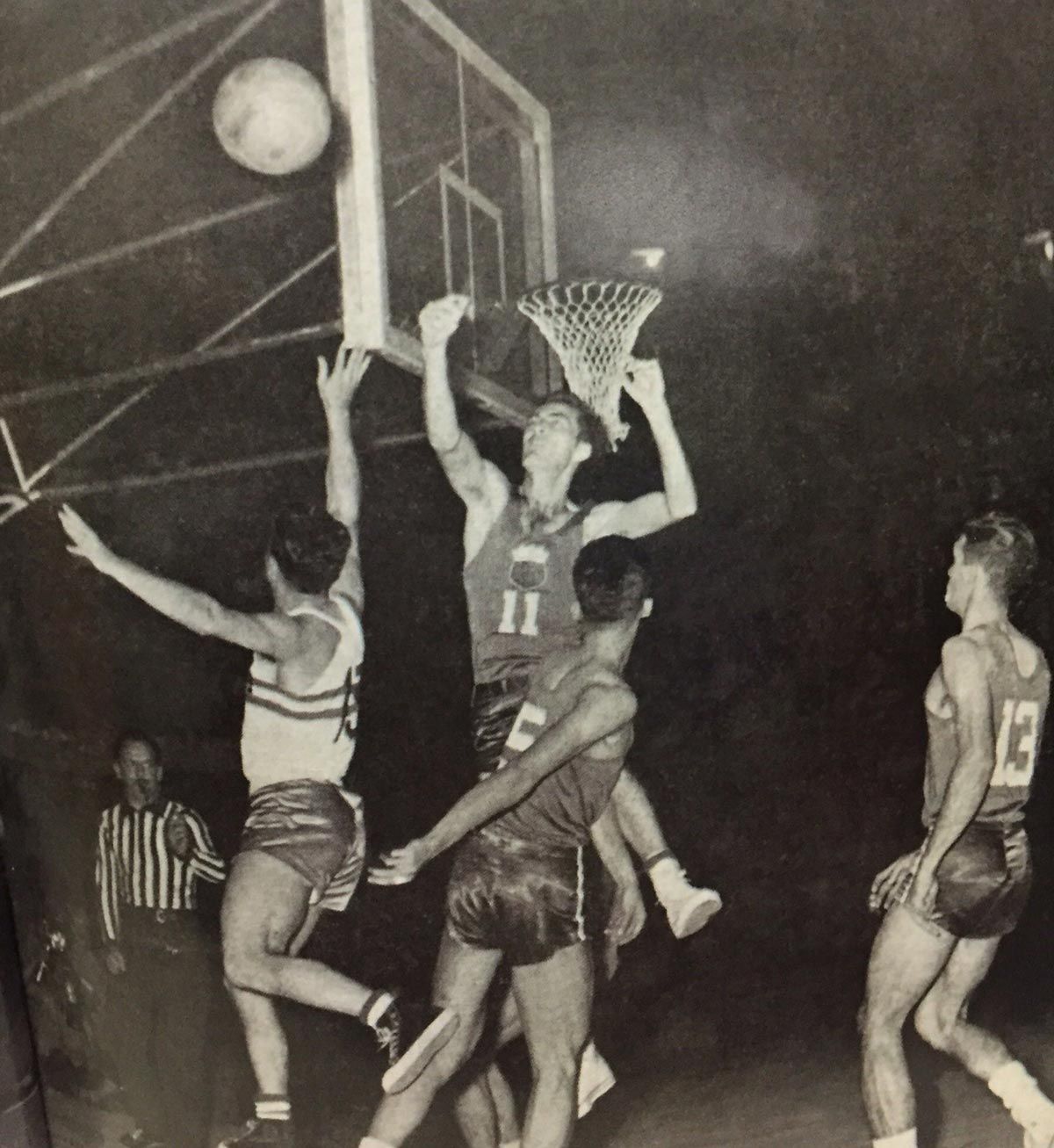 At present, the Philippines’ performance in the 1954 World Championship remains etched in the history of the competition. Loyzaga is the only Filipino to be part of the Mythical Five in the Fiba World Cup, and no one from Asia has come even close to winning the award.

Even with the globalization of basketball, the Philippines’ third-place finish remained the best by an Asian country, unmatched to this day by rivals such as Iran, China, and Korea.

Ultimately, no other Philippine team has come close to the 1954 squad. Despite its success in Asia past and present, the Philippines only played in the World Championship/World Cup six times with the national squad’s next best placing at eighth during 1959 and 1978, the year the country hosted the competition.

Will we ever see the day when the Philippines matches or even surpasses the feat of the 1954 team?

Let us know what you think.