GILAS Pilipinas is set to field an all-cadets crew in the next three international competitions later this year.

But Samahang Basketbol ng Pilipinas (SBP) president Al Panlilio still expects the PBA players to be a major part of the national team program in the future.

"For the bigger tournaments, I think we can find a way where we can inject this program, of course, with the best players in the country, the PBA players," he told Radyo5's Power and Play with Noli Eala.

Panlilio, also the concurrent governor of Meralco, looks at the next set of tournaments for Gilas as a chance for the cadets to develop and at the same time prove their worth in the big stage.

"I think that was something we assessed how it was and with full support of PBA," the soft-spoken executive said. "It's just difficult for us. Rushed yung ating preparation, so we believed that we needed longer preparation, and we needed certain dedicated players for the program, especially for most of the tournaments of Fiba."

"It's really developing this young core of players and make them battle-ready." 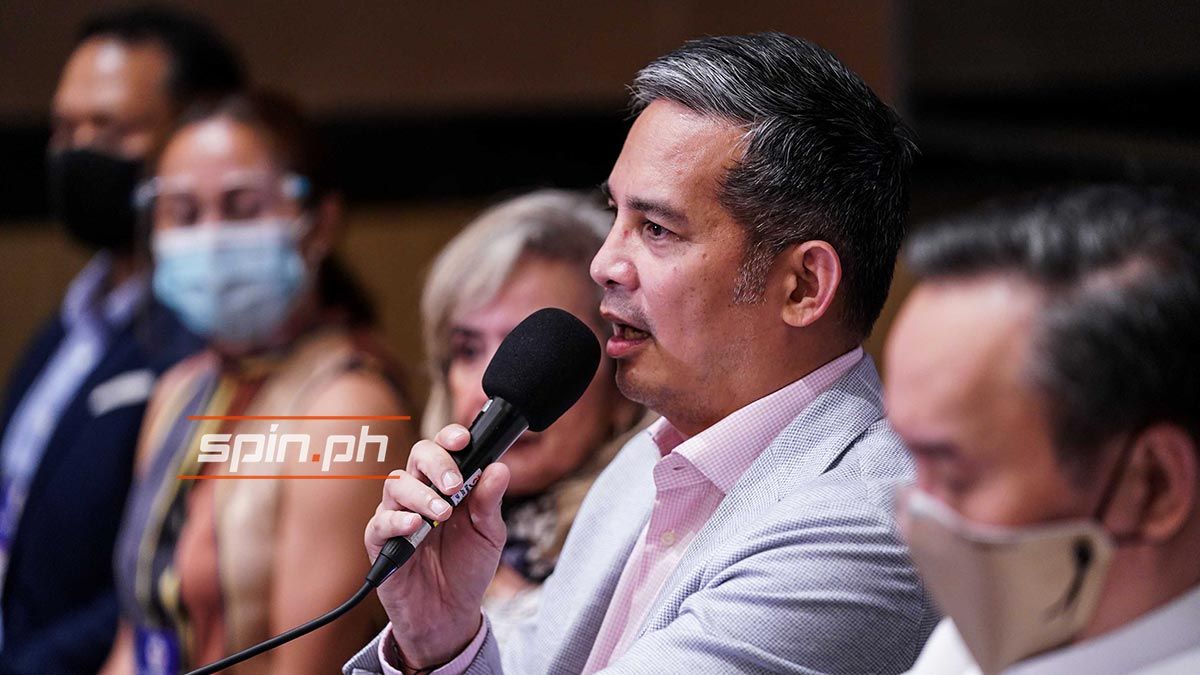 Among those in the current pool are PBA draftees such as Isaac Go, Rey Suerte, and twins Matt and Mike Nieto, as well as upstarts like Kai Sotto, Justine Baltazar, Dwight Ramos, and Juan Gomez de Liano.

Still, injecting veteran presence in the form of the PBA players could help the crew go up to the next level.

"If you inject them with three to five veterans, I think we can be very competitive internationally," he said.

And it also goes long-term with the SBP looking to field the most cohesive team possible for the 2023 Fiba World Cup here.

"I'm not a coach, but I think if we can see a split between the cadets and the PBA players, that would be great," he continued. "Sa akin kasi, it's really the sustainability of the program eh. I look long-term, beyond 2023. We want to compete well in 2023 since we're hosting it here, but longer term ang thinking namin sa national team program."

"If we can develop that pool of players, we have more options, we have more choices, and we're also increasing our pool, hopefully, of naturalized players. Ange Kouame, hopefully soon to be a Filipino and there's a big chance he will be part of the pool in June and OQT in Serbia. So it's really developing a bigger pool of players."

Panlilio also noted that cadets who were part of the program are also primed for bright future given the level of training they got even before entering the PBA.

"Players who have joined the Gilas, when they joined the PBA, they're immediately stars. Their exposure and the level of basketball they've been exposed to internationally just made them better players. So it's also for the good of the PBA," he said.