IT’S the expected bump in the road the Gilas Pilipinas program should expect along the way if it is to achieve the end goal of making it back to the Olympics.

PBA commissioner Chito Narvasa soothed the shattered pride of the national team with such thought, adding if it’s any consolation, the loss to South Korea in the Fiba Asia Cup on Wednesday night in Beirut, Lebanon, 118-86, came in a tournament that really has nothing big at stake other than bragging rights.

At the same time, the setback should give the team additional input on what it still needs to continue competing at a higher level.

“This one was a learning process. But we have to understand, nag-uumpisa pa lang tayo. This is a long-term program,” said Narvasa during the sendoff held for the Gilas Pilipinas team bound for the 29th Southeast Asian Games in Kuala Lumpur on Thurday at EDSA Shangrila Hotel.

[See As heartbreaking as Gilas loss to Korea was, it wasn't even the worst]

Like the rest of the basketball-loving Filipinos who stayed up late to watch Terrence Romeo and Co. battle their long-time nemesis for a spot in the semifinals, Narvasa also felt disappointed seeing the team get blown away by 32 points behind the Sokors’ impeccable outside shooting.

But lest everybody had forgotten, Narvasa pointed out the two-week long tournament is not ‘the real one.’ If ever, Narvasa said the loss gave coach Chot Reyes the insight on how the team can improve for the games that really matter.

“Ano ba ang priority natin? Ang importante sa atin is yung qualifier to get to the Olympics,” he said, referring to the new home-and-away Fiba format which begins this November in a series of qualifying meets for both the World Championship and the Olympics.

“Of course, it’s good we participated, because it’s something that will give us insight on how we can develop. And it’s up to us to make sure that we improve the program.”

Narvasa said he expects Reyes and his coaching staff to sit down with him once the team returns and suggest ways on how to address the weakness of Gilas prior to the Fiba qualifier.

“So ako I’ll have to present it to the (PBA) board para malaman paano natin puwedeng tulungan pa yung programa,” the league official said. 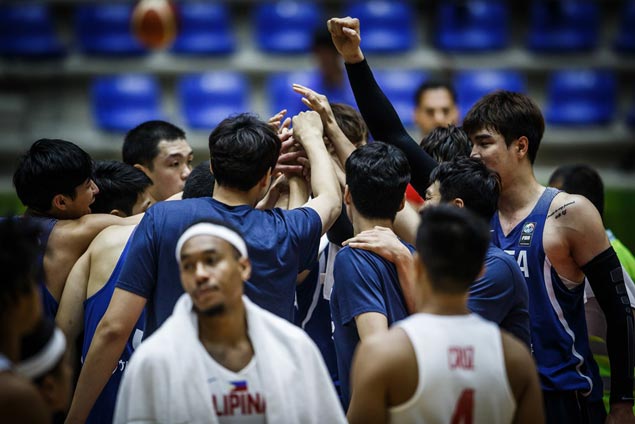 Narvasa admitted the PBA has had to bend backwards for the Gilas program, especially in the constant revision of its playing schedule owing to the series of breaks the league had to take whenever the national team competes internationally.

But no one’s complaining all for the love of basketball.

“Lahat ito sakriprisyo just to be able to ensure that we do well.”

Narvasa said Gilas' three-game sweep of its group assignments got the other teams' attention and made it a target during the knockout rounds.

“If the Philippine didn’t perform as well as it did in the eliminations, do you think they will prepare for us?” he asked.

Narvasa said obviously Gilas’ upset of defending champion China in its opening game, and the succeeding victories over Iraq and Qatar, gave ‘us all the attention.’

“So if there was a team that they would prepare for, that should be the Philippines,” the commissioner added.