Aquino hopes to see Gilas Women not just at par, but also compete vs Asia's elite

THE Gilas Pilipinas Women's team may have had a hard time in the 2019 Fiba Women's Asia Cup in Bangalore, India, but for coach Pat Aquino, the Philippine staying in the Division A of the continental tilt is already a success in its own.

"I'm just happy that the Philippines will still be rubbing elbows with the great teams in Asia," he said.

The Philippines downed hosts India, 92-78, in the seventh-place game last week to avoid relegation to Division B, and for Aquino, that in itself is a testament to how far women's basketball in the country has come.

"We know that we just won a game, but that game defines that we still belong with the elite," he said as Gilas Women's looks ahead to the next tourneys at hand.

"We have learned a lot from the tournament and have assessed our strengths and weaknesses in our preparation for the SEA Games and the upcoming Fiba Pre-Qualifying Tournament for the Olympics." 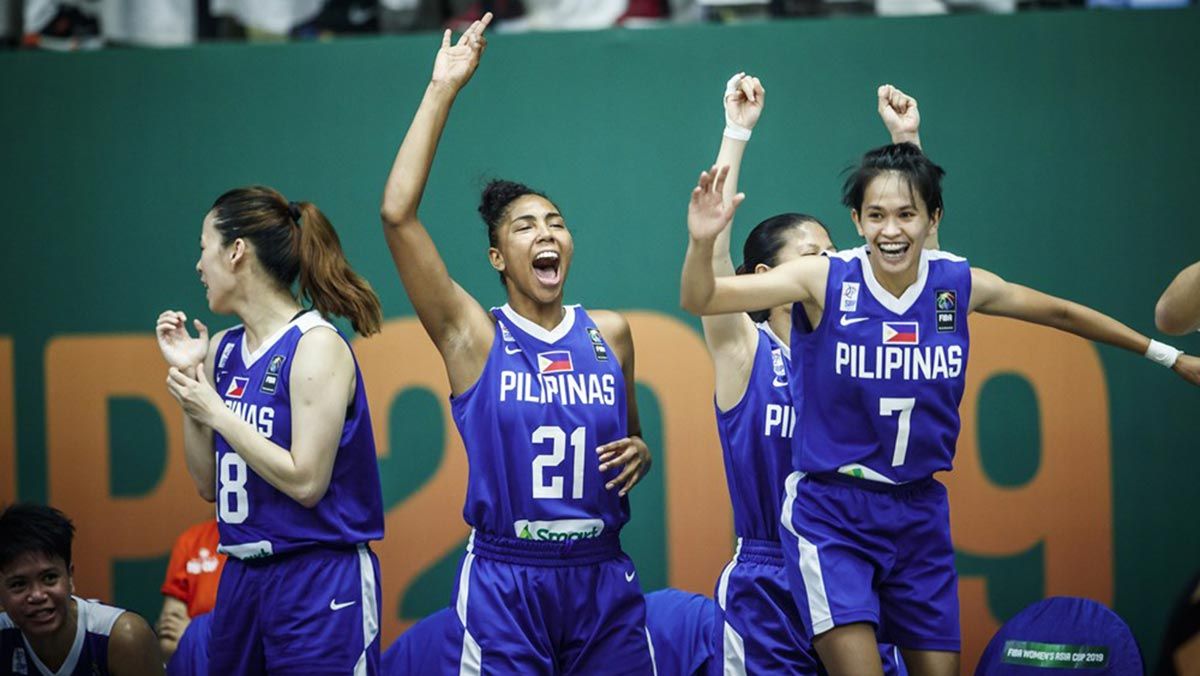 The Philippines is set to face China, New Zealand, and South Korea in the Women's Pre-Qualifying Tournament in November before aiming for a podium finish in the biennial games, to start on December.

Yet for Aquino, as positive as Gilas Womens' performance was, the Filipinas still need more competition to get to the level of their peers so that they could contend for the crown the next time out.

Samahang Basketbol ng Pilipinas (SBP) president Al Panlilio agreed, noting: "Right now, it’s clear that there’s still a lot of work to be done to be a threat to the top six teams in the region. But we’re confident that we’re moving in the right direction with our women’s program both in five-on-five and even in 3x3."

And Aquino will surely be at the forefront of it, doing his part as the Philippines continues to dream to not just participate but also fare well against some of the best teams in Asia.

"We just gained the respect of the other Asian countries and we just hope that we live up the expectations," he said. "Hopefully with this experience, we can compete with them in the future and someday, we can be on top of them na rin."