COACH Pat Aquino considers Gilas Pilipinas Women's 143-52 loss to China on Monday as growing pains rather than a debilitating defeat.

"Everybody has to have a new start, and I think the Philippines is just looking forward for the future of young Filipina ballers. That's why we cannot just tell them that it's inexperience. The exposure that they'll be getting here will be a lot greater for us in the future," he said as the Philippines suffered a 91-point loss to start its campaign in the 2021 Fiba Women's Asia Cup.

Aquino said the taller Chinese team was just too much to handle for Gilas Women, which led to a 55 to 23 discrepancy in rebounds, and the Philippines being forced to 24 turnovers.

"A lot of struggles, a lot of turnovers for us," Aquino said.

Gilas Women star Jack Animam is not with the team this time, and Aquino noted the squad only had a month to prepare.

"It's about the preparation," he lamented. "China has been always there and they're coming off from the Olympics. Us, right now, we just practiced for one month. So it's really a big difference in preparation."

Ella Fajardo, a Fil-Am guard from Fairleigh Dickinson University in New Jersey, strung five straight points late, yet her 5-foot-5 frame was admittedly no match to the taller Chinese foe in her 13 minutes on the floor.

The same could be said for Camille Clarin, who drilled her first three of the game yet found little to no success in the next 15 minutes of play.

Pingol and Cayabyab, like the rest of the team, all struggled to get their games going as the Philippines bowed in spectacular fashion in their first game in Amman. 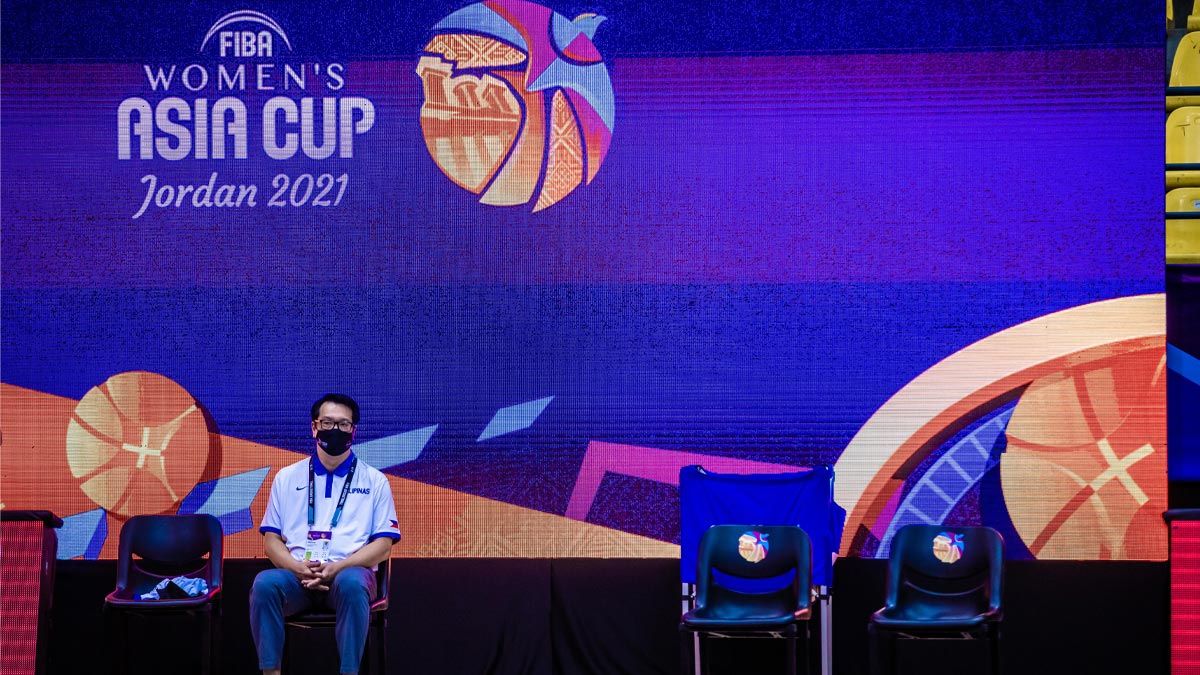 Aquino says he is cutting the squad some slack especially as they made their debut against China, the world No. 7 ranked team.

"They struggled a little bit at first cause it's their first game. Actually, there were a lot of struggles at first and you can charge it to us not playing for almost two years," he rued.

Aquino hopes to see improvements from them in the team's next assignments, starting against Australia.

"Bringing in young players at this point of time is probably the best time for the future of women's basketball in the Philippines. Hopefully, they'll get more comfortable in the coming games and show their wares and why they're here," he said.

"It's not just them, but it goes for all of the players. I think the adjustment and the system and again, playing after two years, this is what we get. Hopefully, we could improve more in the coming games."