CHRIS Newsome is just happy to have the crowd rallying behind him for a change.

Often the target of rowdy fans in duels between rivals Meralco and Ginebra, the Fil-Am guard was happy to play on the side being cheered on by majority of the crowd. More so being on the same team with Scottie Thompson and Japeth Aguilar.

"It's also nice to be teammates with Japeth and Scottie. Of course, you know we joked about a lot of those things. It's just nice to actually be on the same team," said Newsome who made his Gilas Pilipinas home debut in its 84-46 rout of Saudi Arabia on Monday.

"It's nice to have everybody there, cheering for us and supporting us, especially cause we're one team. In the PBA, there's no such thing as home and away, so Ginebra would be the closest thing to it. 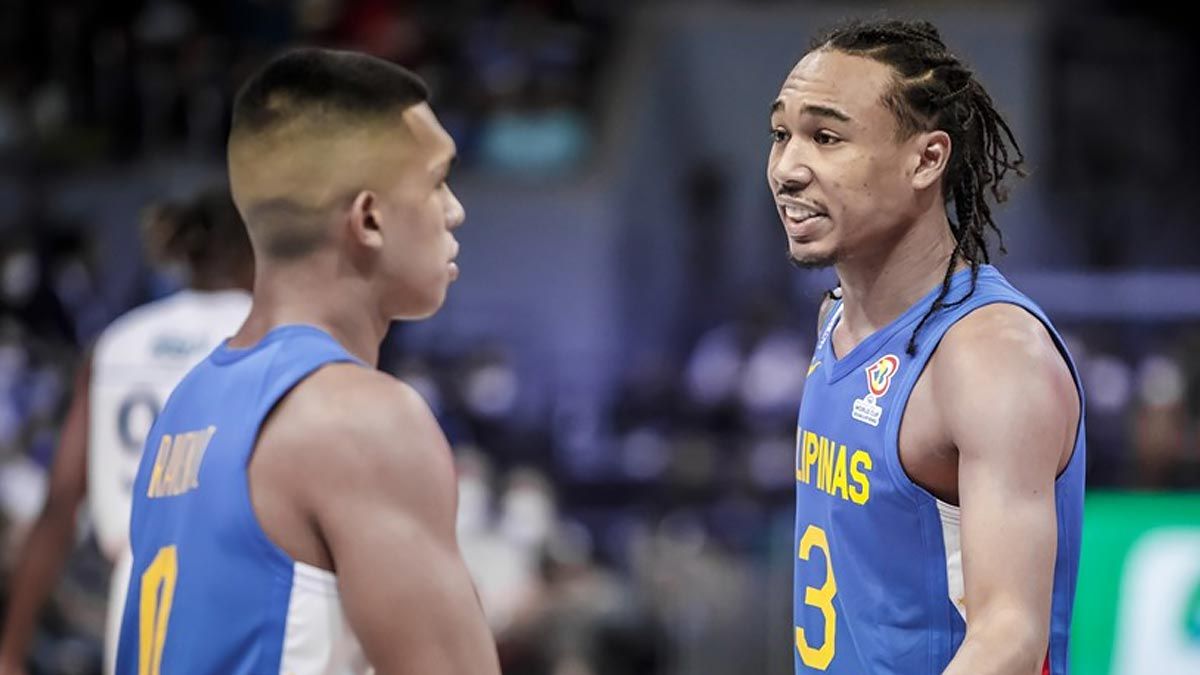 "But again, we all just wanna make you guys proud. We all wanna show you that we care, and that we're willing to give everything we have for you guys. Just to bring you guys honor, bring this country honor whenever it comes to stepping on the basketball cause we want the world to know that the Philippines is, we're serious about basketball, and we love the game of basketball."

Newsome on the same side as Thompson and Aguilar really is nothing new.

He teamed up with the reigning PBA MVP in Hapee in the PBA D-League, while Newsome and Aguilar both share roots in Ateneo.

"It was also nice to re-establish that relationship with them," the 6-foot-2 slasher said, noting it was fun renewing his bond with the Ravena brothers Kiefer and Thirdy.

"Thirdy let out a nice joke earlier and he was saying like, 'Hey! What's up, rookie?' Once, I was Thirdy's rookie and it was just kind of nice to re-establish that relationship with those guys," he shared.

"We talk frequently and they know I'm always rooting for them in Japan and vice versa. They're always sending me messages whenever I'm here in the PBA. Whenever I'm in the semis, they're always encouraging me. So it was nice to be on the court with them."

With this being his first national team stint, Newsome understands that he still has a lot to learn and was thankful to have those familiar faces guiding him along the way.

"Kiefer, he's maturing a lot and as a captain, he's definitely matured. You can tell that he's accepted that role as captain and he was the one that pulled me aside and was explaining all the rules of Fiba because it's a different ball game, it's a different set of rules. Definitely Kiefer is a great leader for us," he said.

Newsome, though, hopes that this won't be the last as he vows to give it his all the next time he gets the call to represent Gilas.

"I'm just super excited to be on that court with them again," he said. "It doesn't matter if I'm playing five minutes, or 12 minutes, or 20 minutes. I'm just gonna give everything I have, and I think you can see that with all the other guys as well."