GILAS Pilipinas still could not solve the puzzle that was New Zealand as it tasted a bitter 106-60 defeat Thursday at Eventfinda Stadium in Auckland to suffer its second loss in the 2023 Fiba World Cup Asian qualifiers.

Struggling to find the bottom of the net, the Filipinos stared at an early 13-point hole, 23-10, and never recovered as the Tall Blacks continued to hammer down on the visitors and stretched the lead to 16, 47-21, at the half.

That lead would grow to its biggest at 46 points thanks to Flynn Cameron's layup in the last 1:41.

Carl Tamayo was one of the few positives for Gilas with his 16 points and five rebounds, but sprained his ankle with 7:50 remaining in the game.

Rhenz Abando nabbed 11 points, and Francis Lopez got eight in the defeat as the Philippines shot 33-percent from the field and a horrid 4-of-26 shooting from distance. 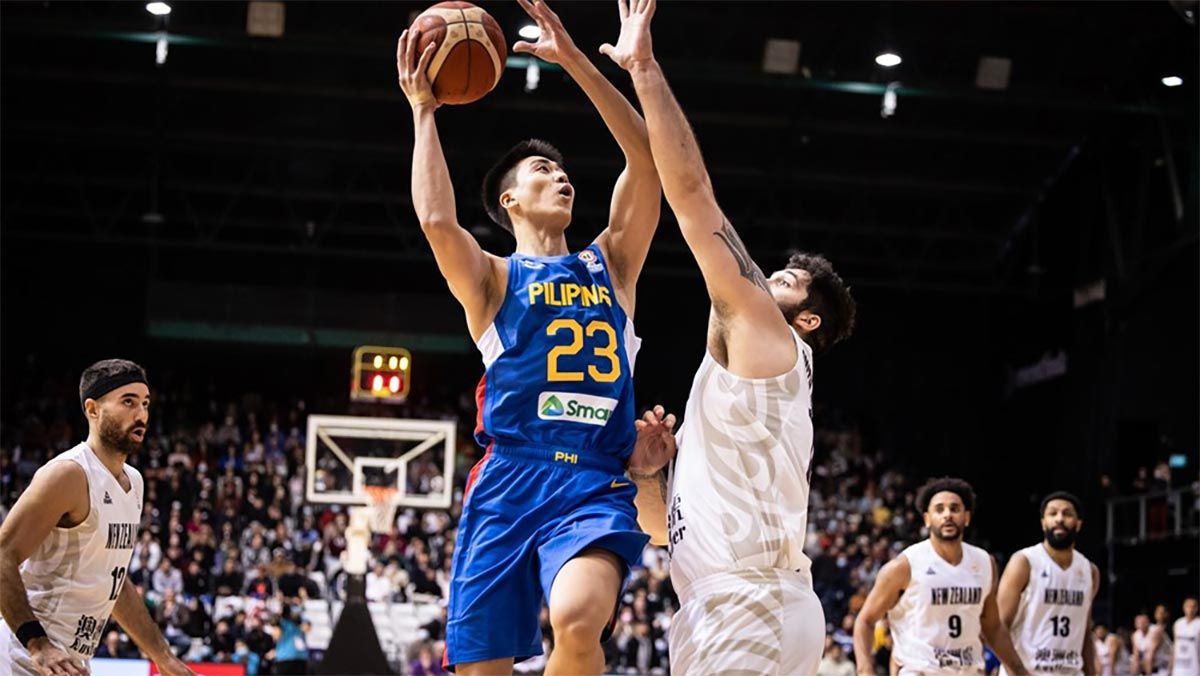 The Philippines now dropped to 1-2, although the result of this game hardly mattered as it already gained a spot in the second round of the qualifiers after Korea's disqualification from Group A.

Gilas now heads home to end the first round when it faces India this Sunday at the Mall of Asia Arena.

New Zealand, on the other hand, ended its first round assignments undefeated at 4-0. It will now await the pairings for the next phase, with the top three teams in Group C forming the Group E for the next round.

Finn Delany got 14 points and seven rebounds, as Jordan Ngatai and Ethan Rusbatch both scored 12 in the win.