Gilas tries to defy odds vs NZ: 'We can't think about disadvantages'

IRONY isn't lost on the mind of Gilas Pilipinas coach Nenad Vucinic as he braces for the clash against New Zealand on Thursday.

Facing a team that he coached first as an assistant from 2001 to 2006 before being promoted to the head coaching position until 2014, the Serbian mentor finds himself in an unusual position facing the Tall Blacks in this third window of the 2023 Fiba Basketball World Cup Asian qualifiers.

"It's a very weird feeling. It's the first time I'm going to be a head coach against a team that I coached for 25 years. It's a weird feeling, but I got a job to do," he said.

One thing working in Vucinic's favor is his familiarity with some of the players on the opposing side, with veterans Corey Webster, Shea Ili, Finn Delany, Jordan Ngatai, and Tohi Smith-Milner playing for him in the 2014 Fiba World Cup in Spain. 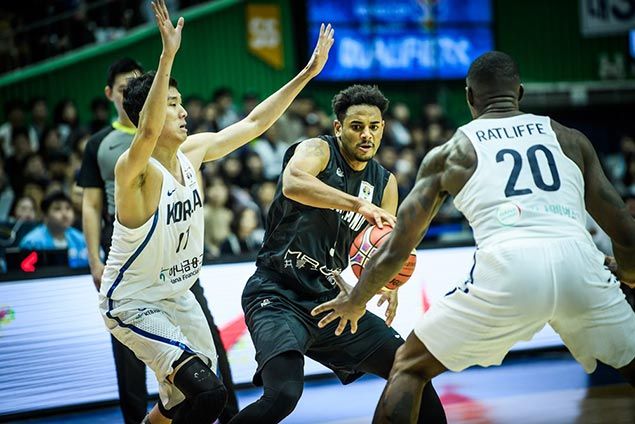 Corey Webster and the Tall Blacks look to repeat over Gilas.

"We're playing a tough team, much tougher than what we played in February and much experienced players back for this window," he admitted.

New Zealand beat the Philippines, 88-63, at the Araneta Coliseum in February.

Vucinic likes what he has seen from this young crop of Filipino players with Dwight Ramos and Kiefer Ravena leading the way.

"We'll try to compete and we need to overcome our lack of experience compared to them. Of course, playing at their venue is another disadvantage, but we can't think about those disadvantages. We just hope to find a way to compete against them and play well as a team," he said.

A big part of that confidence boost is rooted from the potential that Gilas flashed in its two friendlies against Korea in Anyang where the chemistry of this squad was further galvanized after a pair of close defeats.

"It's a big help. Anytime we can get a preparation game is good," he said.

"We are pleased with how we played offensively. We know that as a team, we need to shoot the ball well, we need to improve defensively. It's not so easy cause we lack in size, but I think we're a little bit more prepared now for different things and hoping that we will have a little more system that we can mix up some more things and play better defensively."

"We're playing a very capable offensive team in New Zealand and the task is tough, but hopefully we can be tough as well."

Vucinic is also counting on the Filipino community's boost in Auckland for the Philippines to somehow still get a puncher's chance despite playing on the opponent's home floor at Eventfinda Stadium.

"Wherever you play, you expect more Filipinos. There's a lot of Filipino community here. Hopefully, we'll negate that homecourt advantage that they have," he said.