NBA saddened by Goma’s boycott (not)

THE NBA was saddened the other day to hear that Philippine chief of mission to the Asian Games, Richard Gomez, will stop watching NBA games as protest over the league’s decision not to allow Fil-American Jordan Clarkson of the Cleveland Cavaliers to play for the national team.

“I’m sad to hear that Mr. Richard Gomez has decided not to watch NBA games anymore because of our decision,” said NBA spokesperson Tim Clark, when told of Gomez’s stand.

Gomez, aka Goma, is currently the mayor of Ormoc City, where his wife, Lucy Torres, is the congresswoman, but he is also known in showbiz as a former matinee idol and in sports as a former competitor and medalist.

The outspoken Goma said: "Without Jordan Clarkson, we will continue to fight in the Asian Games, but from now on I will stop watching the NBA."

Because he will no longer watch NBA games, Gomez said he will use the time to start serving the people of Ormoc.

Clark is clearly hoping that not everyone would follow Goma’s move, aware that Filipinos watch NBA on television more than they do the PBA, UAAP, and NCAA games combined.

“We value each and every viewer of the NBA wherever they are around the globe,” said Clark, adding that “Although the NBA is watched by an audience of over 100 million and is broadcast in 120 countries, losing one fan, like Gomez, is a blow to the NBA’s mantra of keeping fans forever loyal.”

Gomez was not available for comment, having already left for Palembang, Indonesia, to prepare for the opening of the Asian Games, where he will watch the national basketball team play without Clarkson. Gomez, as head of delegation, is hoping the Philippines will break the country’s Asian Games 2014 record of one gold medal.

The NBA was widely assailed in the Philippines for having a double standard, after it allowed play time for China’s Zhou Qi, a bench warmer for the Houston Rockets but a star for the Chinese national team, and disallowed Clarkson, who has not played a single game for the Philippines.

The Fil-Am Clarkson caught the eye of basketball officials when he visited the country a few years ago, and tickled them to death when he said he was willing to play for Gilas. Banking on this promise, several officials, including the Philippine Olympic Committee, went to great lengths to put Clarkson in a Philippine uniform.

They succeeded in convincing the Asian Games organizers and FIBA to allow Clarkson to suit up, but soon came up against a wall when the NBA announced that NBA players could play for their countries only in the Olympics and other FIBA-sanctioned events. The Asian Games, it said, was an event not included in the agreement. 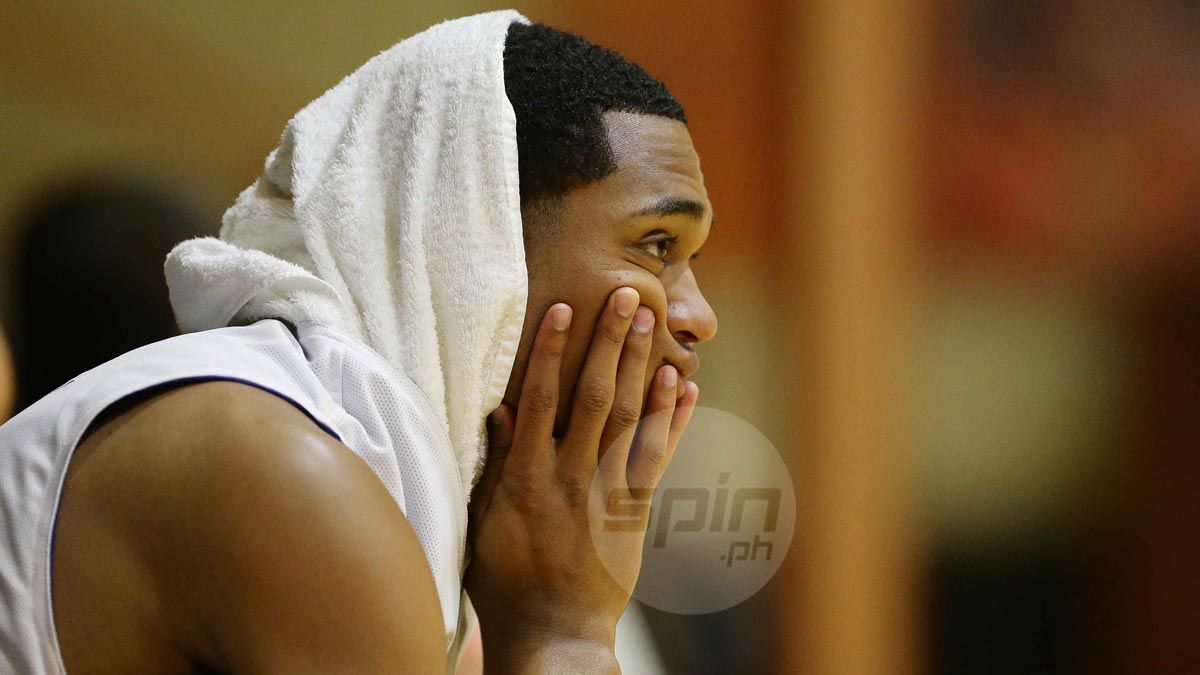 POC secretary general Patrick Gregorio was among those terribly disappointed with the NBA decision, saying in a press release, all caps: “NBA, YOU BROKE OUR HEARTS.” Gregorio added: “We will never forget this.”

The NBA spokesperson was reportedly baffled by the last line of Gregorio’s press release, asking, “Is this a threat?”

Reports emanating from inside the NBA said the league is now thinking about whether it would allow NBA players to visit the Philippines in the future. Strange, as it is the NBA players who gain more from these visits. They promote sneakers and jerseys, wrist bands and jackets, to Pinoy fans who are made to think they’ve become part of the community of NBA stars by wearing these apparel.

In the meantime, Asian Games coach Yeng Guiao has selected Asi Taulava, a 45-year-old former national player, to replace Clarkson. Guiao said Taulava, the oldest player in the PBA, will be a worthy replacement for Clarkson, having played for the country many times in the past, although his exact Filipino bloodline has yet to be established.