ANDRAY Blatche has taken the brunt of the criticism for the Philippines bombing out in the 2019 Fiba World Cup in China.

But in the eyes of coach Yeng Guiao, the Syracuse-born naturalized player has given his all for Gilas Pilipinas given the circumstances the team was dealt with in its doomed campaign last year.

"In the World Cup, it could've been better. But I don't take anything away from Andray, he gave it his all at that point. He tried to carry us on his shoulders, but those teams are really too good for us," he said in his Hoop Coaches International session hosted by Blackwater.

Blatche averaged 15.8 points on a 40-percent shooting from the field, to go with 8.4 rebounds, 3.4 assists, and 2.4 steals through the Philippines' five games in the global hoops conclave.

Unfortunately, those numbers hardly mattered as Gilas got whopped whenever it took the court, capped off a humiliating 95-75 defeat to Iran in the classification round.

The Philippines finished dead last among the 32 teams, losing by an average of 34.8 points.

Despite those disappointments, Guiao believed that for the better part of the last five years, Blatche was without a doubt the best asset Gilas had in its arsenal.

"If Andray Blatche is in his best shape or is in a really good shape, the national team plays a lot better. When you play in the world level, si Andray is our biggest guy there. Nandyan sila June Mar (Fajardo), nagamit natin sila Japeth (Aguilar), but admittedly, (Andray is) our anchor in the frontcourt position," he said. 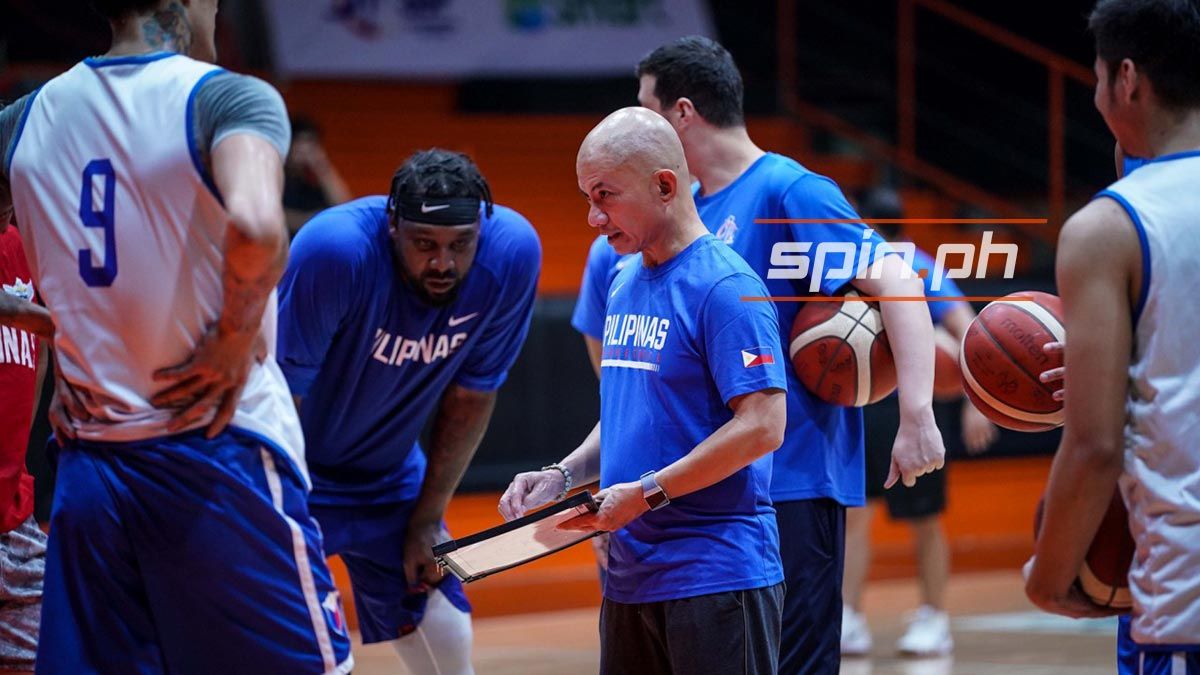 But there lies the issue, the "if."

And admittedly, the Blatche which saw action for Guiao in the 2019 tournament - one that was mired with weight and conditioning issues - was a far cry from the lean and mean Blatche who made his debut for Gilas in the 2014 Fiba World Cup in Spain under coach Chot Reyes.

"He has to be in shape, he has to play his best game because the problem is yung big man on the other side is as good as he is, if not better," said the former national team mentor.

"Although sometimes talaga maganda ang nilalaro ni Andray, what happens is since they know he's our main man, he's going to get double teams and a lot of bumps, pushes, and hard fouls. He has to take a lot of that abuse from the other team cause they know we rely a lot on him."

That's why for Guiao, it's high time for the Samahang Basketbol ng Pilipinas (SBP) to truly proceed in its plan of forming a naturalized players' pool, which would give the Gilas program a leeway to choose a reinforcement who they will bring for a specific international competition.

"You don't need to naturalize just one. Under the law, we can naturalize several, three, four, five players," he said.

Some of the names floated for the said pool are former San Miguel import Chris McCullough, resident Ginebra reinforcement Justin Brownlee, both of whom are Americans, and Ateneo slotman Ange Kouame, who is from Ivory Coast.

Although Guiao no longer holds a government post after failing to get re-elected as the congressman for Pampanga's first district in the 2019 polls, he said that he can still make recommendations to both the SBP and his political allies in the National Unity Party to get this cause done in the House of Representatives.

Doing so can save the SBP of the headache of playing the waiting game for the naturalized player if problems arise, just like what repeatedly happened with Blatche.