MATTHEW Wright knows he’ll be a marked man from here on in international competitions following his debut with Gilas Pilipinas in the Southeast Asia Basketball Association (Seaba) Championship.

Wright said he’s ready for the challenge of trying to get shots over bigger and superior opponents now that Gilas is set to take its act beyond Southeast Asia.

“We scout teams, too. That’s the beauty of basketball,” added Wright. “It’s a chess match.”

Wright averaged 12.0 points in the national team’s six-game romp of the Seaba tournament. He hits a high 49 percent from the field, but shoots at an even higher rate from beyond the arc at 54.5 percent.

This early, the 26-year-old Gilas cadet is already projected as the next best gunner of the national team, a challenge that he’s ready to face.

“I’m here to replace guys like Jeff Chan, Gary David, and Marcio Lassiter. I have some big shoes to fill as one of the designated shooters in the team,” said Wright, who was the ABL Asean Heritage MVP last year with the Westports Malaysia Dragons. 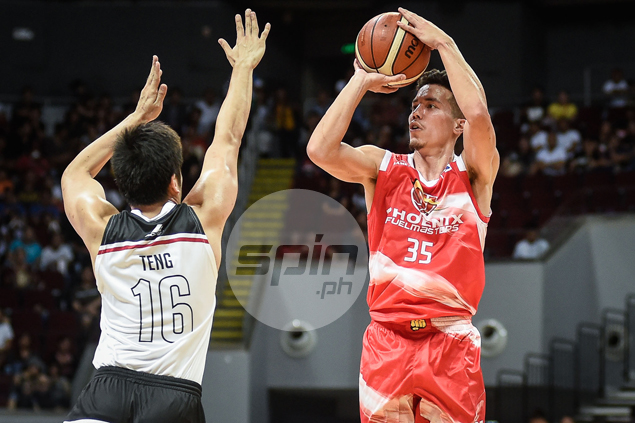 His impressive performance in his first full stint with the national team has earned him the confidence of coach Chot Reyes, who see him as an integral part of the Gilas program moving forward.

“That’s high praise but I’m still just one part of the team,” he stressed. "Every single one of us hold responsibility for the team and we each have just as equal amount of contribution to winning the (Seaba) championship.”