Like Gilas, Korea also bringing in young guns to Clark

GILAS Pilipinas won't be the only team investing on its youth come the third window of the 2021 Fiba Asia Cup qualifiers in Clark.

Korea is also sending two of its top young stars in the June 16 to 20 tilt with Lee Hyun-jung and Yeo Jun-seok joining the squad.

Lee is a 20-year-old, 6-foot-7 winger who is fresh from his sophomore year in Davidson College, while Yeo is a 19-year-old, 6-foot-8 banger who was named as the MVP of the 2019 Basketball Without Borders Asia Camp.

"I am greatly looking forward to see these two players to become the players whom we can trust for the next decade. Then, I strongly believe it will be my responsibility to guide them in the right direction to become the best players in the nation," said new Korea coach Cho Sang-hyun in an interview with Fiba. 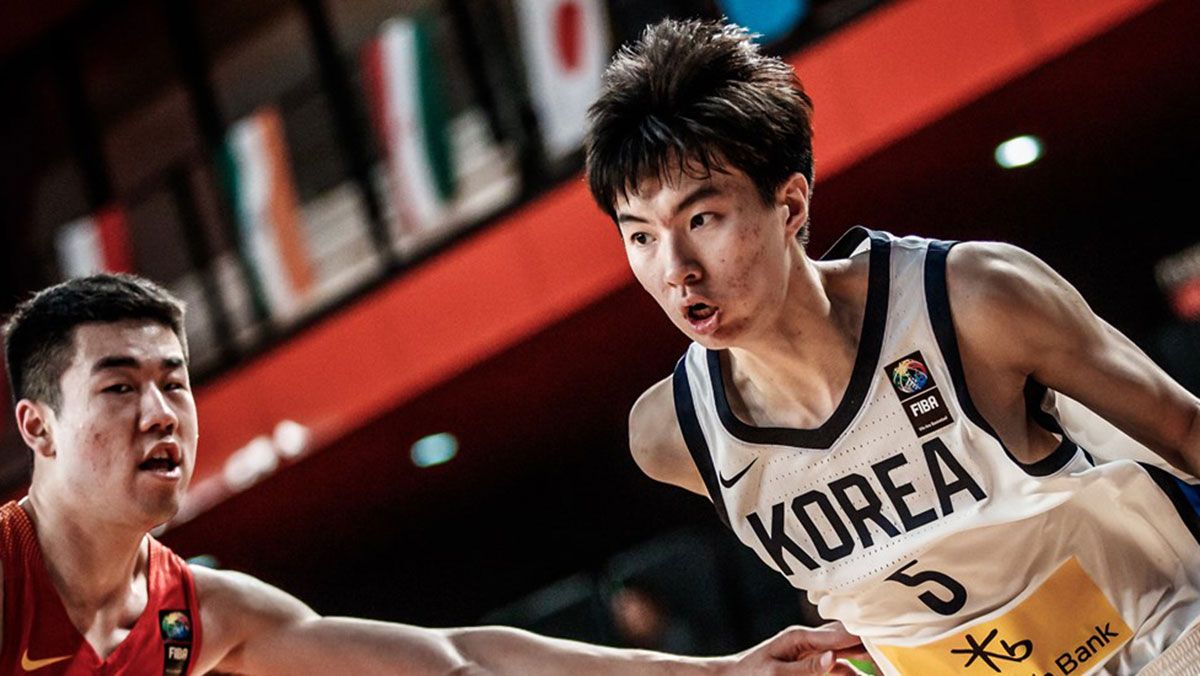 Lee Hyun-jung tries to get past a defender.

Both of whom were already part of the national youth team, representing Korea in the 2018 Fiba Under-18 Asian Championship.

And safe to say, Cho is excited for these young cogs.

"I've been watching him for a while because of his potential, and now I am sure he's going to be a great asset for the team as being a shooter with his tall height," he said of Lee.

As for Yeo, Cho said, "He is still a high school student, but his speed and physical feature cannot be matched in his age group. Therefore, I believe he can play in the senior national team. With his talent, I am going to put him as three or four, depending on the situation."

It's a glimpse of the future for Korean basketball as Cho sees his two wards blending in well with mainstays Ra Gun-A, Lee Dae-sung, and Lee Jung-hyun and giving the squad a revitalizing presence in its quest to book a ticket to the continental tilt.

"As this team got much younger compared to the previous group of players, I am looking forward to see a lot of energy on the court,” said he said. “That means energetic and sticky pressure on the opponent for the defense and fast-paced, strong attack to the rim for the offense."

Korea is bracing for a killer four-games-in-five-days schedule as it faces Gilas Pilipinas on June 16 and 20, Indonesia on June 17, and Thailand on June 19.