ANGE Kouame's bid for Filipino citizenship is just the first step in the Samahang Basketbol ng Pilipinas' (SBP) plan to have a pool of naturalized players for Gilas Pilipinas.

"We would like to ultimately have a pool of players that are more 'horses for courses.' That term means if it's a muddier race track, you want a horse who is better running in mud as opposed to a hard one," explained SBP program director Tab Baldwin on Coaches Unfiltered.

He still needs to gain approval of Congress and Senate through Senate Bill No. 1892 filed by SBP Chairman Sen. Sonny Angara, and the most important signature of President Duterte, to become a full-fledged Filipino.

The SBP hopes to fasttrack that process so Kouame can suit up for Gilas Pilipinas come the third window of the 2021 Fiba Asia Cup qualifiers in February.

But the federation isn't stopping there as it hopes to have more naturalized players at its disposal for future international competitions.

SBP has also had talks with former San Miguel reinforcement Chris McCullough, but that has yet to gain ground.

Also part of that naturalized pool are Christian Standhardinger, Stanley Pringle, and Mo Tautuaa — players with Filipino lineage but disallowed from playing as locals in Fiba-sanctioned tournaments for failing to secure Philippine passports before turning 16. 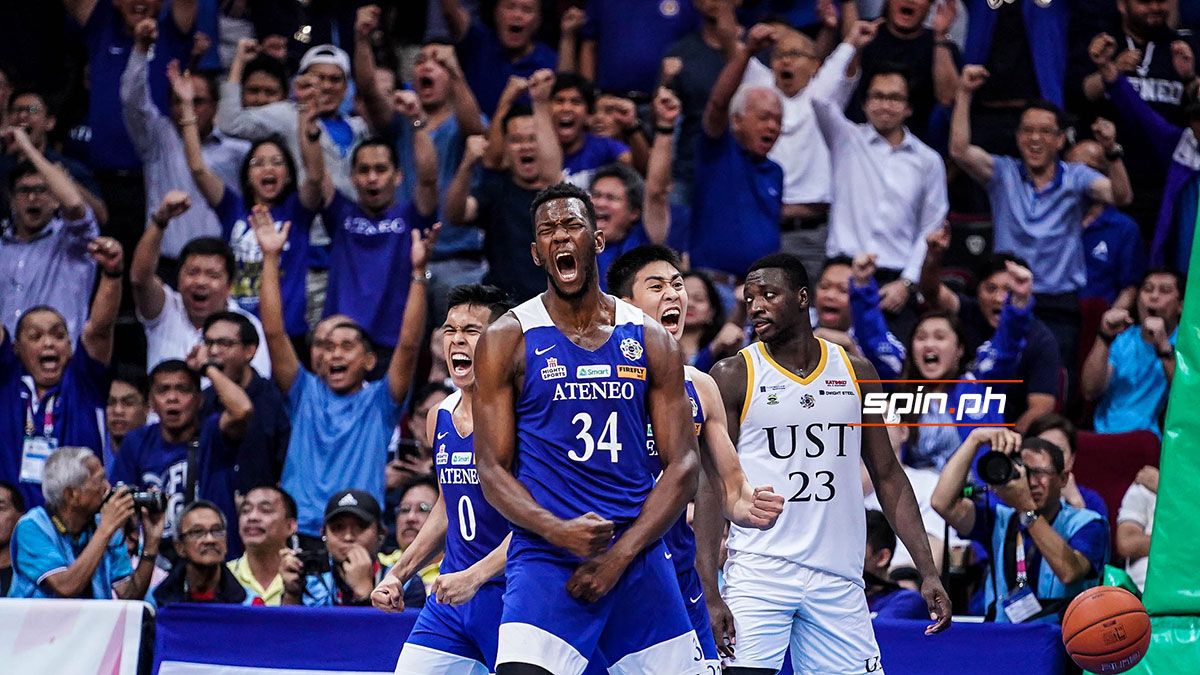 That only opens up windows of opportunity for the Philippines, said Baldwin.

"If we get an extended pool of naturalized players, whether that means the current group given their availability or more players coming in that we identify who want this and who Congress can see is appropriate to allow them to grant Filipino citizenship, obviously that's good for the program," Baldwin said.

"And we are working to identify guys that might apply," he added.

That, though, is looking at the big picture.

For now, SBP's focus is getting Kouame's papers ready in time for the next series of games, where the Philippines is set to face Korea and Indonesia.

The SBP is also inculcating the Filipino culture in the Ateneo banger.

"At the end of the day, our focus is on Ange and getting him through the process, and letting Congress see that these guys make a real contribution to Philippine society," said the American-Kiwi mentor.

"It's important to me that we don't just see these guys as basketball players, but we see them as ambassadors of the country, wearing a basketball uniform, and moving within our community and other communities around the world as Filipinos."