GILAS Pilipinas' young legs will be tested in the November window of the 2021 Fiba Asia Cup qualifiers.

In a revised schedule obtained by Spin.ph, the Philippine team will be put through the ringer as the all-cadets team will now play four games in four days in Manama, Bahrain.

The first game against Thailand will now be on November 27, moved a day later from its original playdate. This game was the rescheduled duel from the first window of qualifiers last February.

Korea, meanwhile, will be waiting a day later on November 28, although it's still unclear if the Koreans will field a squad in this window after earlier pronouncements of the national federation begging off due to COVID-19 concerns. 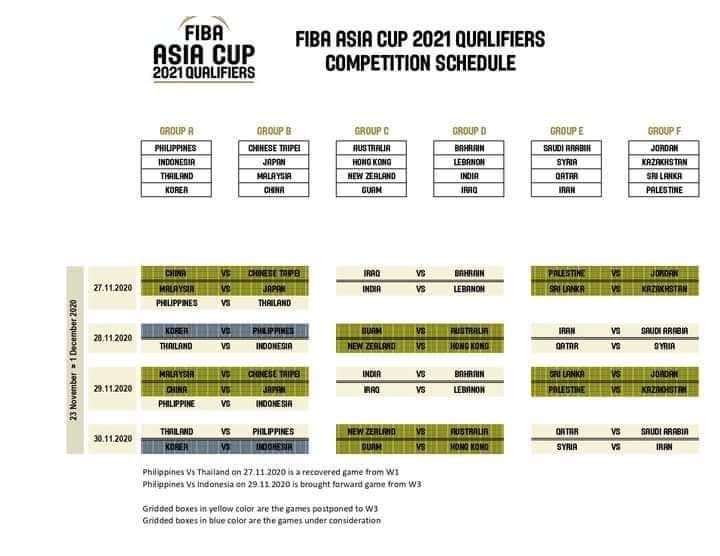 A well-prepared Indonesian side of coach Rajko Toroman get their crack on this young Gilas squad on November 29. This game was moved from the third window on February 2021 to the November window.

And capping off the killer schedule is Thailand anew, still set on November 30.

Samahang Basketbol ng Pilipinas (SBP) has yet to confirm the schedule.

Still, it's going to be a test of mettle for Gilas, with the Philippines leaning on collegiate stars Kobe Paras and Juan Gomez de Liano, as well as special Gilas draftees Isaac Go, Rey Suerte, Allyn Bulanadi, and twins Matt and Mike Nieto.

The team just began training at Inspire Sports Academy in Calamba, Laguna last Friday and are hoping to build enough cohesion to represent the country well in Bahrain.

Kouame, however, has yet to secure his Filipino citizenship which would prevent him from suiting up as the naturalized player for the country in the said series of games.