Kiefer relishes shot at another SEAG gold, this time with Thirdy

Ravena's Japan B.League stint ends this weekend and he is set to return to the country on Tuesday to join Gilas Pilipinas in practice before leaving for Hanoi.

The Shiga Lakestars star said he has always been open to play for the national team even though he didn’t make the initial SEA Games pool. Ravena said he got a call from the Samahang Basketbol ng Pilipinas officials after Robert Bolick and Dwight Ramos became unavailable for the SEA Games.

Ravena happily accepted the offer to play in the SEA Games again, while also putting on hold his initial plan to train for the next season of the Japan B.League as well as his possible return to the PBA.

The call-up puts him in position to win another gold medal in the SEA Games, appearing in the biennial meet consecutively since 2011 in Jakarta, but this time with his brother also part of the team. 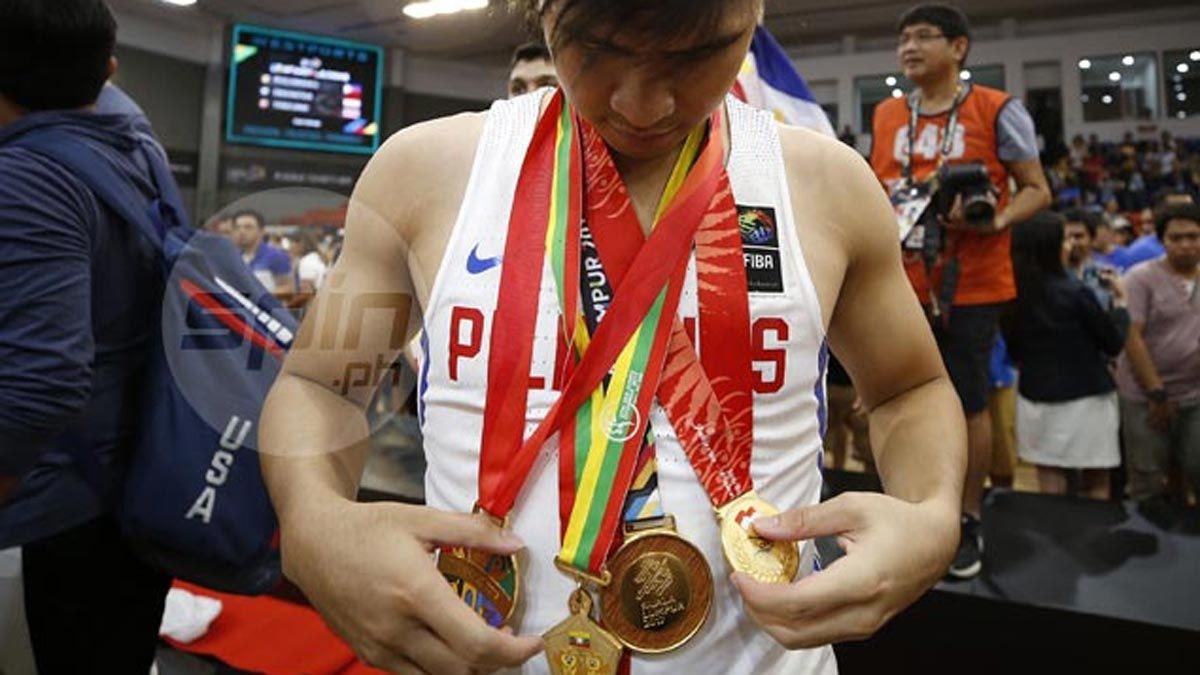 Thirdy is making his SEA Games debut in Hanoi, and will also join the squad after his stint with San-en Neophoenix in the Japan B.League.

Ravena vowed to work hard being a late entry in the team, while also helping in the bid to retain the gold in the SEA Games against teams that are out to finally break the drought against the Philippines.

“I have a grasp of what coach Chot wants to run. I’m sure it has evolved through the years. Marami nang dagdag tsaka nagbago. I will still try my best to learn it as quick as possible,” said Ravena.

“It’s either to play the Philippines in the finals or win it all. Ayaw namin mangyari ‘yun in our watch with our squad,” said Ravena.