Still ineligible for tuneups, Ravena willing to do 'odd jobs' for Gilas in Spain

WHILE he's yet eligible to play, Kiefer Ravena is going with Gilas Pilipinas to Spain for a series of tune-up games in time for its 2019 FIBA World Cup campaign.

In return, aside from serving as practice player, the sophomore guard is willing to do odd jobs for the national squad.

"I think at this moment of our journey to the World Cup, the little things will matter the most, yung kung papaano ko sila matutulungan off the court and on the court," said Ravena in between icing both of his legs after Gilas Pilipinas had its last practice Saturday before departing for Europe the following day.

Those little things meant even to the extent of acting as assistant to head utility Bong Tulabot.

In a way, Ravena' s presence would come in handy for an undermanned Gilas side.

With Ravena still prohibited from playing in tune-up games, the national team will only have the luxury of fielding a 10-man team in its tune-up matches against Congo, Ivory Coast, and hopefully Spain.

Not only that, Gilas will also be lacking in team personnel, with assistant coach Ford Arao unable to make the trip as well as physical therapist Dexter Aseron and yes, team manager Gabby Cui.

"Kami-kami lang ang nandoon kasi wala si coach Dex because TnT is still there," said Ravena of Aseron, who is also the physical therapist of the Katropa, who are currently in the finals of the PBA Commissioner's Cup.

"So all the hands that we can use to help each other will be really beneficial to the team," Ravena added. 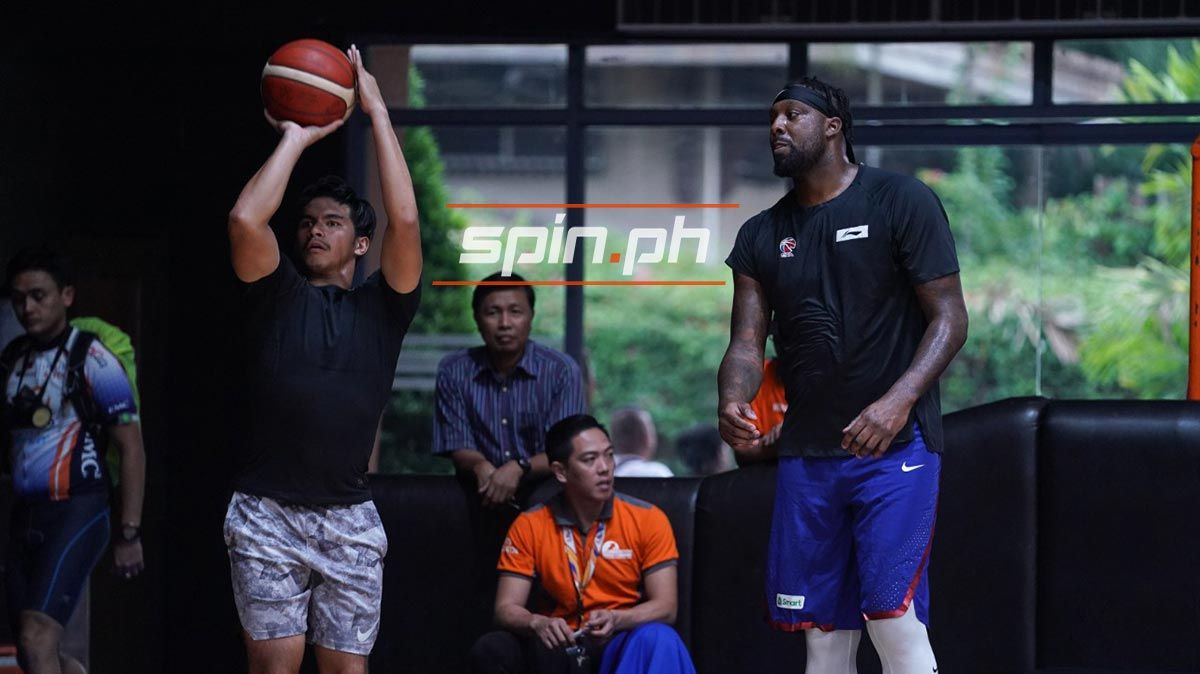 Still Ravena won't be remissed with his duty as a player.

"For me I will have to watch a lot of film, watch a lot of things that I still can do to really prepare myself para pagdating ng laro, parang nakakasama ko rin sila all throughout this journey na nakakapaglaro ako kahit na hindi," he said.

Ravena's FIBA suspension won't end until August 24, that's why he's grateful for his teammates and the entire coaching staff for trusting him enough to bring him along with them in Spain.

"Pero isasama nila ako doon. So I still have to do my assignment, still have to workout, stay in shape. It's not a vacation for me which I wish it had. But hindi, trabaho ito for each and everyone of us."