KIEFER Ravena, Japeth Aguilar, Kobe Paras, CJ Perez and Fil-German Christian Standhardinger were among the PBA players added to the Gilas Pilipinas pool ahead of the first window of the qualifiers for the 2021 Fiba Asia Cup.

The Samahang Basketbol ng Pilipinas (SBP) and the PBA announced on Friday a 24-man mix of collegiate standouts, PBA stars and incoming pro league rookies to make up the national pool for the February games against Indonesia and Thailand.

Thirdy Ravena, Kobe Paras, and Fil-American Dwight Ramos, who had a stint with Cal State Fullerton and is now red-shirting at Ateneo, were also included in the pool.

Standhardinger will likely be the naturalized player of the team, which, surprisingly, didn't include five-time PBA MVP June Mar Fajardo. 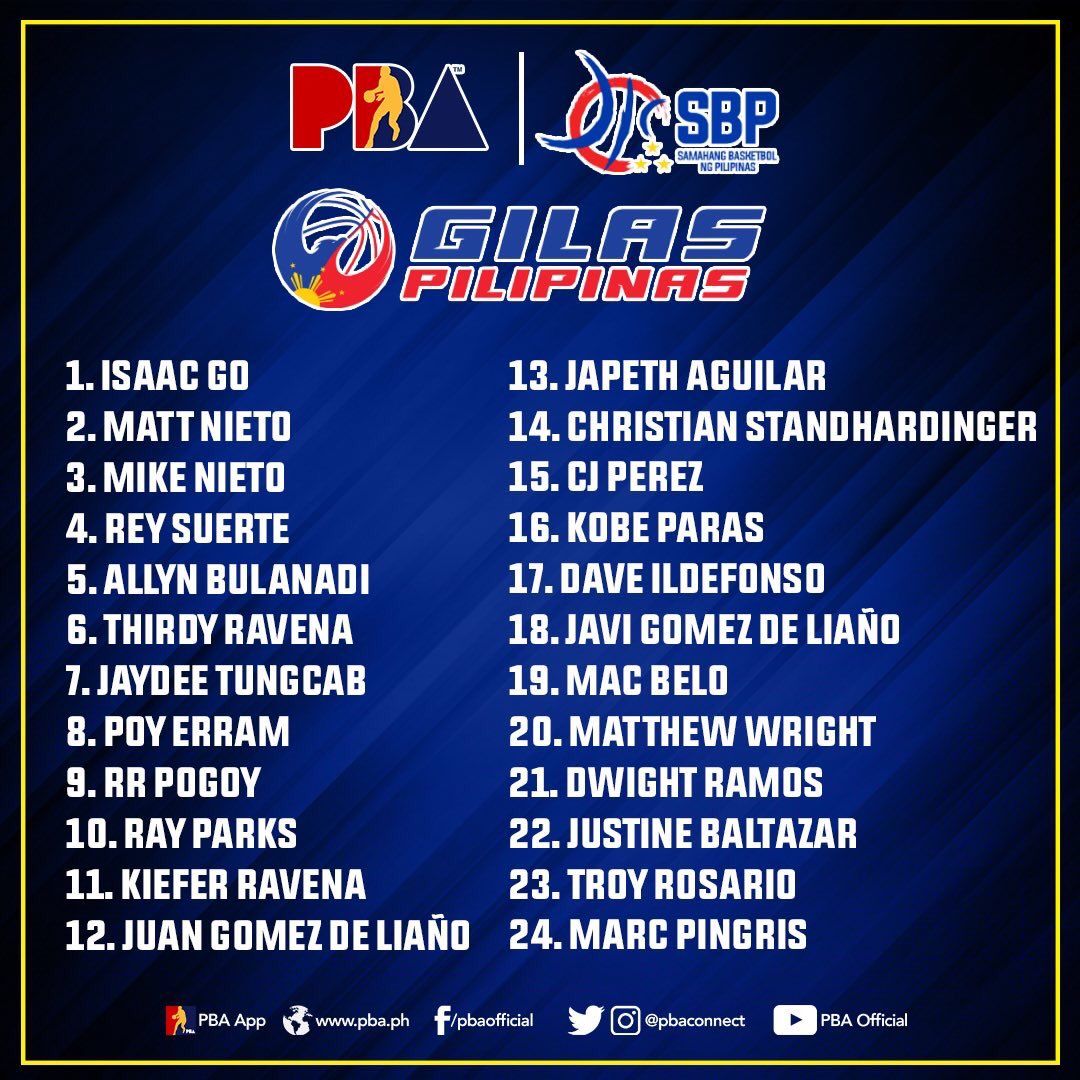 Also named to the Gilas pool were PBA players Poy Erram, Roger Pogoy, Japeth Aguilar, Mac Belo, Matthew Wright, and Troy Rosario, while Jaydee Tungcab, Javi Gomez De Liano and Justine Baltazar complete the 24-player pool, from where the Final 12 for the first window of the Fiba Asia Cup qualifiers will be picked.

PBA commissioner Willie Marcial said the 24-man pool was finalized during the league’s board meeting on Thursday where SBP president Al Panlilio was also present in his concurrent capacity as Meralco governor.

Marcial, however, said the SBP has not decided yet on who the interim coach will be for the first window where the Philippines will face Thailand and Indonesia in February 20 and 23, respectively.

Curiously, the 6-foot-10 Fajardo, who has played for Gilas Pilipinas in two World Cups, was not part of the pool for the Fiba Asia Cup qualifiers. 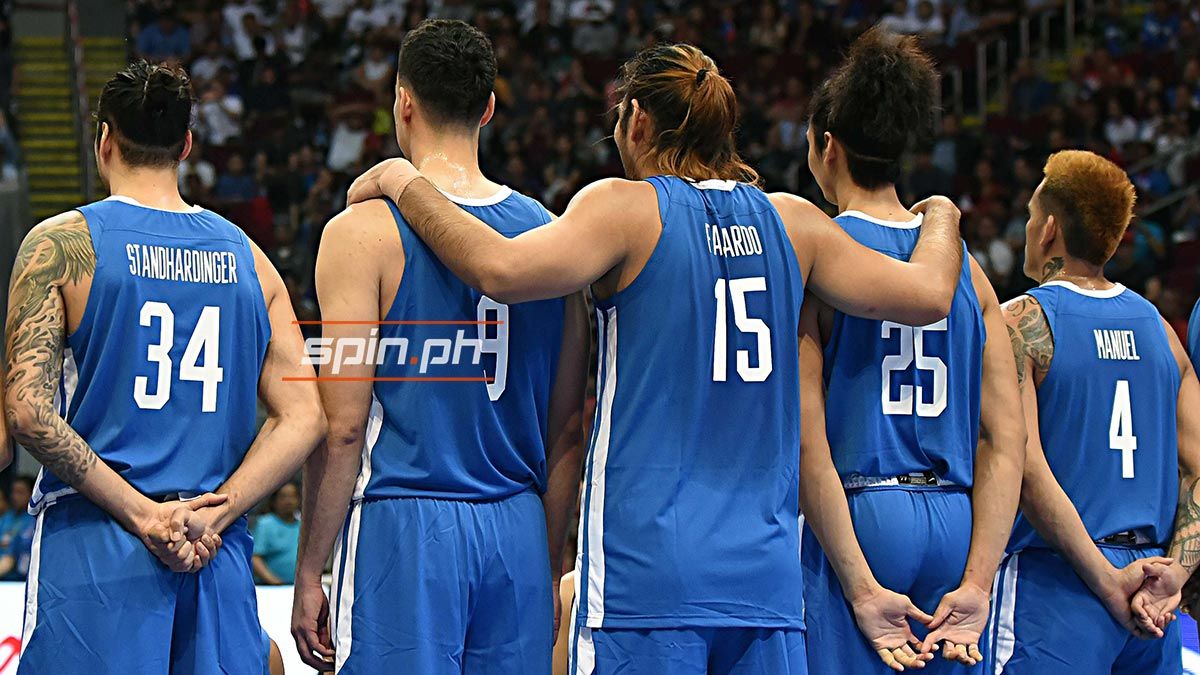 Another surprise is the inclusion of Pingris, who will be vying for a spot in the 12-man roster for the first time since suffering an ACL injury with Magnolia in the PBA that sidelined him for more than a year.

The SBP also selected just one naturalized player as categorized by Fiba in Fil-German Standhardinger, instead of including Stanley Pringle in the pool.

Brothers Kiefer and Thirdy, meanwhile, are also in line to become teammates for the first time in the national team. Kiefer and Thirdy played for Gilas on separate occasions during the Fiba Basketball World Cup Asia qualifiers.

Others who will be looking to make it to the final 12 are Parks and Paras, who last played for the national team in the 2017 Southeast Asian Games.