SOPHOMORE guard Kib Montalbo is in the running among the TNT players being considered for inclusion in the Gilas Pilipinas roster for the opening window of the FIBA World Cup qualifiers.

Coach Chot Reyes disclosed the former La Salle stalwart has been tapped to help the national team play 5-on-5 games during training for the Feb. 24 to 28 tournament at the Smart Araneta Coliseum.

“We’re taking a look at Kib Montalbo because we have no point guard aside from Juan Gomez de Liaño,” said the Gilas mentor at the virtual Philippine Sportswriters Association (PSA) Forum on Tuesday. 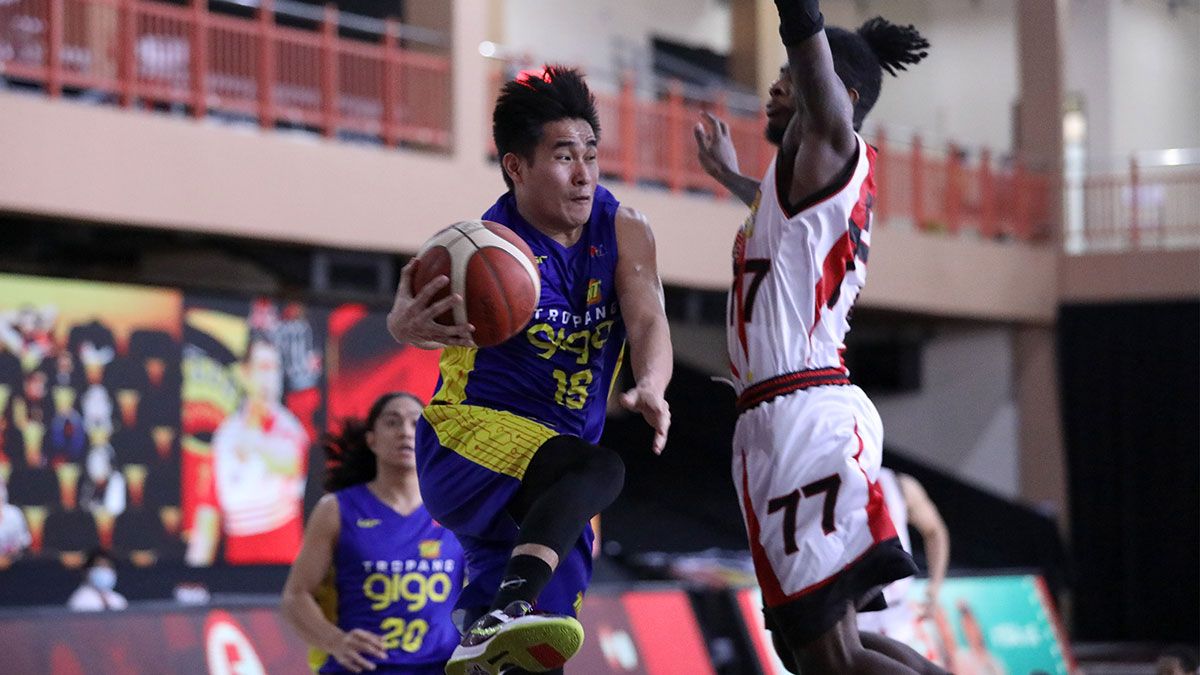 If ever, this will be the first Gilas stint for Montalbo, who actually hasn’t suited up yet for TNT Tropang Giga in the PBA Governors Cup after coming off a surgery during the season-break to repair a meniscal tear.

But he did win his first pro championship with Reyes as coach after the Tropang Giga ruled the last Philippine Cup bubble in Bacolor, Pampanga.

A photo of the Gilas team while in training camp at Malarayat in Batangas came out Monday showing players belonging to the national pool such as Ange Kouame, Dwight Ramos, Jaydee Tungcab, Tzaddy Rangel, Will Navarro, and De Llano, together with TNT players Roger Pogoy, Poy Erram, Troy Rosario, and Montalbo.

With the exception of Montalbo, Pogoy, Erram, and Rosario were all part of the Gilas team previously.

Reyes, however, was quick to deny the players are the ones who will already make up the team to the first window.

“We’re very careful to make an impression to the public that that’s the team. It’s not. The team is a work in progress. Wala kaming nilalabas na lineup precisely because we don’t know the final lineup is going to be,” he said.

“The players on the photo are those who are practicing with Gilas. So nakikita ninyo yung original members of the pool plus some members of TNT,” Reyes added. “So right now, we are making do of what we have para maka-sampu yung Gilas at makalaro, dinagdagan natin ng TNT players.”

The Gilas team broke training camp in Malarayat on Sunday and has since relocated its practices at the Moro Lorenzo gym.