GILAS Pilipinas' biggest question heading into the third window of the 2021 Fiba Asia Cup qualifiers is who will take the lead in being the stable court general for the group.

The Philippines' guard rotation was severely hurt with the injuries suffered by Matt Nieto, who was the team's leading assist man with 4.7 dimes per contest, Rey Suerte and Dave Ildefonso, as well as the omissions of the likes of Juan Gomez de Liaño.

That left the pool with young backcourt players who are only getting their baptism of fire in the seniors level once the games begin in Clark this Wednesday.

Yet for Jordan Heading, the Gilas pool no longer needs any delegating with the group, fully aware of what they need to accomplish once they're on the court.

"I don’t think any conversations really had to be had. I think we all just knew right away as soon anyone in the team gets injured — whether it’s captain Rey or anyone else — we have that next-man-up mentality," he said. 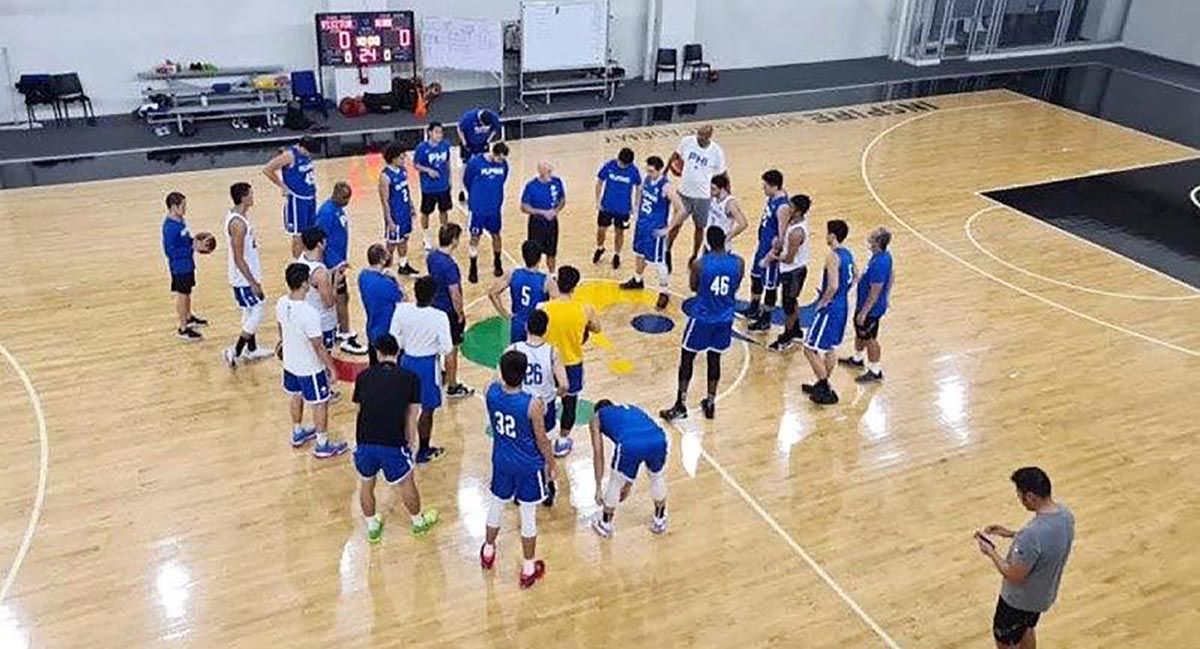 The Fil-Aussie Heading is one of those expected to play at the point, together with the likes of Dwight Ramos, SJ Belangel, RJ Abarrientos, and Jaydee Tungcab.

And he has high belief that anyone can do their job well once coach Tab Baldwin calls their number, no matter how young they are.

"I knew we had a lot of really good young talent here in the Philippines. And being with these guys for the last three months, I’ve seen that in one of each of these guys. The talent level is really there, so we just have to go out to play as a unit, play in a system hopefully to get the job done," he said.

But that responsibility isn't limited on the court but also off of it as well, with the 6-foot-2 Heading also tasked to be one of the leaders for this youthful pool -- one the 25-year-old has embraced with open arms.

"In terms of my experience with the game and having played in the United States and Australia and nationally with the Philippines, it’s just sort of trying to bring on my experiences together and help these young guys help keep their heads from stressful situations. It’s just really trying to bring a cohesive atmosphere and a positive attitude throughout the whole game in all of our trainings," he said.

These games will serve as the seniors debut for Heading, a former national youth team member, with Gilas bracing for games slated against Korea this Wednesday, Indonesia on Friday, and Korea again on Sunday.

And if there's a thing he truly relished in his time donning the national team colors in those youth competitions, it's that he'll always love having that Gilas jersey on.

"The core, [joining] the men’s team, obviously, has been a little quicker than I thought. And I’m really thankful for that, and I’m really excited for this opportunity," he said. "I had an amazing time with Batang Gilas and I’m sure my experience here is gonna be greater."
___