Will Jokic, Bogdanovic be back to haunt Gilas in OQT?

The availability of the 6-foot-11 center will largely hinge on how far the Nuggets will get in the ongoing NBA playoffs.

Denver, holding the No. 3 seed in the Western Conference, is currently tied in its first-round series against the Portland Trail Blazers.

Regardless of Jokic's availability, though, Serbia head coach Igor Kokoskov is spoiled for choice as The Eagles aim to claim the lone ticket to the 2020 Tokyo Olympics in their home qualifier. 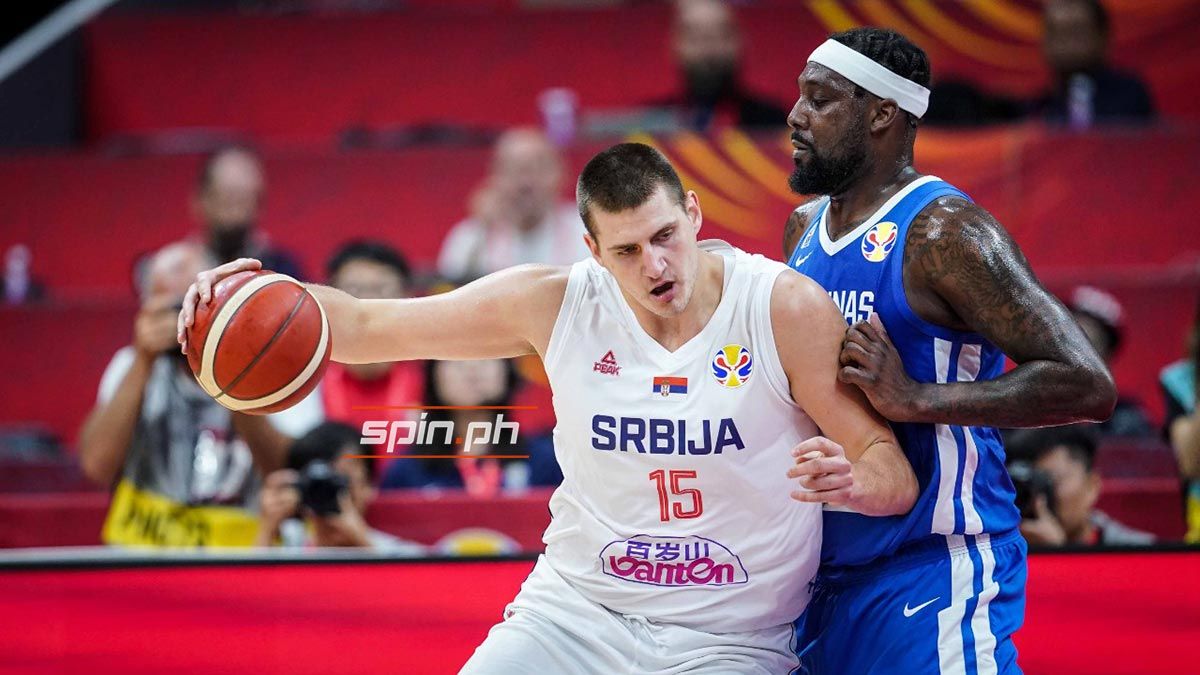 Jokic, Bogdanovic, Marjanovic, Bjelica, and Raduljica were around when Serbia dealt Gilas Pilipinas a 126-67 beating in the group stage of the 2019 Fiba World Cup in China.

Not only did Serbia beat Yeng Guiao's Gilas by 59 points, its former coach Sasha Djordjevic accused Filipino guard Paul Lee of 'playing dirty' and chided the Philippines for its 'lack of quality.'

Like Jokic, Bogdanovic's Atlanta Hawks and Marjanovic's Dallas Mavericks are still in the thick of the NBA playoffs battle.

Serbia is the favorite to come out of the Belgrade OQT and is slotted in Group A together with Gilas Pilipinas and Dominican Republic. Puerto Rico, Italy, and Senegal are in Group B.

Only the winner of the Belgrade OQT will book a ticket to the Tokyo Games, the same for the victors of the OQTs in Split, Croatia; Victoria, Canada; and Kaunas, Lithuania, with games to be held from June 29 to July 4.