Batang Gilas has what it takes to make it all the way to U17 world championships, says Jarin

FORMER youth coach Jamike Jarin likes the composition of the current Batang Gilas Under-16 squad so much that he feels the team is capable of qualifying for the Fiba Under-17 World Championship next year.

The current National University head coach said the current batch backstopped by Kai Sotto, Rence Padrigao, and McLaude Guadana has what it takes to go deep during this cycle which ends in the 2018 Fiba World Under-17 Championship.

“The Batang Gilas team has so much potential. They are the future of Philippine basketball. I truly believe this young men will make it to the Under-17 World Championship,” said Jarin. 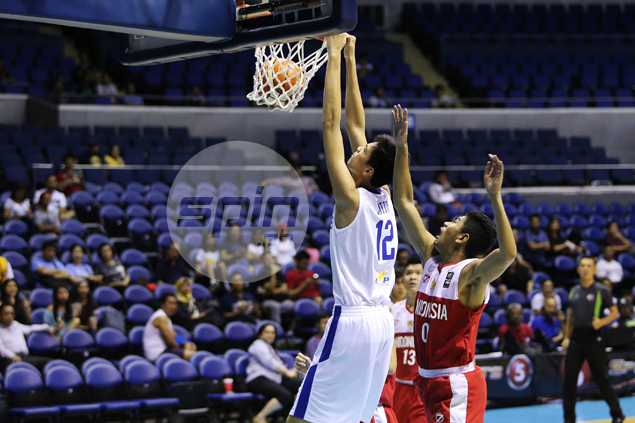 Under Jarin’s watch, the Philippine youth team led by current Ateneo standouts Mike and Matt Nieto and Jolo Mendoza reached the Fiba Under-17 World Championship in 2014.

Jarin lauded the team’s depth and mix of guards and bigs, something that his former team in 2014 didn’t have.

“I’m just happy for coach Mike Oliver [head coach], coach Jig Mendoza, and boss Andrew Teh [team manager] for forming the team of the future. (They are a) well-balanced group of young men,” said Jarin.

So far, Sotto, Padrigao, and Guadana have stood out in Batang Gilas’ first two games.

Padrigao, who will be an incoming Ateneo player, was also impressive against Singapore when he had 14 points, six assists, and two steals in their 66-point victory.

Guadana, meanwhile, was the standout for Batang Gilas on Monday against Indonesia when he posted a triple-double of 19 points, 10 rebounds, and 11 assists.

“We got size, speed, and smarts to really compete in the world championship. Last time, we went to the worlds, we didn’t have size and we only had speed. So I truly believed that this team will make it again,” said Jarin.