Jack Animam can finally savor the triumphant feeling after Gilas Pilipinas Women made history and won their first gold after topping Thailand, 91-71, in the women's basketball finals in the 30th Southeast Asian Games.

It was a celebration that came one month late for Animam.

History was within her fingertips when National University once again swept the UAAP eliminations and returned to the Finals for the sixth straight year.

Only two games separated her from leading the Lady Bulldogs to a six-peat, but in the middle of it all, the country came calling.

Not one to pass up the chance to don the national tri-colors, Animam took the chance and represented the country in the 2019 Fiba Women's Pre-Olympic Qualifying Tournament, but suffered an orbital fracture on her right eye after inadvertently catching an elbow from a Korean foe.

The severity of the injury kept her grounded in Auckland as the rest of the team went home. It also cost her a chance to play in the UAAP Season 82 women's basketball finals, where NU went on to win the cup and extend its unprecedented win streak to 96 games.

"Hindi ako nakapaglaro ng UAAP at ang layo ko sa kanila," she reflected as her collegiate career came to an end with her still overseas.

Denied of the chance to once again be part of history, the 6-foot-2 Animam set her sights on the next best thing: the SEA Games. 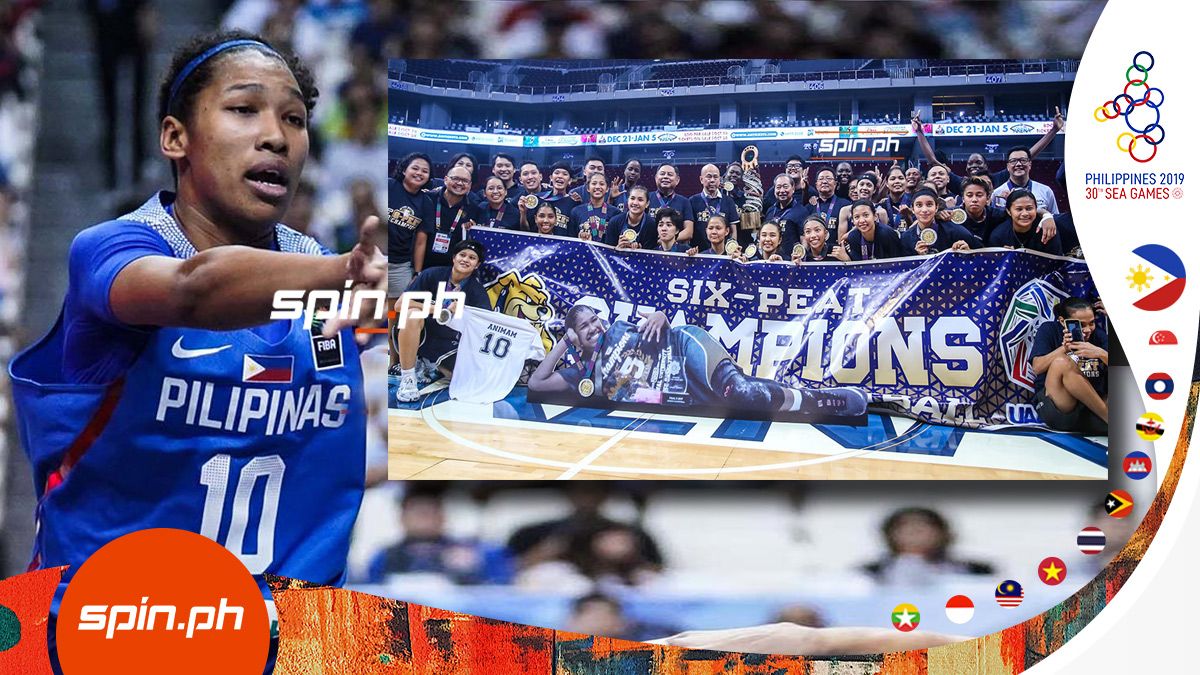 Animam made sure she won't be left weeping again.

The former UAAP MVP delivered eight of her 21 points in the Philippines' 23-9 third quarter pullaway as it went on to rout the Thai opposition.

To no one's surprise, she's a history maker anew.

Painful as the road was for Animam, it was all worth it. At the end of it all, she's a history maker anew.