Is Justine Baltazar being courted to be the next Gilas draftee?

IS Justine Baltazar the next player to be officially enlisted in the Gilas Pilipinas pool?

Details of the meeting also attended by veteran coach Alan Trinidad have not been disclosed, but all signs point to the 6-foot-7 center from Mabalacat declaring for the next PBA Rookie Draft - and joining the national team through the special Gilas round.

Pineda, who also guides the careers of PBA stars Arwind Santos, Calvin Abueva, and Ian Sangalang, has overseen Baltazar's progress even before the latter joined the National University Bullpups in the UAAP juniors division. 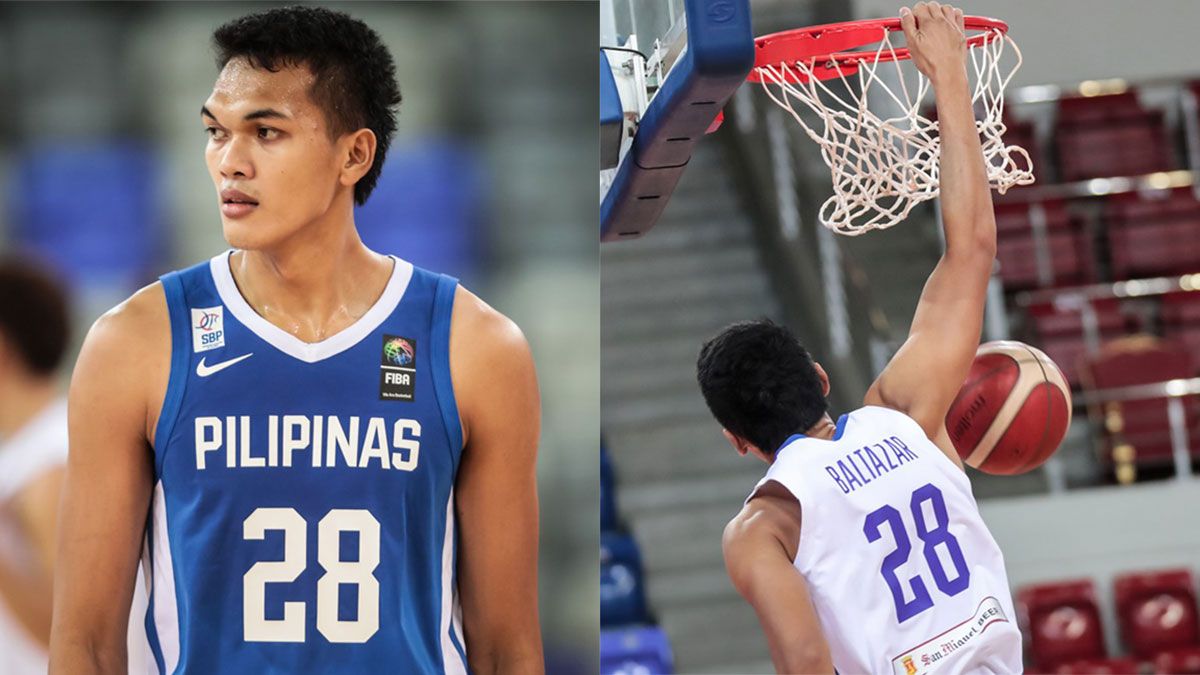 Baltazar is unquestionably the best big man in college today, as seen from his performances for La Salle in the UAAP, where he was twice named to the Mythical Team.

It is understandable why Gilas covets the kid.

He proved his worth in his Gilas debut this past second window of the 2021 Fiba Asia Cup qualifiers, where he averaged 7.0 points, 8.5 rebounds, 3.0 assists, and 2.0 steals in the Philippines' two-game sweep of Thailand in Manama.

Baldwin has since bared plans to switch Baltazar from center/ stretch four to winger, saying the prodigious youngster has the skills to play from the perimeter.

If the two parties come to an agreement, Baltazar will likely become part of the Gilas pool for the final window of the Fiba Asia Cup qualifiers to be staged in his home province from February 18 to 21.

Baltazar, 23, has one more eligibility year left with La Salle. But if he decides to stay in college, he will have to wait until August at the earliest to suit up for the Green Archers after the UAAP cancelled its season amid the COVID-19 pandemic.

If he declares for the annual draft proceedings, there's a strong chance Baltazar will be selected first overall by Terrafirma.

Currently, the SBP only has standing contract with the players who were chosen in the 2019 PBA Rookie Draft as part of its official Gilas pool, namely Isaac Go, Rey Suerte, twins Matt and Mike Nieto, and Allyn Bulanadi.

The federation and the PBA have yet to announce if it will hold another special Gilas round for the next draft proceedings to shore up the national team pool, although the SBP has made no secret of its desire to have one.