IF Samahang Basketbol ng Pilipinas (SBP) program director Tab Baldwin will have his way, there's no question that he will always go for the best players in the country when preparing for major international competitions like the Fiba Olympic Qualifying Tournament and the 2021 Fiba Asia Cup.

It's a no-brainer choice that any basketball follower will make nine times out of 10.

"I think that the general rule whenever you're going to a competition as serious as something like the Olympic qualification tournament is you want to send your best players," he told Hoops Life.

Baldwin added that with those players locked in, he would need at least six weeks to prepare to be able to lay down the system he would run to steer the team to victory, saying, "If I could have the most talented professional players in this country or any country, I would think, from experience, if you can get six weeks, that's about ideal. That's not about too long cause the pros won't get bored."

That, of course, is in a perfect world, one Baldwin and none of us live in.

The American-Kiwi mentor will have zero of those "best players in the land" as the SBP and PBA ultimately decided to go with an all-amateur team with a young, yet hungry pool for the upcoming competitions later this year.

It's a tough position to be in, but Baldwin is just making the most of the hand that he was dealt.

"Our hand is forced in this with the availability of the veteran players. This is a topic that has been labored over many years and many people discussed it and it really is a topic that doesn't have an easy solution. We have basketball entities in this country that work together and certain times, they're both asking for services of players. When schedules conflict, we've seen different kinds of solutions," he said. 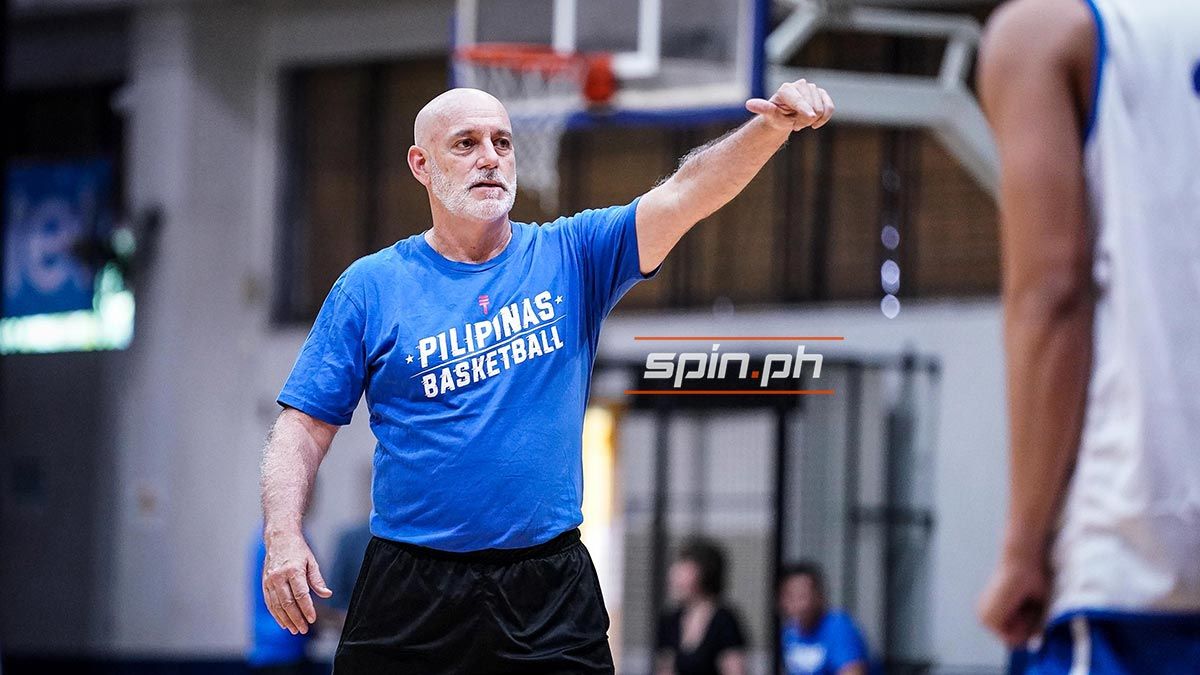 "Rather than force a situation which might not be tenable for the PBA or tenable for the SBP in terms of getting the veteran players in a long enough period, the decision was made that we are looking at preparing for 2023 [Fiba World Cup] primarily cause we're a host country."

Baldwin isn't just looking at the future, he's embracing it as he enlisted a bumper crop of young bloods, among the newcomers being Ateneo high-flyer Lebron Lopez, University of the Philippines banger Carl Tamayo, and Far Eastern University gunner RJ Abarrientos.

He's also hopeful to have 7-foot-3 Filipino prodigy Kai Sotto in the camp soon as they buckle down to work at Inspire Sports Academy in Calamba, Laguna.

No question, Baldwin knows that it's not the most favorable draw when building a national team program. But if it fasttracks the development of Gilas' future, then he's all in.

"There are always mitigating factors in most decisions that we make in life and in this particular one, we are in a program where we're grooming young talented players of the future for the future. The decision wasn't really that tough when we knew it could be a very useful exercise for our young players to go through these competitions, and at the same time, continue to work hand-in-hand with the PBA and help them achieve in these difficult times what they're trying to achieve," he said.

And it certainly helps that everyone in the pool has their full commitment to Gilas, with the collegiate and high school competitions yet to resume in this time of pandemic.

With Gilas handed with this extended time to bond and foster chemistry together, Baldwin is optimistic that this endeavor could only bear fruits for the program in the long run.

"With the young group, it's as much time as we could get with them cause it's never enough. At some point in the future, two to three years down the track, we may be talking about a six-week window to prepare [for the tournaments]. But there's just so much ground to cover with the younger players. There's skills, conditioning, fundamentals, concepts of the game, defensive concepts, systems, scouting, preparation games, and there's just not enough time for all of that," he said.

"Compromises are always being made, but in this particular point in time, because of the pandemic and the restrictions that exist, everybody has put in their goodwill hat and we're all trying to do what's best in basketball, and in the meantime, we're trying to put a competitive Gilas team on the floor and also prepare for future very important Gilas competitions."
___