Guiao claims visiting Jordan side 'was bullying us all the way'

NOT in our house, not in our country.

Yeng Guiao stressed he won't allow Team Pilipinas to be bullied by anyone, more so in front of its countrymen the way he said Jordan did during their tune-up match on Wednesday night at the Meralco gym.

The national coach said he felt enough was enough when a Jordan player threw the ball at Scottie Thompson following a foul with 6:26 minutes left in the match and the hosts leading, 82-73.

Guiao asked the referee that the visiting team be given a technical foul. He then went over to him and confronted the player, which Jordan coach Joey Stiebing didn't take sitting down, leading to a shouting match between the two mentors at midcourt.

The game was halted for about 10 minutes before Jordan decided not finish the match and handed the hosts victory.

“The incident that triggered the whole thing, their player threw the ball to our player, which was unnecessary,” said Guiao after the second tune-up game between the two sides in the last three days.

“I just didn’t want to be bullied in our own country. They were bullying us all the way. Andito tayo, tapos tayo pa yung binu-bully. Hindi naman dapat yun.” 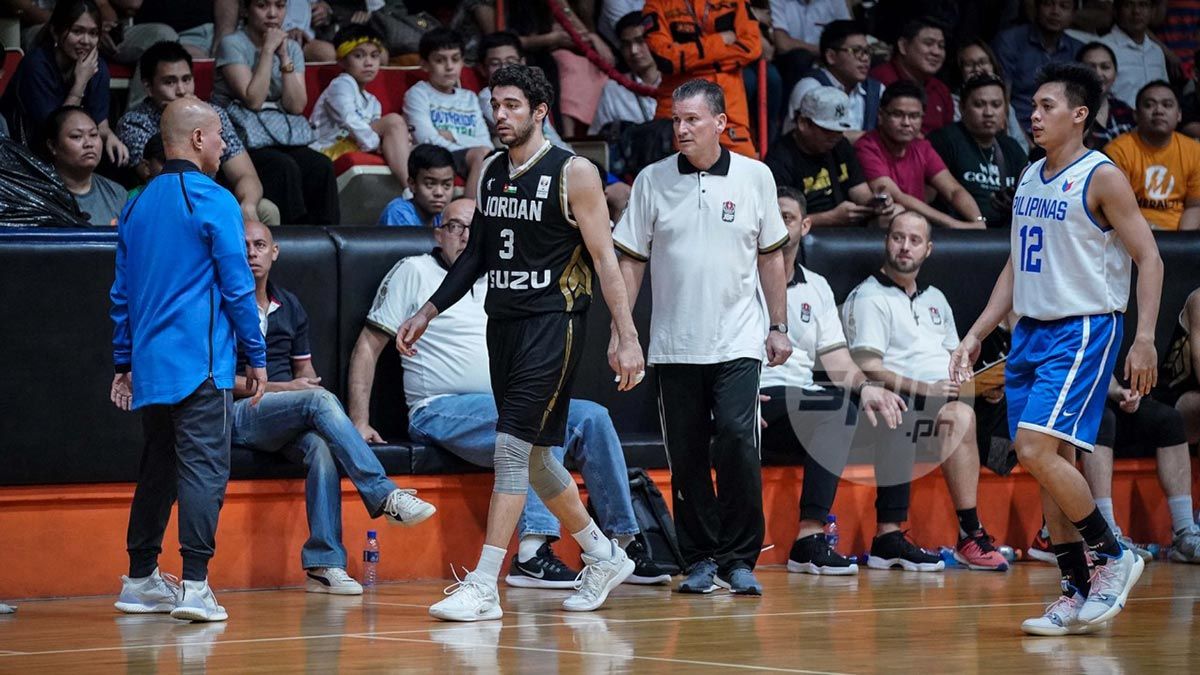 The NLEX mentor said he just wanted that the nationals be accorded respect by the visitors.

Guiao denied the accusations of the visiting team that the Filipinos were playing dirty.

“I don’t know what dirty things we did. Di ko alam kung anong dirty ang sinasabi nila. But sila ang dami nilang second motion,” Guiao pointed. “They are guests. Maybe it’s a two-way thing. But we did not do anything to them that they did not deserve.”

Guiao said Team Pilipinas, which lost to Jordan in their first tuneup game on Monday, would have wanted to continue playing.