GILAS Pilipinas Womens succumbed to its second lopsided defeat in the 2019 Fiba Women's Asia Cup, losing to powerhouse China, 104-57, on Wednesday at the Sree Kanteerava Indoor Stadium in Bangalore, India.

After Janine Pontejos' trey put the Filipinas within seven, 27-20, the Chinese responded with a huge 14-0 attack capped by a Xu Han jumper at the 3:04 mark of the second quarter to erect a 41-20 lead.

That proved to be the blow that opened the floodgates as China led by as much as 44, 91-47 courtesy of its 20-0 blitz to open the fourth period.

The Gilas Women lost to Australia by 66 points in their tournament debut.

Li Yueru also added 11 points, 10 rebounds, three assists, and two steals for the bronze medalists in the 2017 edition of the continental tiff, as three other players scored 10. 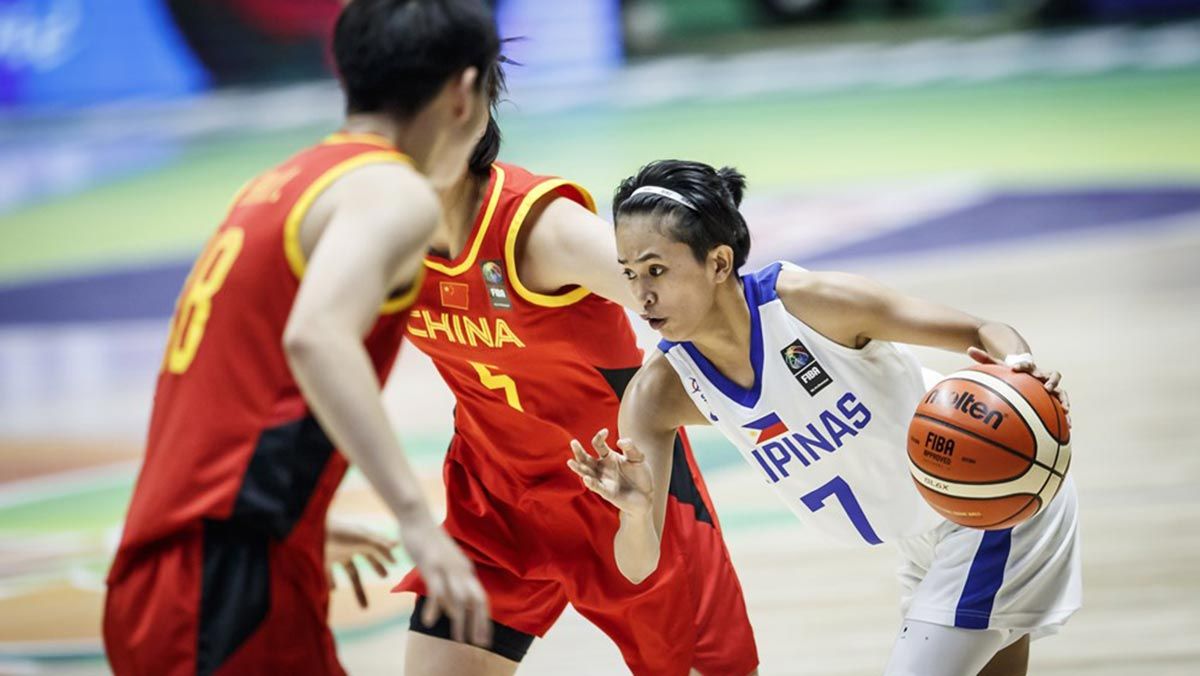 Afril Bernardino was the lone Gilas Women's player to get to double digits with 10 points, three rebounds, and two assists.

Pontejos got herself nine points, three boards, and three dimes, while Kelli Hayes was held to just eight points on a 3-of-15 clip from the field.

It was an overwhelming performance from China as it dominated the boards, 67 to 38.

The Philippines still has a chance to advance to the playoffs and avoid falling to the seventh-place game when it battles New Zealand on Thursday.

Both teams remain winless in the tough Pool B of the Division A tourney.