GILAS Pilipinas will go through the ringer come the Fiba Olympic Qualifying Tournament in Belgrade as the Philippine team will play in back-to-back days.

The schedule for the said OQT has been released on Wednesday night and laid out the games for the six-nation tourney, with only the winner earning a berth to the 2020 Tokyo Olympics. 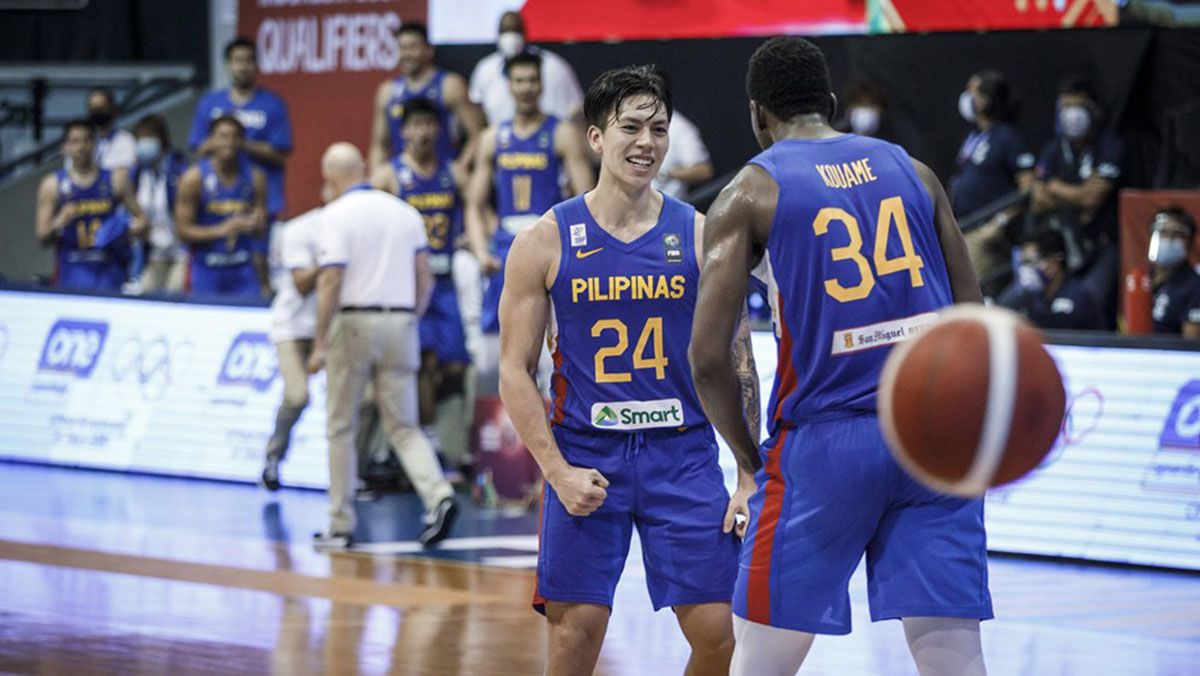 Awaiting Gilas on June 30 (2:15 a.m. on July 1, Manila time) is hosts Serbia, which are definitely coming in as the favorites.

Despite not having 2021 NBA MVP Nikola Jokic, the Serbians remain formidable with NBA stars like Bogdan Bogdanovic, Boban Marjanovic, and Aleksej Pokusevski expected to suit up for this campaign.

Less than 24 hours later, the Philippine team will be bracing for Dominican Republic on July 1 (2:15 a.m. on July 2, Manila time).

Serbia and Dominican Republic will face off in the first day on June 29 (2:15 a.m. on June 30, Manila time) in the other Group A action.

All games will be held at Aleksandar Nikolic Hall in Belgrade.

Only the top two teams in each group will advance to the knockout semifinals, to start on July 3.

The winner of the Belgrade OQT will join hosts Japan, reigning Olympic gold medalist United States of America, 2019 World Cup champion Spain, Argentina, France, Australia, Nigeria, Iran, and the victors of the other OQTs in Kaunas, Lithuania; Victoria, Canada; and Split, Croatia to complete the 12-team field for the men's basketball tournament.
___