GILAS Pilipinas' job was already done when SJ Belangel drilled the game-winning, buzzer-beating three to deliver the 81-78 victory over Korea on Wednesday.

That gave the Philippines the elusive win it needed to formally book a spot to the 2021 Fiba Asia Cup in Indonesia in August.

But the youthful group refused to be complacent and kept on grinding, scoring a 76-51 win over Indonesia on Friday and an equally impressive 82-77 conquest over the same Korean team on Sunday to complete a 6-0 romp in the qualifiers and snag the top seed of Group A.

As uplifting as the accomplishments was for the young turks, sweeping the two-game series against Korea was all the more satisfying given the history the Philippine national team has had against our longtime tormentors.

So when was the last time the Philippines had a winning streak against the Koreans?

Almost five decades ago back in the 1970s when there was a last recorded back-to-back wins for the Filipinos over the vaunted Koreans.

That was in the 1971 ABC Championship, the predecessor to the Fiba Asia Cup competitions, in Tokyo when the Philippine team scored an 88-80 win over the SoKors.

Danny Florencio, Freddie Webb, Ed Ocampo, and Robert Jaworski led the squad coached by Ignacio "Ning" Ramos as the team escaped the Koreans and hiked their record to 5-0 in the nine-nation, round robin tournament.

However, the Philippines got blasted, 93-69, in the next game by Japan, who went on to claim the gold medal in the tourney with a perfect 8-0 record.

The Filipinos settled for the silver medal after their 7-1 card.

Still, it earned the country a spot in the 1972 Munich Olympics. 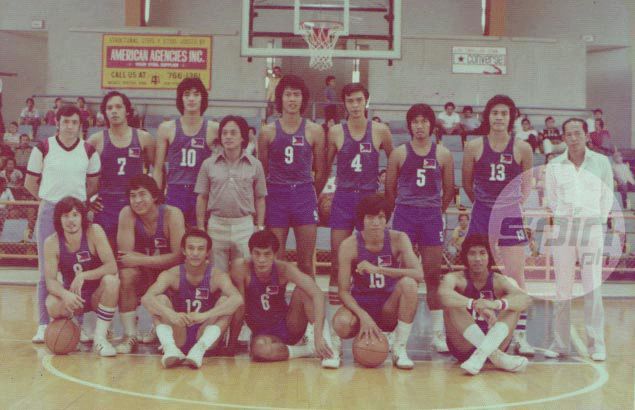 Two years later, the paths of the Philippines and Korea crossed anew, and it was back home here in Manila for the 1973 ABC Championship.

Jaworski was back in tow, but he didn't come alone as the Philippine team was a who's who of the best young talents then, coached by Valentin "Tito" Eduque.

That Philippine team had to wait until the six-team round robin championship phase before facing Korea, and how fitting was it that the duel was the decider on which country will come away with the gold medal.

The hosts, however, did not disappoint the fans who trooped to the Rizal Memorial Coliseum as Adornado guided the Filipinos to a 90-78 triumph to rule the tourney and complete an immaculate 10-0 campaign.

Adornado was named as the Tournament MVP, as the Philippines also earned a seat in the 1974 Fiba World Championship in Puerto Rico, the only Asian country to qualify to the global hoops showpiece that year.

Korea, on the other hand, settled for the silver medal.

Say what you will, but there's probably no Gilas victory more gratifying than earning one over Korea.