TWENTY-SIX years before Gilas Pilipinas asserted its supremacy in the Southeast Asian Basketball (Seaba) Championship on Thursday at the Smart-Araneta Coliseum, another Philippine team won a gold medal on the same hallowed floor of the Big Dome.

But it wasn't as easy.

In contrast to the romp of the current crop of PBA players that gave the opposition no chance on the way to a six-game sweep, an all-amateur Philippine team had to survive a tough Thailand side in the battle for the basketball gold medal in the 1991 SEA Games which Manila hosted.

That team, made up of the best group of amateur players at the time led by future PBA MVPs Vergel Meneses and Johnny Abarrientos, and coached by Francis Rodriguez, did win the gold but not after getting a big scare from the resilient Thais, 77-72, in the final.

Aside from Meneses and Abarrientos, other members of that team were Jun Limpot, Marlou Aquino, and Bong Ravena, who eventually won the Rookie of the Year award when the batch stepped into the pro ranks following that 1991 campaign.

Also in the team were Vic Pablo, Boyet Fernandez, Macky De Joya, Bong Solomon, Nonoy Chuatico, Jolly Escobar, and Allen Sasan, all of which eventually made it to the PBA.

But that victory was sweeter for Meneses, Pablo and Limpot - all members of the SEA Games team in 1989 (head coach was Derrick Pumaren, with Yeng Guiao as one of the assistants) that lost to host Malaysia in Kuala Lumpur.

To this day, that team has a place in history as the only Philippine basketball team not to win the gold in a SEA Games where the country was a participant. 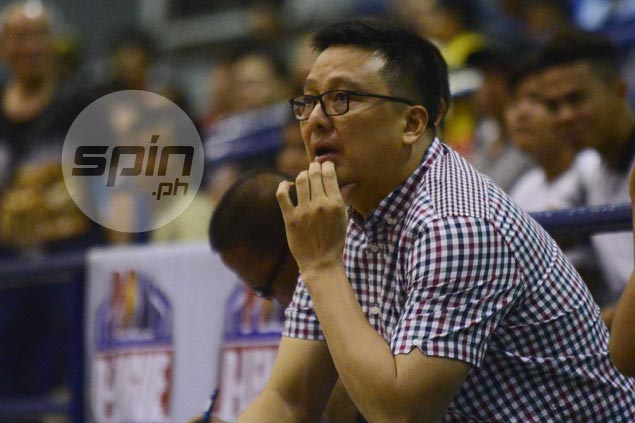 "Vindication sa amin 'yon, syempre," Meneses, a late addition to the gold medal-winning 1991 team, said on Friday when asked to look back at the events that played out before a large hometown crowd at the historic Araneta Coliseum.

Ironically, it was also Meneses who saved the day for that team.

The Philippine squad went 4-0 in the elimination round, winning all its games in lopsided fashion that included a 37-point beating dealt to Thailand. But it was a different story in the gold medal match played on December 4, 1991.

Limpot topscored for the hosts with 25 points while Aquino, one of the youngest in the team at 19, had 19 points, 12 rebounds, and five blocks.

The Philippine team, however, needed a running bank shot from near the top of the key from Meneses to weather a frantic comeback that saw the Thais pull within 75-69, with 1:16 remaining.

Only then did Rodriguez, who was assisted by the late Roel Nadurata on the PH bench, finally breathe easy.