IMPRESSIVE as Gilas Pilipinas' performance against Serbia in the Fiba Olympic Qualifying Tournament in Belgrade was, it has a chance to prove that this young crew truly is for real.

A spot in the knockout rounds hang in the balance on Friday (Manila time) when the Philippines and Dominican Republic lock horns at Aleksandar Nikolic Hall to close out pool play.

The two nations face off for the first time ever at 2:30 a.m. as the valiant Filipino studs go to war anew, carrying the hopes of its faithful as the whole country goes to slumber.

Gilas should be feeling good after its tough stand against world no. 5 Serbia, losing only by seven points, 83-76, on Thursday and briefly erasing the bitter memories of the 59-point beatdown their professional counterparts suffered in the 2019 Fiba World Cup.

Coach Tab Baldwin was quick to remind his wards that this is another game in its own, and uplifting as that showing against the Serbians are, Dominican Republic poses a different threat.

Ange Kouame and Filipino Kai Sotto will once again be at the forefront of this battle, while also hoping to sustain the solid games are Justine Baltazar, Jordan Heading, and RJ Abarrientos.

Dwight Ramos, still dealing with his strained groin, remains ruled out for this tiff. 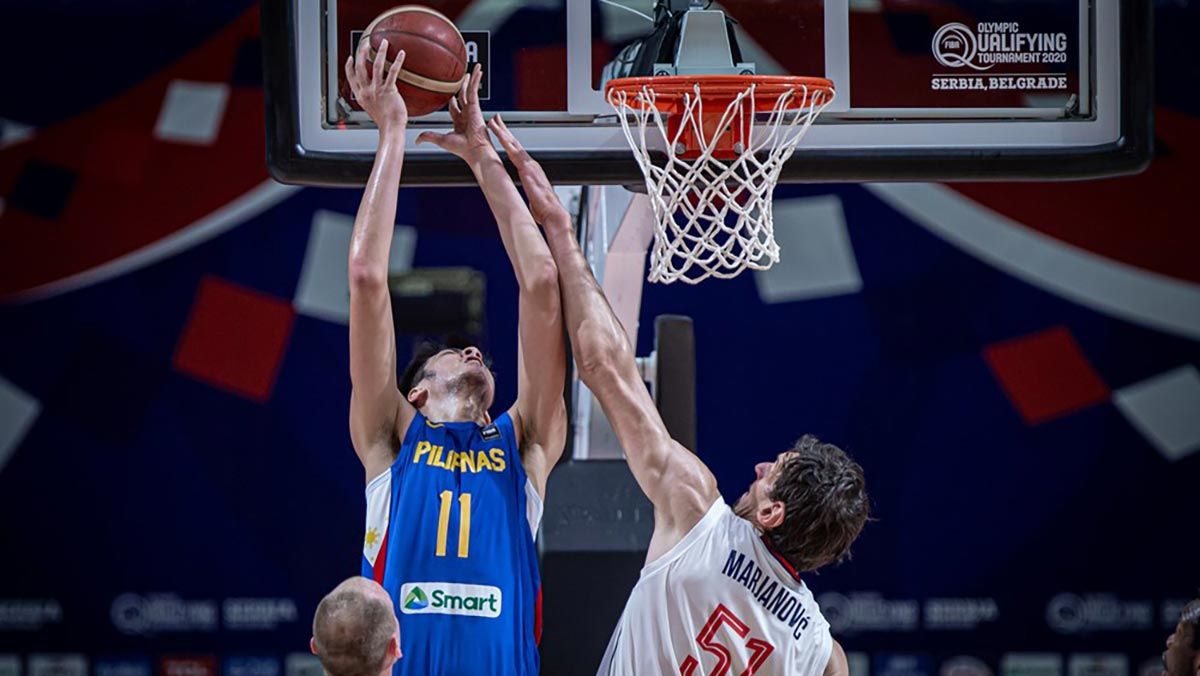 Dominican Republic, meanwhile, enters the game well-rested and is hungry to get back from its 94-76 defeat to Serbia on Wednesday.

Gilas must watch out for Dominicana's guards led by Victor Liz and Michael Torres Cuevas, who both fired 16 points in the losing cause against the Serbians two days back.

The winner of this game will take on the victor of the lone Group B matchup between Italy and Puerto Rico as the two dispute the bracket's leadership ahead of the semifinals.

Both nations gained byes to the knockout rounds after Senegal's pullout due to COVID-19 infections within its delegation in its training camp in Germany.