No sweat as Gilas cruises to 51-point win over Singapore

HANOI – Gilas Pilipinas pulled off another dominant victory on Wednesday, defeating Singapore, 88-37, to remain unbeaten in the 31st Southeast Asian Games at the Thanh Tri Gymnasium.

The Nationals never gave the Singaporeans any chance, opening up a 15-3 lead by holding their opponents without a field goal until the final minute of the first quarter on the way to their third win in as many matches. 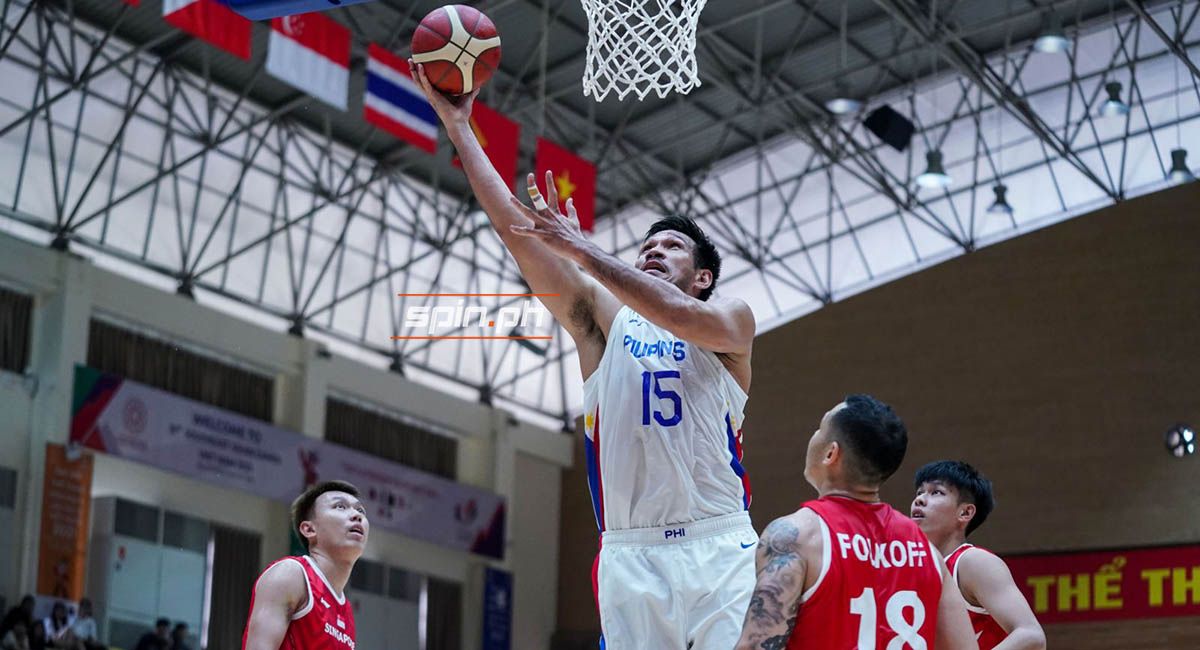 Gilas will play Vietnam on Thursday, before taking a break at the end of a four-day, four-game swing that included a 76-73 win over Thailand on Monday and a 100-32 victory over Cambodia on Tuesday.

Roger Pogoy topscored with 19 points, while Francis 'LeBron' Lopez had 18 markers as the Philippines moved two wins away from a 14th consecutive basketball gold medal in the biennial showpiece.

Gilas coach Chot Reyes said the emphasis was on defense after Leon Kwek exploded for 27 points in Singapore's game against Vietnam on Tuesday.

Kwek only had six points in the game.

“We wanted to start with a very good defensive effort kasi when we scouted them, grabe si Kwek. Deadly talaga siya. The game plan for him would be to really make him a focal point and make sure to stop him,” said Reyes. 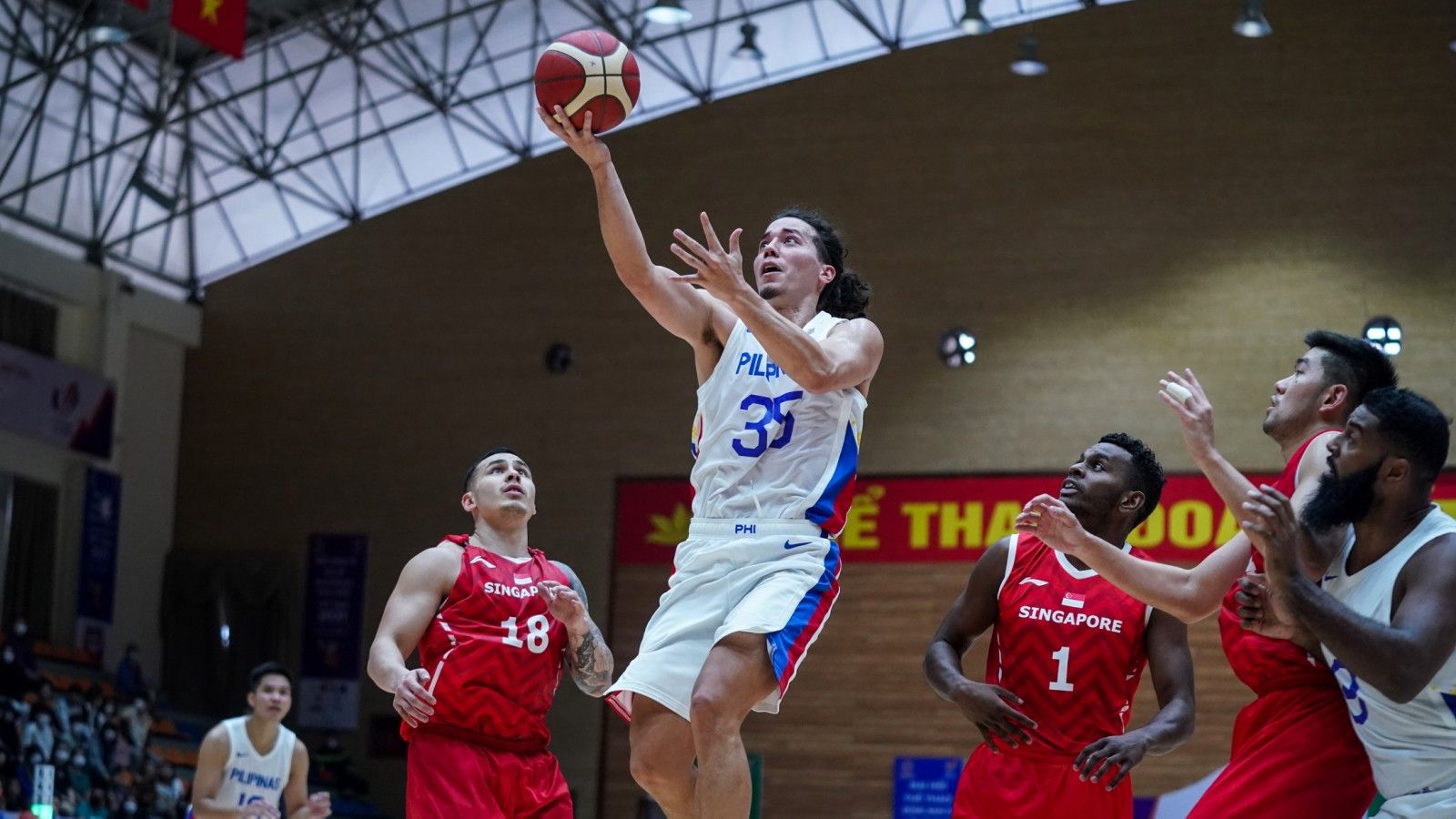 Pogoy was very active on offense and shot 8-of-17 from the field, while Lopez had 11 points in the fourth period to help Gilas maintain the huge margin.

Jaydee Tungcab also got minutes and finished with 11 points alongside Matthew Wright. June Mar Fajardo had eight points and 11 rebounds for Gilas.