GILAS Pilipinas' two games in the third window of the 2021 Fiba Asia Cup qualifiers will push through all.

Just hours after Gilas Pilipinas announced it was breaking up camp, Fiba released a memorandum late Friday night stating two games will still be held in the Philippines, with Clark once again hosting games for two groups.

The international governing body for basketball has yet to indicate which groups will come to Clark, although chances are it will be Group A, comprised of the Philippines, Korea, Thailand, and Indonesia, and Group B, which features China, Japan, Chinese Taipei, and Malaysia.

Doha was supposed to host Group E, which has Iran, Syria, Saudi Arabia, and hosts Qatar, although chances are games for this group will be held in Lebanon.

"We are happy to state that in these difficult circumstances that we are experiencing, and just within the 18 hours after the forced cancellation of the Qatar bubble, four national federations already expressed their support to Fiba by proposing to host one or more groups in their country to play the cancelled games," wrote Hagop Khajirian, Fiba executive director for Asia.

"Fixing the dates of the 'window to be created' under this unexpected and unordinary situation will still need about 10 days to be finalized. However, we have already decided to have these games in the Philippines, where the SBP will host two groups, and in Lebanon, where LBF will host the third group." 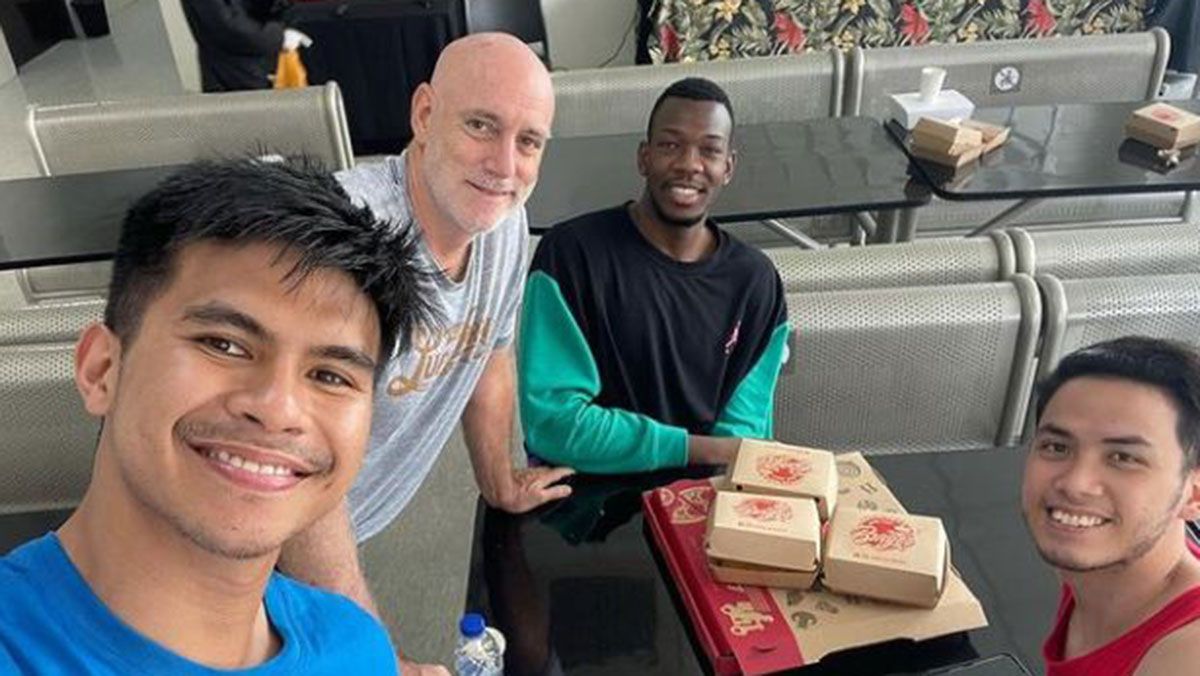 Clark was originally the host for Group A as well as Group C, composed of Australia, New Zealand, Guam, and Hong Kong, but had to pull out due to the travel restrictions imposed by the Philippine government over the new COVID variant.

Doha stepped up to take cover for the hosting, but had to cease it's hosting owing to the growing number of new cases of the COVID-19 strain in the Middle Eastern country.

It is not clear yet how the SBP plans to go around the strict travel restrictions in order to host two groups in the Clark bubble. 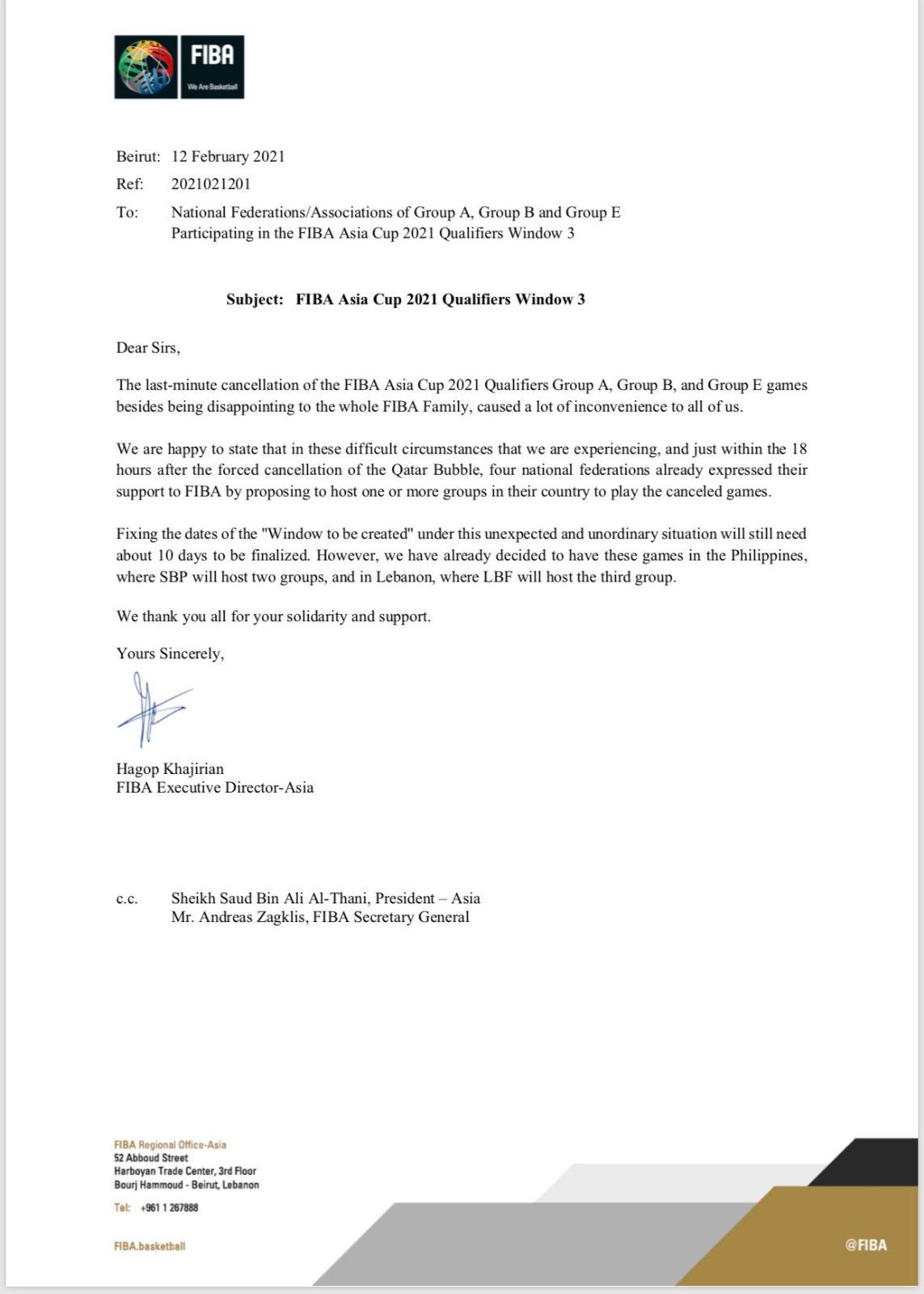