GILAS Pilipinas coach Chot Reyes is once again seeking the commitment of members of the national pool after only nine players showed up for its first practice for the third window of the Fiba Basketball World Cup Asia qualifiers on Monday night.

Reyes said he hopes to get the commitment of the other players soon before thinking about Gilas Pilipinas’ matches against Chinese Taipei and Australia in the third window of the Asia qualifiers for the 2019 Fiba World Cup in China.

“The most important thing is commitment,” said Reyes after practice. “Like today, half of the Gilas men are not here. I need to figure out and maybe get the entire team together and figure out if they are still committed to June 29.” 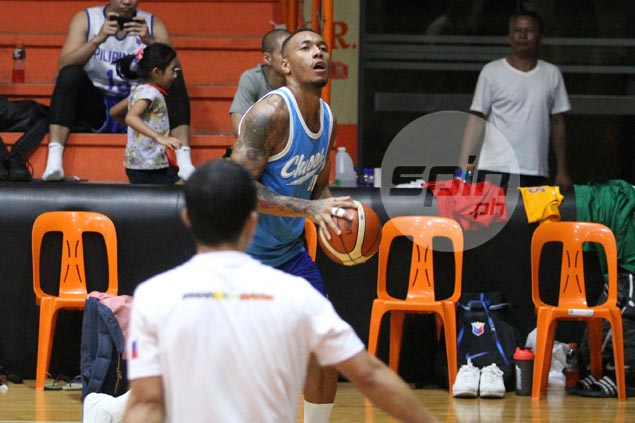 Only Kiefer Ravena excused himself from practice, according to Reyes, due to a prior commitment.

“Ang alam ko na nagpaalam lang si Kiefer because he is coming from a function in Iloilo. Other than that, I don’t know why the others aren’t here,” said Reyes.

The Philippines has already qualified for the next round but will seek to finish strong against Chinese Taipei on June 29 at the Taipei Heping Basketball Gymnasium and on July 2 against Australia at the Philippine Arena.

With only nine players attending, the Gilas sqaud went through a walkthrough of their plays with the help of the members of the Gilas cadets, including Kobe Paras and Ricci Rivero.

The players then had a light moment when they competed in a three-point shootout among themselves.

Reyes lauded the players who showed up.

“For me, even before we think about anything else, it’s just the commitment. You know that the guys who were here how committed they are,” said Reyes.