Jordan-A defeats Gilas to take No. 2 seeding in King's Cup

CAMERON Forte showed the way as Jordan-A defeated Gilas Pilipinas, 84-72, to end the preliminary round of the King Abdullah Cup on Saturday at Prince Hamza Hall in Amman.

The naturalized Jordanian forward thwarted the Filipinos' late rally, scoring five straight points after Gilas cut what was once a 14-point lead, 70-56, to just seven, 70-63, with 4:47 left.

Forte scored seven of his 22 points in the payoff period, finishing with 11 rebounds, two assists, and two steals.

Ahmad Al Dwairi then put on the finishing touches before Forte scored on a hook and Sami Bzai buried a three to make it an 82-65 game in the final 1:20.

It capped off an amazing second half for the Falcons as they recovered from a 32-21 deficit in the second frame.

Al Dwairi led Jordan-A with 23 points and nine rebounds as the hosts secured the No. 2 seeding in the semifinals of the five-nation tournament with a 3-1 record.

After going 7 for 13 fromthe three-point line in the first half, Gilas only made five of its 19 long bombs in the final two quarters.

Jordan Heading topped the Philippines with 15 points on 4-of-7 shooting from downtown, to go with four rebounds, while Carl Tamayo had 14 points and two rebounds.

Rey Suerte added 13 points and three assists, while Justine Baltazar had 10 and six as the Tab Baldwin-mentored crew dropped to an even 2-2 slate.

His struggles typified Gilas' performance as it lost the battle of the boards, 49 to 34, allowing Jordan-A to score 16 second chance points.

Dwight Ramos went scoreless, missing five shots in 16 minutes of play as the Filipinos shot themselves in the foot with 17 turnovers that led to 21 easy points for the Jordanians. 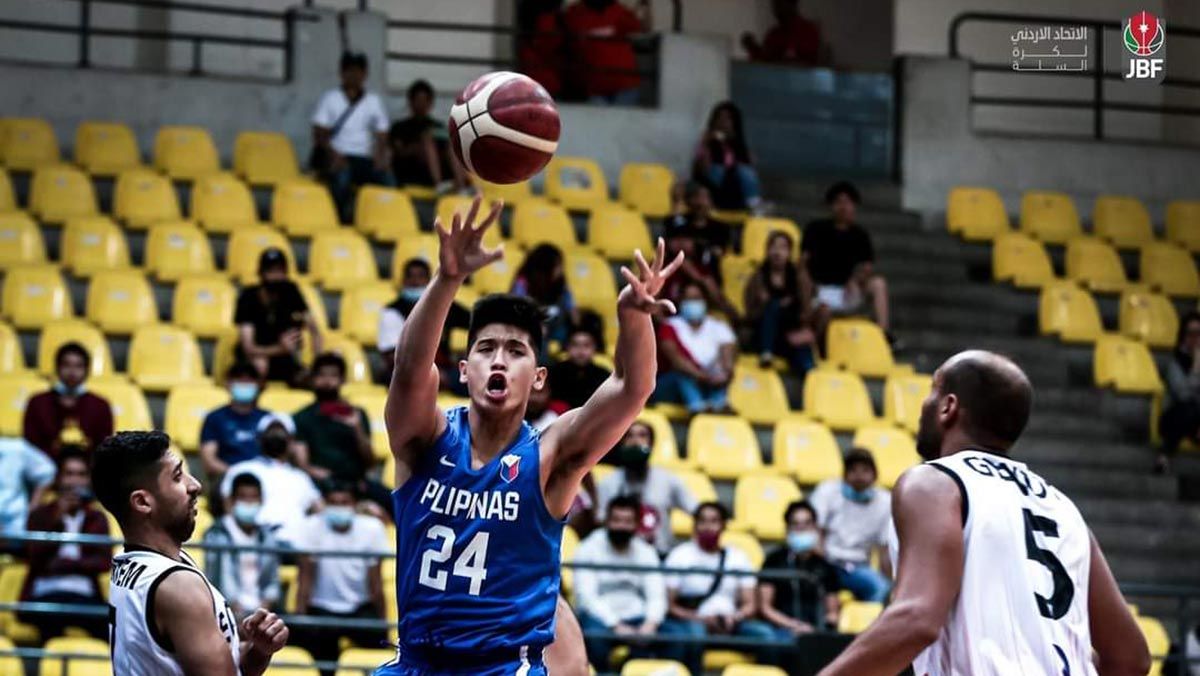 Stakes will be higher when the two teams face off anew on Aug. 1 at 12 a.m. in the knockout semifinals.

Amin Abu Hawwas and Fadi Mustafa both scored 12 in the Jordan-A win.