Rejigged Thailand 'the [SEAG] team I was most worried about,' says Chot

"This was really the team I was worried about," said Reyes after the 76-73 win over the Thais in Gilas' debut in the 31st Southeast Asian Games, "because they were playing four Americans and this is really a high-quality team."

The selection of PBA players was billed as an overwhelming favorite to win a 14th straight men's basketball gold medal for the Philippines, but they fell behind by 10 early, 21-11, and never really settled into any form or rhythm.

Although they regained the lead by halftime and kept a distance between them and the Thais the rest of the way, the Filipino pros finished poorly and - to Reyes' horror - gave the Thais an open shot at a tying three at the buzzer. 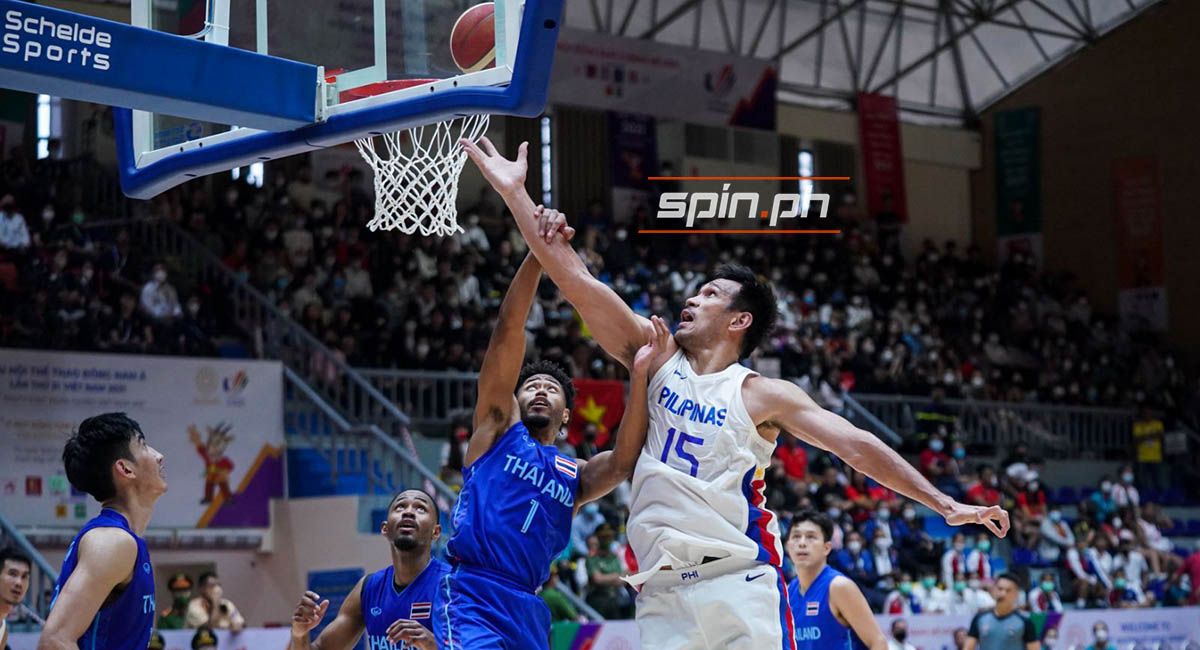 Reyes said he knew that Thailand would put on a challenge having four players with American heritage in Moses Morgan, Fred Lish, Jeremy Morgan, and Antonio Price Soonthornchote, who topscored with 18 points.

I don't want to say that I expected it, but I knew that there was a possibility that that [bad] start would happen," he said. "We just talked among ourselves and made sure that we didn't panic and that we stick to our game plan.

"And give credit to Thailand. They pressured us hard and they came in with a good defensive game plan," Reyes added. "In the end, I think our experience just came through."

Gilas returns to action on Tuesday with a game against Cambodia before taking on Singapore (Wednesday), host Vietnam (Thursday), Malaysia (Friday) and Rajko Toroman's Indonesian team on Sunday.

Reyes ackowledged the patchy performance, but also pointed out that the Thailand game was the first for this edition of Gilas, which didn't become complete until Kiefer and Thirdy Ravena arrived from Japan and Matthew Wright from the US last week.

"This was our first game ever as a team. We haven't even been able to scrimmage full court as a full team. And I think it showed with our turnovers, I think we had 19. and our lack of familiarity with each other," he said.

"Our post-game talk was all about the need to get better."