JORDAN Heading's upcoming stint in Taiwan may set a bad precedent that could affect Gilas Pilipinas' progress in the upcoming tournaments.

It's a problem the national federation is trying to avoid as it seeks clarification from Fiba and the Chinese Taipei Basketball Association (CTBA) with regards to the news of the Fil-Aussie guard's signing with the Taichung Suns in the T1 League.

Heading heading (no pun intended) overseas caught the SBP by surprise, especially with the long-haired guard still under contract with the national federation after being taken first overall in the special Gilas round of the PBA Season 46 Rookie Draft last March.

But here's where the confusion begins.

Terrafirma, the team that picked the 6-foot-2 guard, holds only the PBA rights of Heading. The 'live and legal' contract is between him and the SBP, committing him to be part of the Gilas pool until March 2023.

The problem, however, is that this deal is only with the national team and technically, he has no binding contract with any professional club.

It is this caveat, Spin.ph sources bared, that enabled Taichung to gain clearance from Fiba and allowed the Suns to move forward in signing Heading.

The SBP is currently in the process of clearing up the current situation with Fiba and the CTBA, one it is treating with immense care especially with more overseas opportunities opening up and a number of international ballclubs showing interest in young Filipino players, particularly those who are part of the Gilas pool.

Remember, the SBP has nine players under contract: Isaac Go, Rey Suerte, twins Matt and Mike Nieto, and Allyn Bulanadi from the 2019 draft class; and Heading, William Navarro, Tzaddy Rangel, and Jaydee Tungcab from the 2021 batch.

If Heading's signing gets the green light, what would stop other foreign teams from signing other members of the pool?

There's no question that these overseas stints would benefit the individual growth of these players. But these run straight to the SBP's plans of forming a cohesive team that can be competitive for the upcoming tournaments next year in the leadup to the 2023 Fiba World Cup.

Keep in mind: the biggest reason for Gilas' 4-0 sweep (including a pair of wins over Korea) in the 2021 Fiba Asia Cup qualifiers in Clark last June as well as its solid outing in the Fiba Olympic Qualifying Tournament in Belgrade was the extensive time that the team spent inside its training bubble at Inspire Sports Academy, forging chemistry and understanding coach Tab Baldwin's system full-time for almost three months before heading to war.

It is this model which the SBP is looking to duplicate as it slowly brings in young prospects to the fold in the lead-up to the Fiba World Cup.

Players can reiterate their commitments to the national team whenever they are called up, but with most of the Gilas prospects based overseas and current quarantine guidelines still restricting travel, how much time would it leave them to practice and fully immerse themselves to the team? So little. 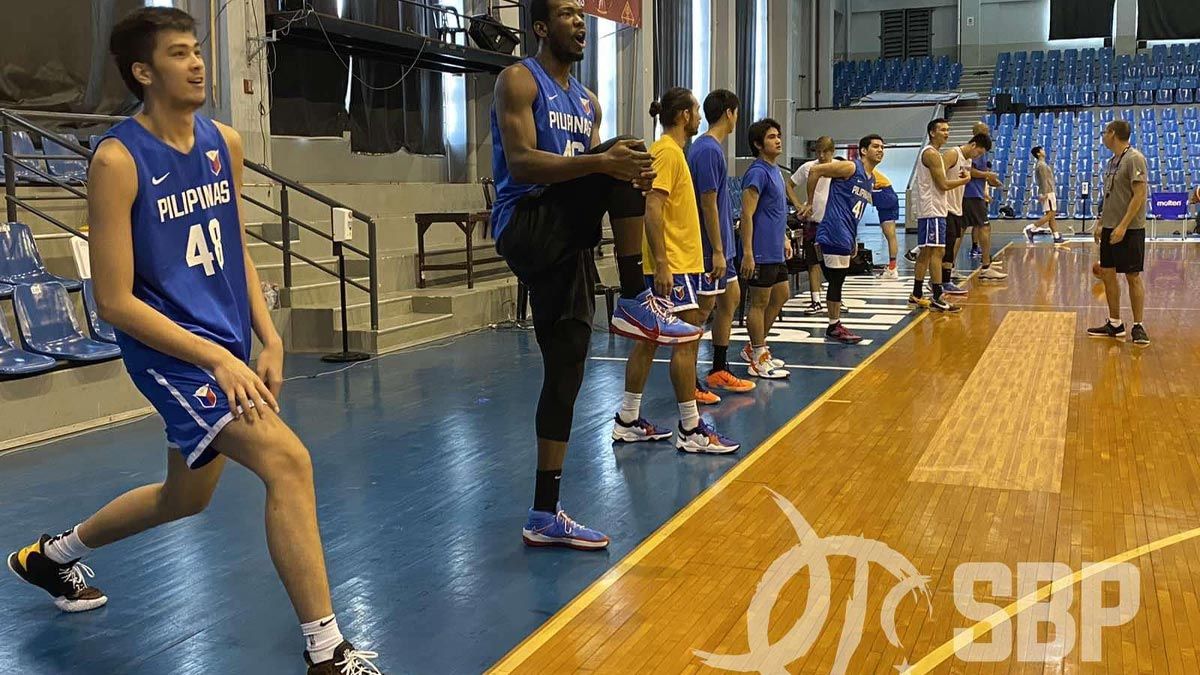 Just take the February window of Fiba, for example.

Although the Japan B.League allocates a two- to three-week break to accommodate the international windows, the biggest question will be how much time will the likes of Thirdy Ravena and Dwight Ramos get to come home and train with the squad.

It's all the more difficult for the likes of Kai Sotto of the National Basketball League (NBL) in Australia, Lebron Lopez of Overtime Elite (OTE), and even Heading in the T1 League in Taiwan, whose leagues do not even take a break for the Fiba windows.

The SBP would appreciate if these players can get to spend at least a month with the pool ahead of the Fiba World Cup Asian qualifiers, but on whether their respective mother ballclubs will allow them to leave for Gilas duty is not cast in stone.

Frankly speaking, there's really not much difference between this current dilemma of the SBP and the old system where players are called up from PBA teams and are given only a short time to prepare with Gilas.

Unfortunately, it's this path which the SBP may soon find itself in, again, all the more with the collegiate leagues like the UAAP and the NCAA plotting to resume their athletic competitions by the first quarter of 2022.

That makes this issue involving Heading a critical one for the SBP. And in all honesty, it's a standoff that Gilas and the national federation can't afford to lose.