FOURTH time was still not the charm for Gilas Pilipinas as it still could not hurdle New Zealand and fell, 92-75, Sunday in the 2022 Fiba Asia Cup at Istora Senayan in Jakarta.

The loss relegated the Philippines to the knockout playoff where it will have its hands full against Yuta Watanabe and Japan on Tuesday for the right to face Group A top seed Australia.

Gilas put up a strong fight in the first half, rallying from a 15-point deficit, 38-23, and cutting it down to just five points, 41-36, after a three-point play from Kevin Quiambao with 2:07 left in the second frame.

But the Tall Blacks were too disciplined to fold, tightening up on defense after the halftime break and broke the floodgates anew to take a 19-point edge, 65-46, after a Taine Murray corner three with 2:08 remaining in the canto.

Gilas staged a late rally and inched within 12, 84-72, after a Carl Tamayo inside jab, but back-to-back treys from Murray and Taki Fahrensohn sealed the deal for New Zealand within the final three minutes.

Kiefer Ravena captained the Philippines in the losing effort with 17 points, six rebounds, and three assists to sink to a 1-2 win-loss record in Group D. 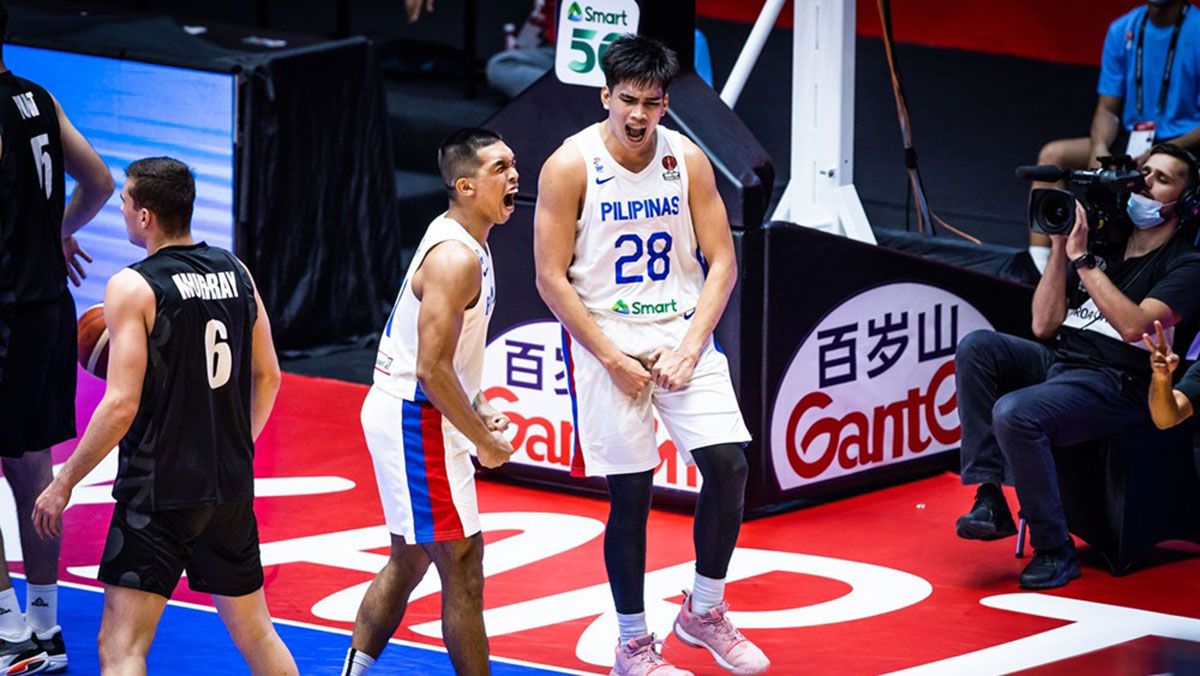 Kevin Quiambao also had his moments with 14 points, four boards, three dimes, and two assists, as Carl Tamayo also got 14 points and four rebounds in the loss.

New Zealand, on the other hand, claimed the no. 2 seed in Group D after rising to a 2-1 card and arranged a clash against Syria in the knockout playoff.

Flynn Cameron paced the Tall Blacks with 18 points, while Murray shot 4-of-9 from deep for his 16 points in the win.

The Kiwis set the tone early in the game in outrebounding the Philippines, 21 to one, in the first quarter before overwhelmingly lording the boards, 61 to 28.