WAS it prophetic or just miraculous in nature?

How ironic that on the eve of its Fiba Cup debut against defending champion China, coach Chot Reyes was talking about miracle during a Gilas Pilipinas huddle at the Hilton Hotel as he recalled the short visit the team made at the Our Lady of Lebanon shrine earlier in the day.

A Marian shrine and a pilgrimage site in Lebanon, the huge 15-foot bronze statue was built in honor of Mary, mother of Jesus, and which showed both her hands stretched towards Beirut.

Several accounts had been mentioned about how miraculous the image was, including an instance when its face changed direction turning from Beirut towards the Christian side during a civil war in the country where many Christians were killed by Muslim extremists. 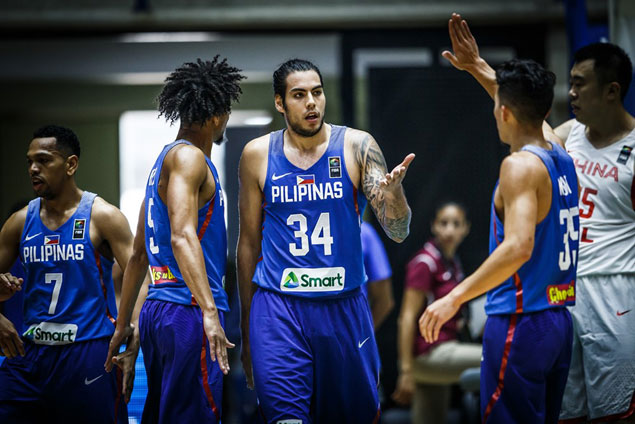 All those stories are not lost on Reyes and the team members, who didn’t lose time to offer a prayer or two during their visit.

“I thought that was pretty significant because you all know the history of that place, it was supposed to be miraculous,” said Reyes during an episode of the reality series Kwentong Gilas.

“The thing with miracle is we’ll never know if it is true or not. Di naman natin alam, totoo ba 'yun o kuwentong barbero lang?"

"But the thing with miracles is whether it’s true or not, the fact is for it to become a miracle, somebody has to believe it. It has to do with faith, with your belief.”

And believe Gilas did in its rematch with China on Wednesday night, coming almost two years after the Filipinos were beaten by the reigning champions at home during the finals of this same tournament.

Gilas came out for its opening game with confidence unmindful of playing undermanned against a team that boasted two seven-footers and toughened by its stint just a year ago in the Rio De Janeiro Olympics.

Quickly rotating on defense and shooting hot from the floor, the Filipinos raced to a 53-39 lead at the half. They later withstood a final, all-out assault by the reigning champions in the payoff period, thanks to the timely explosion of Terrence Romeo, who scored eight of the team’s final 12 points to clinch the dramatic win, 96-87.

Jayson Castro, the two-time best point guard in Asia, who backed up Romeo in tormenting their 2015 conqueror, knew for a fact the Chinese – without the benefit of playing at home as it is now – are fearful of their Filipino counterparts.

It’s that belief in itself that really allowed Gilas to scale the ‘Great Wall’ and perform a miracle on what was a memorable night for Philippine basketball.

Gilas rookie Matthew Wright added, “We just have to believe in it. If you don’t believe in it, there’s no chance for it to happen.”

And Gilas Pilipinas made it happen.