The naturalized center made the assist that led to Thirdy Ravena's marginal free throw with 9.1 seconds left then completed the job with a big block on Achref Gannouni that preserved Gilas' second win in three games in the five-nation tournament.

Kouame finished with 12 points, seven rebounds, five assists, five blocks, and two steals for Gilas, which held on despite making only 10 of its 33 attempts for a 30-percent clip. 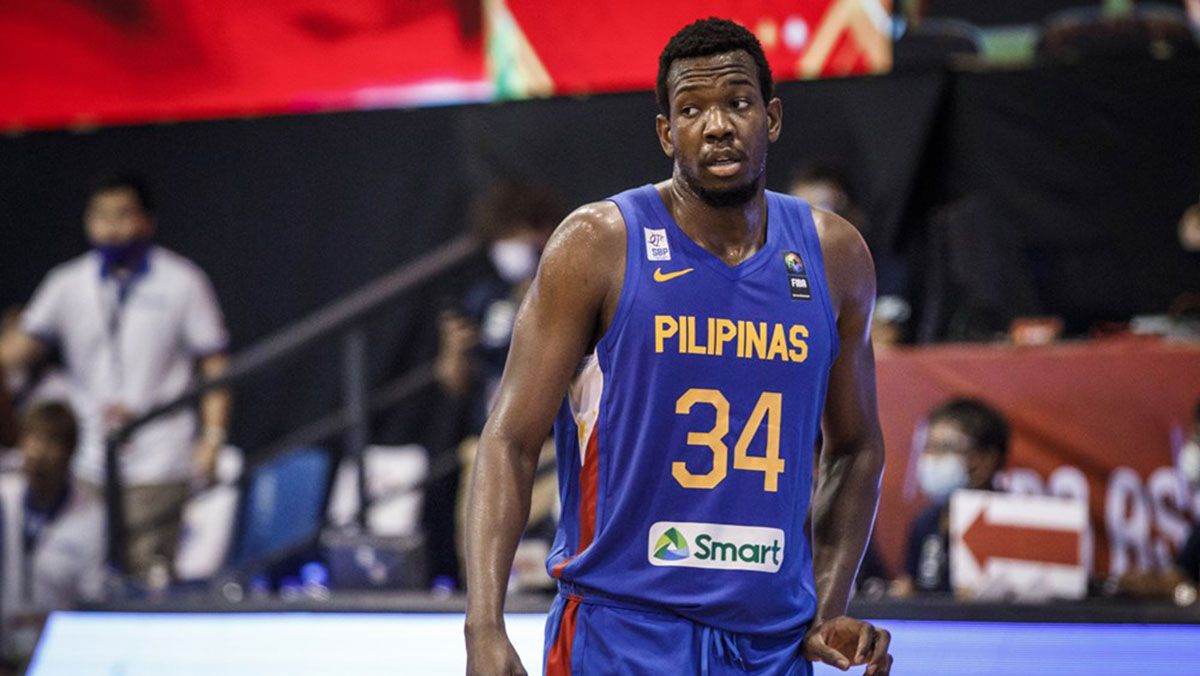 Dwight Ramos added 11 points, three boards, and two assists, while SJ Belangel had 10 points and four assists in a game where Tunisia battled back from 73-69 to tie the score on Ahmed Addami's drive in the final 14.2 ticks of overtime.

That completed Gilas' fightback from a 59-51 fourth-quarter deficit that saw Rey Suerte tie the game at 66 with a three with 33.7 seconds remaining.

Gilas closes its elimination assignment against Jordan-A on July 31 at 12 a.m., with the hosts holding an identical 2-1 card in a virtual battle for the second-seed.

The winner of the said match could also snare the top seed depending on the outcome of the game between Tunisia (1-2) and Egypt (3-0) earlier in the day.

Oussama Marnaoui paced Tunisia with 19 points on 3-of-9 shooting from deep, alongside eight rebounds, five assists, and two steals.

Gannouni also did damage off the bench with his 16 points for the 2017 Afrobasket gold medalists, while Mohamed Fares Ochi had 10 points and five boards in the loss.