Gilas coaches back in the lab moments after Korea thriller

GILAS Pilipinas’ dramatic win over rival South Korea on Wednesday night may have given this basketball-crazy nation enough reason to be ecstatic.

For the national team coaching staff, it was but just another day at the office.

Even as the euphoria of the Filipinos’ 81-78 win over the Sokors in the opener of the FIBA Asia Cup qualifiers has yet to die down, coach Tab Baldwin and his staff were back in the lab and reviewing the nitty-gritty of Gilas’ first win against its long-time nemesis in over seven years.

“Back to work right away,” said Baldwin as he broke down several plays of both Gilas and South Korea until the wee hours of the night along with deputies Jong Uichico, Sandy Arespacochaga, Caloy Garcia, Boyet Fernandez, and Alton Lister, together with video coordinator Sandro Soriano.

Baldwin, 63, speaks highly of the hard work done by his coaching staff, which he said factored in the team formally claiming a spot in the FIBA Asia Cup main tournament two months from now in Indonesia.

Baldwin's bunch of deputies has been practically eating, breathing, and sleeping basketball the past nine weeks while working in isolation with different batches of Gilas players inside the Inspire Sports Academy in Calamba, Laguna.

Away from their families, the coaches begin their day viewing videos in the morning before going to the gym for the usual shootaround. 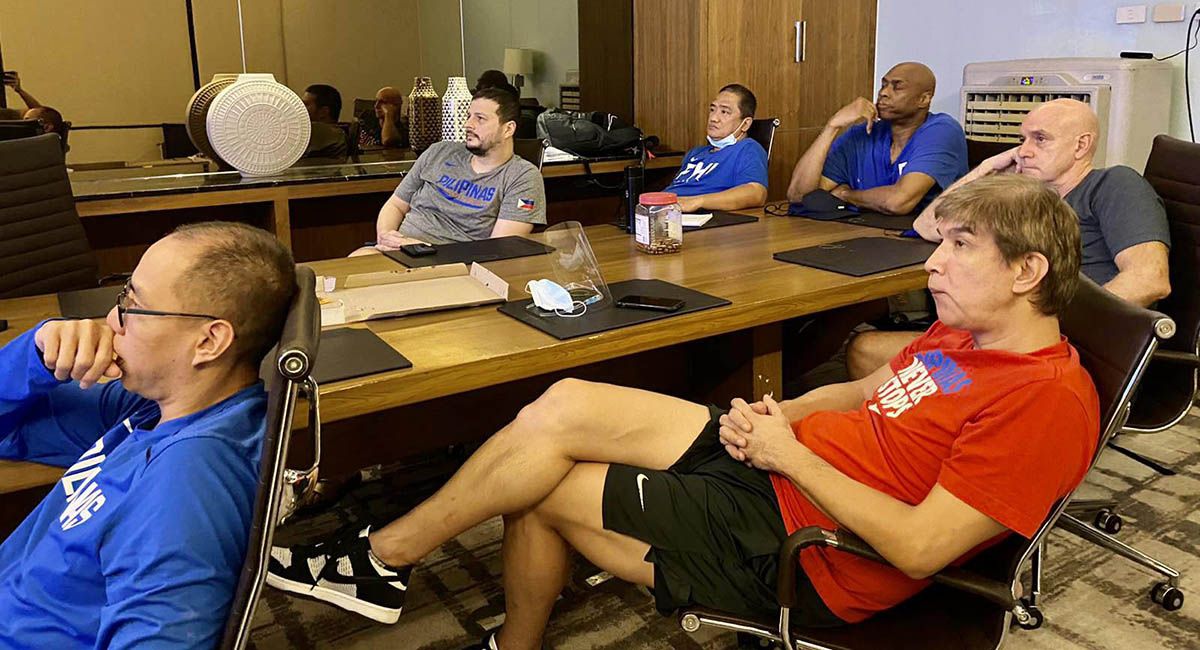 In the afternoon, they meet together and discuss practice plans, get some rest, and then proceeds for team practice in the evening.

Before calling it a day, they will have another round of viewing to either watch the Gilas practice for the day or scout their opponents.

Even after going to bed already late, the Gilas coaching staff was up early Thursday morning for another round of meeting.

In the afternoon, Baldwin and Co. will watch Indonesia’s first game in the qualifiers against South Korea and give their inputs on how to play against them in time for Friday’s 6 p.m. meeting against its Southeast Asian rival.

Gilas is lording it over in Pool A with a perfect 4-0 record. It wraps up its campaign on Sunday with a return bout against South Korea.