Jordan Clarkson on Kai Sotto: 'I have my eyes on him and I'll be supporting him'

CHICAGO - As promised, the call came last Friday afternoon. It was from Los Angeles and Jordan Clarkson was on the other end of my cellular phone line.

Days earlier, I had badgered his dad, Mike, for an interview. And citing what was described as a "comfort level working with you," the elder Clarkson granted my request and endearingly "harassed" Jordan to make the connection happen.

After a brief exchange of pleasantries, I went straight to business, anxious of the ticking clock.

"How are you dealing with this pandemic," I probed.

The positive vibe is no surprise. It is a common trait among the tight-knit, God-fearing, and law-abiding Clarkson clan. The only misdemeanor this family has ever done is smile on a cloudy day.

If and when the NBA decides to resume the suspended season I asked Jordan if he would be ready all at once. 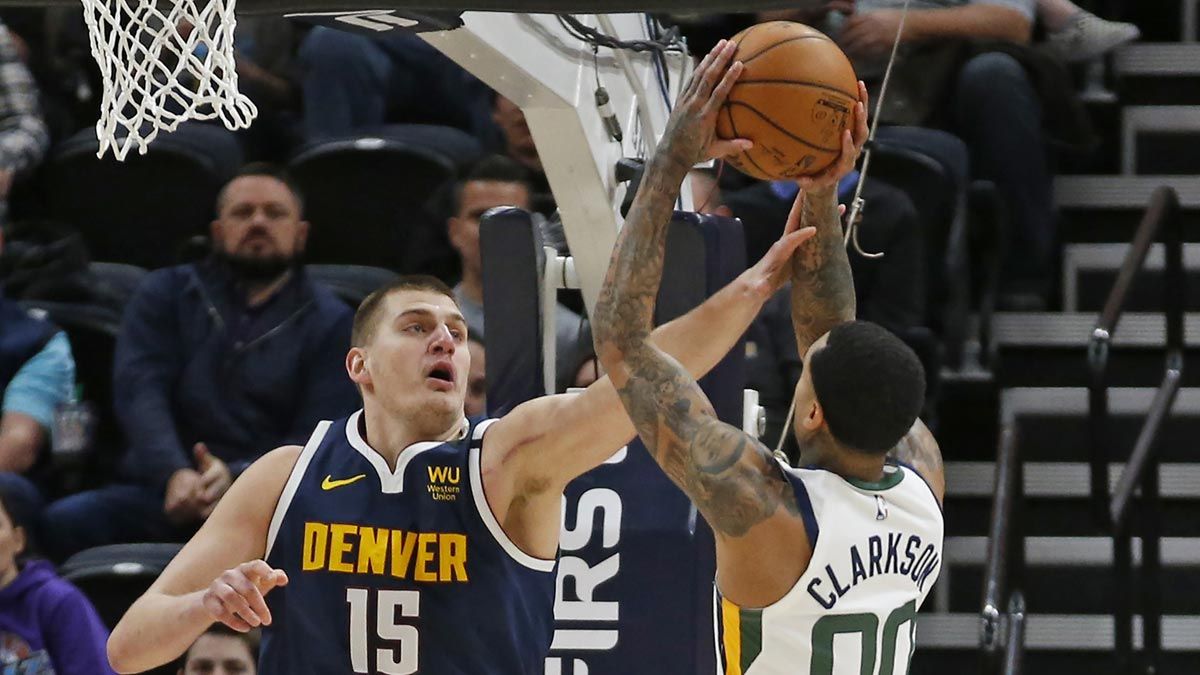 With no direct supervision from their mother teams, the fear was that some NBA players, most of whom are young and restless and have access to the best food money can buy, will exceed the calorie cap during this extended furlough.

There are no such concerns for Jordan, who observes a strict allegiance to moderation in food intake, regardless of the daunting temptation. He is treating every day like it was a game day.

Playing on the final year of a four-year $50 million deal, a contract that pays him $13.4 million this season, per BasketballReference.com, I asked Jordan if he ever loses sleep on how the coronavirus has cruelly rearranged the NBA calendar and his potential massive payday.

"I don't worry about it too much. There are things I can't control and all I can do is take care of my health and my conditioning."

And that's where he is wrong. Jordan hasn't merely done his job. He has overperformed it. 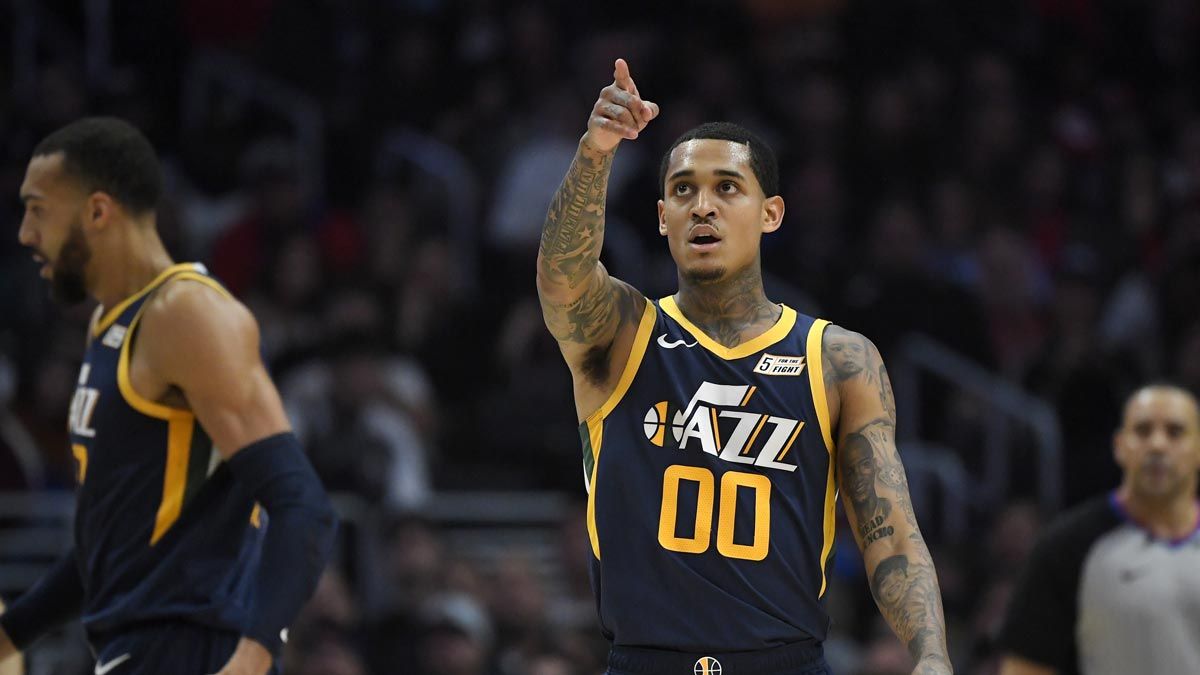 In the 34 games that he has played as a Jazz following a trade from Cleveland last December, Jordan has averaged 15.6 points per while shooting 36.6 percent from long distance and 57.9 percent from 2-point range. All those numbers are career-highs.

And he is doing it despite clocking only 25.3 minutes per game, a dip from his 27.1 career average. Even if you're math deficient, it's obvious that Jordan is doing more with less.

Like a smart businessman, Jordan didn't reveal all his cards when asked if another landing spot is desired or if Utah looks like a permanent home.

He did, however, give glowing praise to Quin Synder as an "amazing coach" while waxing poetic about how marvelous the experience has been playing in Utah with a band of selfless and talented Jazz brothers.

As for the rumored falling out between teammates Rudy Gobert and Donovan Mitchell, Jordan clarifies that it isn't so.

"As far as I know, they're talking. They're cool." 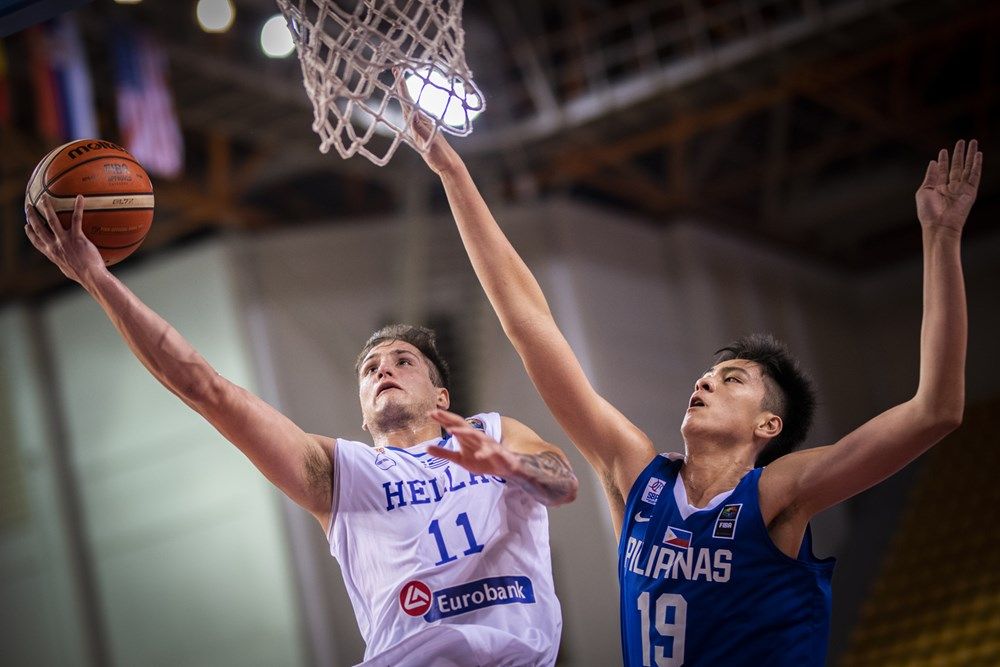 I GOT YOU, KAI. I chose not to beat a dying horse, so I refused to ask Jordan about his future participation with Gilas Pilipinas. But I did ask him about Kai Sotto.

"Of course. I've seen some of his highlights and he's coming along pretty well. It would really be nice to see Kai make it to the NBA. I have my eyes on him and I'll be supporting him.”

Jordan understands exactly what it's like to be walking in Kai's shoes. The spotlight, the microscope, the backpack full of crazy expectations from a country bursting with basketball lunatics.

"So what advice do you have for Kai?" I asked.

Jordan didn't pause to parse his words and come up with a generic quip. Instead, he came back at me like a roaring Manny Pacquiao counter punch.

"Be you. Be humble, no matter what. The media is going to do and say what they want. Just be free."

Sage words from a man who has walked through the hellish tightrope Kai is trying to navigate right now.

Jordan has always been kind and cordial to me since we first met the at NBA Draft combine in Chicago in the summer of 2014.

He is richer now and infinitely more famous. But he's the same nice dude.

Wealth and fame changes a person, they say.