COLUMN: Even in defeat, Tab Baldwin still does the right thing

CHICAGO - Just as I was beginning to romanticize how lovely it would be to see Tab Baldwin straddle the sidelines as a PBA head coach, I woke up from a nap groggy with second thoughts.

Brilliant as he is, the American thinker will be a bad fit in a decaying, once mighty professional league that is now being infested by intramural politics and indecision .

He'd be like a bottle of hand sanitizer floating in a toxic waste.

After Gilas lost to the Dominicans, 94-67, today at the OQT in Belgrade, Baldwin quickly assigned the blame to himself.

"No excuses. Not much to say about it other than we were outplayed, outcoached and outfought." 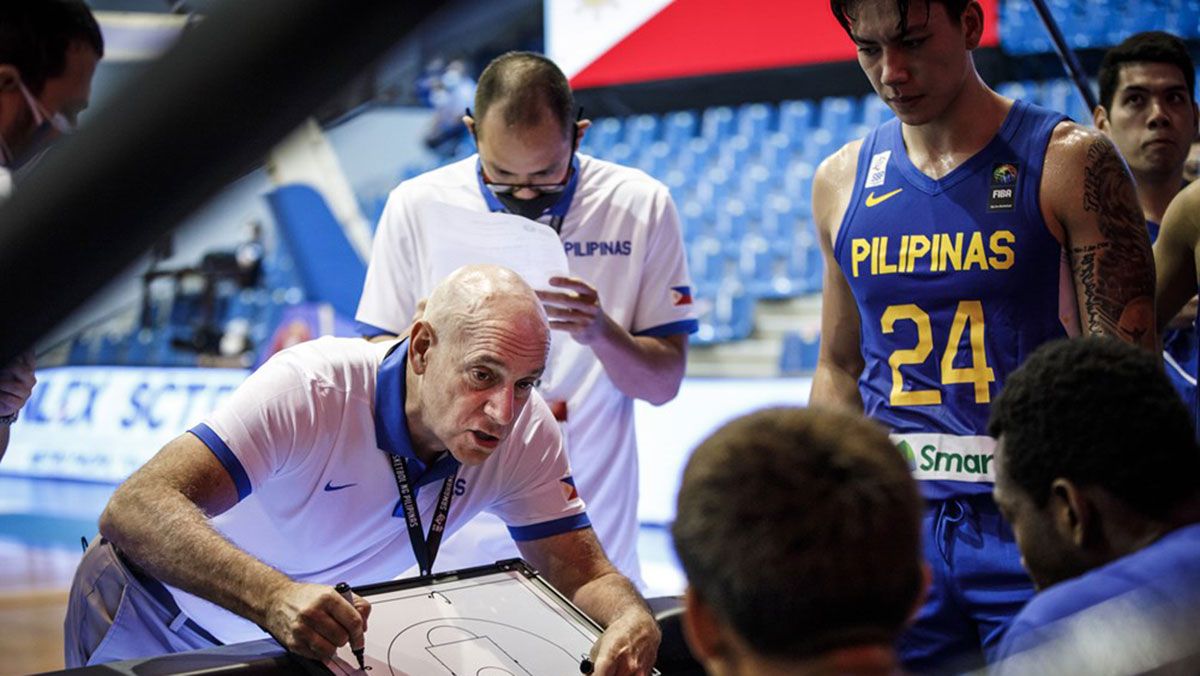 After years of having our ears drilled with ready excuses from our basketball leaders during adverse times, Baldwin's sounded like soothing lyrics.

Weirdly strange indeed because there is no such thing as a mea culpa around the SBP. Just a whole lot of "not me."

As for the PBA, it seems to like to run away from accountability faster than Usain Bolt. Instead of listening to the angry roar of its shrinking fan base, the PBA likes to study.

Not Baldwin. This dude isn't allergic to owning up to his mistakes and he jumps into action swifter than Raffy Tulfo.

Assuming the BCAP (Basketball Coaches Association of the Philippines) sheds its insecurity, removes exclusion and replaces it with inclusion in their dictionary, I pray Baldwin resists the temptation from PBA teams that will lure him.

Please, nurse and nurture our national program and take it to places - the World Cup mountaintop and the Olympics - it had not reached in a long, long time.

As for the loss to the Dominicans, that was a given. No need for apologies there.

Twenty-four hours after a mentally and emotionally exhausting game against the No.5 ranked powerhouse Serbians, our troops were gassed.

THE MIND WAS WILLING BUT THE BODY WAS BROKEN.

Seven missed free throws out of 16 attempts and 23 turnovers were the tell-tale signs of fatigue. So was the 39-31 rebounding deficit and the 18 team fouls.

The Dominicans knew that Gilas was tired, compromised. So after trailing by two points at halftime, they picked up the pace and ran us to the ground with a fatal 26-10 third-quarter spurt.

Our bigs - Ange Kouame and Kai Sotto - were chased out of the gym and rendered less effective by the happy-go-fastbreak loving Dominicans.

They were held to a combined 18 points and nine rebounds. They also amassed six turnovers and five fouls.

Not exactly an imposing output from the dreaded twin towers.

I wish Dwight Ramos was healthy and able to play. I also wish I was tall, dark and handsome.

We play the cards we're dealt with and move on.

Which is why even after going home empty-handed, the overriding sentiment among hoops fans is that the Serbia OQT fling felt like a win.

Yes, we did lay an 0-2 egg, but thanks to the leadership of Baldwin and the superb fighting spirit shown by our players, this Gilas team somehow hatched the hope of a brighter tomorrow.

I can't wait for the FIBA Asia Cup.