Ella Fajardo defiant after Gilas loss to China: 'We have more in us'

ELLA Fajardo won't be one to take any silver linings from Gilas Pilipinas Women's tough 143-52 defeat to China to open their campaign in the 2021 Fiba Women's Asia Cup on Monday.

"Coach said that we played our hardest, but I know for a fact and I can speak on behalf of the team that we have more to bring," said the seniors team debutant.

From the get-go, the Philippines was already a heavy underdog against the mighty Chinese team which is ranked no. 7 in the world.

Yet the 18-year-old guard from Fairleigh Dickinson University is defiant as she knows that the Filipinas could have performed better despite the odds. 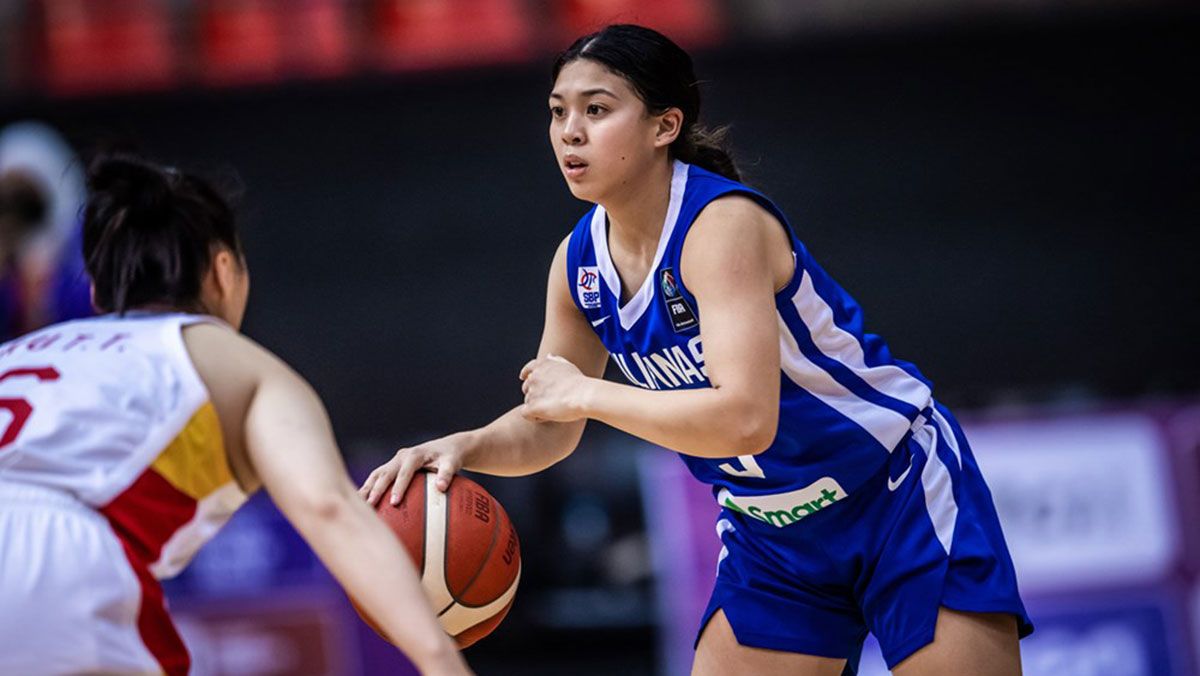 Fajardo did have her struggles, but strung an inspired run late to tally six points and an assist in her 13 minutes of play, refusing to give up despite the insurmountable deficit.

Only Afril Bernardino was able to score in double digits for the Philippines, finishing with 17 points in the 91-point massacre.

Such result really should be expected given that Gilas Women has only had a month of training while play in the country remains limited due to quarantine restrictions.

Fajardo, however, would like to offer no excuses, especially for a team seeking to remain in the Division A of Fiba Asia.

"Despite all the circumstances that we're going through, like Coach Pat said, our preparation time, the fact that we haven't been playing basketball for about two years in the Philippines, it doesn't change the fact that we're gonna play Australia next, who just came from the Olympics as well," she said.

And as tough of a draw will the next game against the Opals will be, the 5-foot-5 playmaker only hopes for the country's continued support as the national women's team bravely hoists the country's flag in Amman.