ELLA Fajardo credits former national team member Julie Amos for guiding and taking her under her wings that paved the way for the teener become part of the Gilas Pilipinas women’s basketball program.

The 17-year-old Filipina based in New Jersey said it was Amos, now a deputy coach with the Philippine squad, who saw the potential in her as an eight-year-old upstart while serving as mentor in the MILO BEST Center.

Fajardo was still in Level 1 with the famed cage academic training when Amos first had a glimpse of her.

“If it weren’t for my BEST Center mentor coach Julie Amos, it was she who actually got me into the Gilas women’s Pilipinas program,” recalled the young Filipina baller of how she ended up becoming part of the women’s program of national coach Patrick Aquino.

“It’s really crazy to comprehend how much faith and potential she saw in me even while I’m just an eight-year old and as one of the only few girls participating in the BEST Center.” 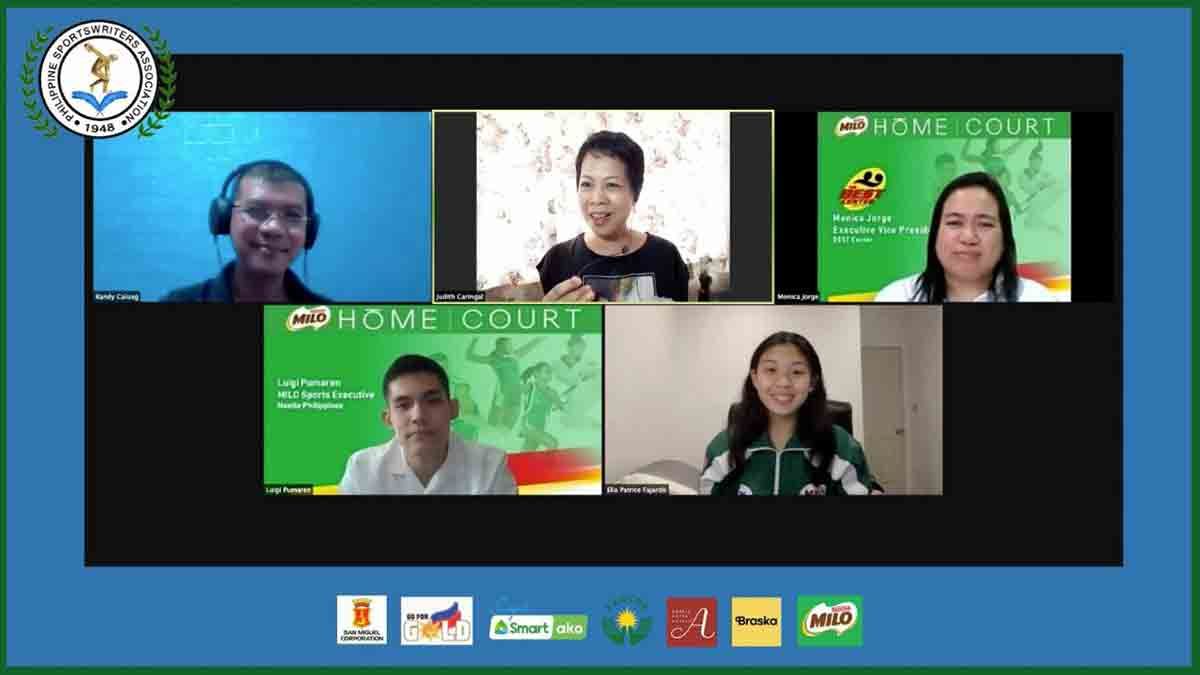 Now the future is definitely bright for Fajardo – she clarified not being related to five-time PBA MVP June Mar Fajardo – who now serves as captain of Gill St. Bernard’s girls high school team and committed to play for Fairleigh Dickinson University, an NCAA Division 1 school, in college.

What’s clear in Fajardo’s mind though, is her continued availability when called upon to play for flag and country.

“My heart is where my home is, the Philippines. I am currently a member of the Gilas Pilipinas women’s team right now and I do really have plans of representing my country as much as I can, given the fact that I learned so many fundamentals from the BEST Center that I wouldn’t be here today if it weren’t for them,” said the Filipina, whose father was also a product of the basketball center first established in 1978 by the late national coach Nic Jorge.

Fajardo who credits the late great Kobe Bryant, Sue Bird, Jordin Canada, Jewell Lloyd, Chris Paul, Kyrie Irving, among others, as among her basketball idols, also said having grown close with coach Pat Aquino and national team stalwarts Jack Animam and Camille Clarin especially during her stint with the national team in the FIBA 3x3 U-18 World Cup in Ulaanbaatar, Mongolia and the FIBA 3x3 U-18 Asia Cup in Cyberjaya, Malaysia.

“Really my goal is to learn as much as I can as a Division 1 player playing at a highest level possible here in the U.S.,” said Fajardo, who also plans to indulge in coaching in the NCAA someday.

But definitely giving back to the country will always be her priority.

“Just really want to take with me all those attributes and bring it to the Philippines and give back to the country what it has given to me,” Fajardo said.