Death of a friend

WHEN FIBA secretary general Patrick Baumann died a few days ago, local sports pages reported it like it were Michael Jordan that had died. It was top news, and the country’s basketball leaders led by Samahang Basketbol ng Pilipinas chairman emeritus Manny Pangilinan, and players and coaches, expressed their sympathies as if a member of their own family had died.

Maybe, that was in fact the case.

Although the Philippines, in FIBA’s fold, is just one of 213 national federations and one of the smallest, the country always did seem to get special attention from the federation. This was probably how it had to go, basketball being the national sport here and, therefore, a magnet for conflict. With the Philippines, FIBA always had its hands full.

This made contact between Baumann and Pangilinan necessarily more frequent, and from those meetings a friendship apparently grew. The two met as early as 2005 when Philippine basketball was at its lowest, and Pangilinan was forming the SBP as an antidote to the toxic leadership of the Basketball Association of the Philippines.

It did not take long before Baumann and Pangilinan hit their stride. In their conversations and meetings that nearly circled the globe — Geneva, Hong Kong, Japan — Pangilinan apparently impressed Baumann, a mercurial figure in the sports world whom many had tipped to someday lead the International Olympic Committee.

It was not long before Pangilinan himself made it to the top echelons of FIBA. It was Baumann who invited him to join the elite FIBA central board, a clear manifestation of Baumann’s appreciation of Pangilinan as a local leading sports figure and a basketball visionary. 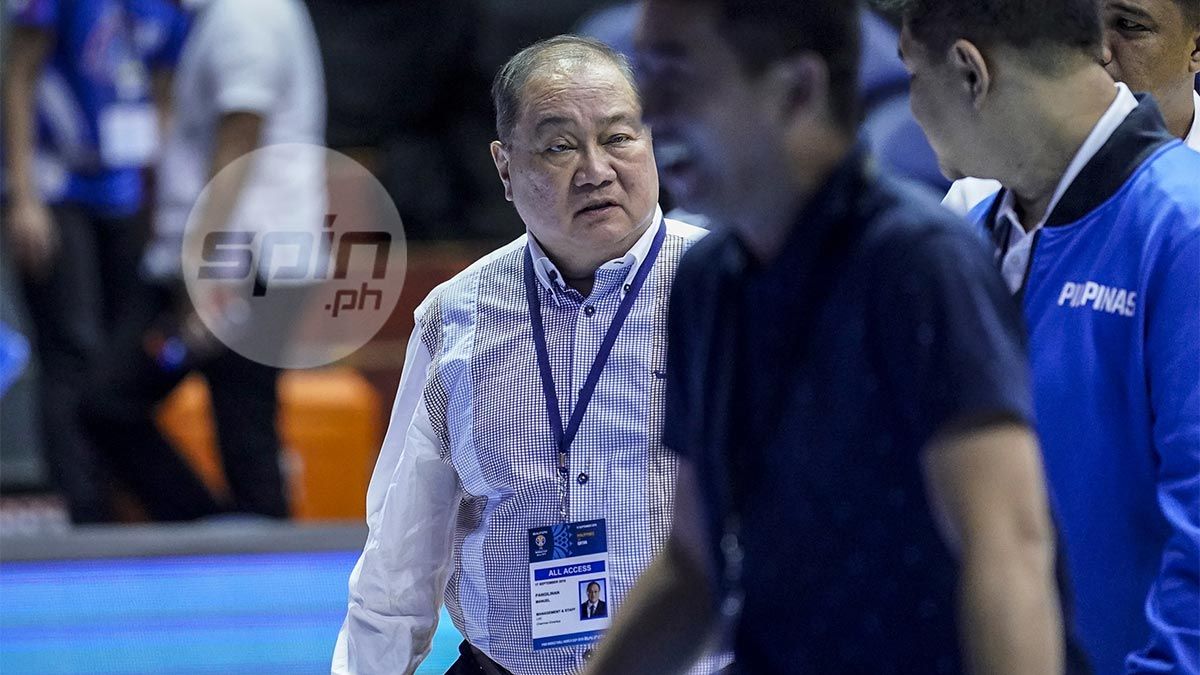 Pangilinan could claim that he and Baumann were friends, and Baumann would not dispute that. But, as Pangilinan would later learn, friendship with Baumann had its limits and did not apply to the conduct of FIBA affairs.

This was never more evident than when FIBA imposed one of the harshest sanctions against the Philippines, following the brawl that marred the Philippines’ game against Australia at the FIBA qualifier last July.

Sanctions were expected, but not their severity. Ten Filipino basketball players were suspended, wiping out the core of the national team getting ready for the Asian Games. Also getting the boot was national coach Chot Reyes. The Philippines was also told to hold its next FIBA qualifier game behind closed doors.

The FIBA decision sent the SBP into a tailspin. Following the ban, the SBP’s decision-making process was in shambles. There arose poor judgment, including an announcement to quit the Asian Games and then the U-turn days later when fans flooded social media with boos.

The SBP appealed the FIBA ban, hoping that with Pangilinan’s intercession the international federation would change its mind. No such luck — and the country was left, not only with a token team to the Asian Games, but with a reputation within the federation of being a really poor sport. Talk about having influence in the FIBA.

But Baumann and FIBA were just being true to character. FIBA decisions are based on what the federation believes are good for basketball. They are not about having friends, which Filipinos have a habit of assuming is more important than following rules.

The country cannot thank Baumann enough for the many good things he has done for Philippine basketball. He recognized the valid complaints against the BAP and supported the vision of the SBP, although not until after suspending the Philippines in 2005 and stopping it from competing in the Southeast Asia Games.

Then there was the FIBA decision to award the Philippines the hosting chores for the FIBA Asia championship, which led to the country earning a World Cup berth for the first time after almost 40 years.

And then the icing on the cake: The country co-hosting the FIBA World Cup in 2023, the world’s most important basketball championship — at par with or, perhaps, more prestigious than Olympic Games basketball.

These would not have been possible without Pangilinan’s close relationship with Baumann, who must have believed that the country had the organization and the finances to host FIBA’s most important championship.

In so many ways, Pangilinan was right to extoll Baumann so highly: “He was a colossus of world basketball. And he has been a good friend of Philippine basketball.”