IN the eyes of Tim Cone, Kai Sotto is in the same level, and even higher in the future, as Wang Zhizhi, and there is no doubt in his mind that the Filipino big man will be a force in the continent.

Cone was no doubt impressed when he saw Sotto up close as an assistant coach of Gilas Pilipinas in the fourth window of the Fiba Basketball World Cup Asia qualifiers.

“I don’t think there’s absolutely any question of him being here in Asia, he is a dominating force in Asia and will continue to be in the next several years,” said Cone in an interview with Power and Play.

Cone said he can even see Sotto as similar to Wang, a trailblazer in Asian basketball being the first Chinese player to suit up in the NBA, seeing action with the Dallas Mavericks during the 2000-2001 season. 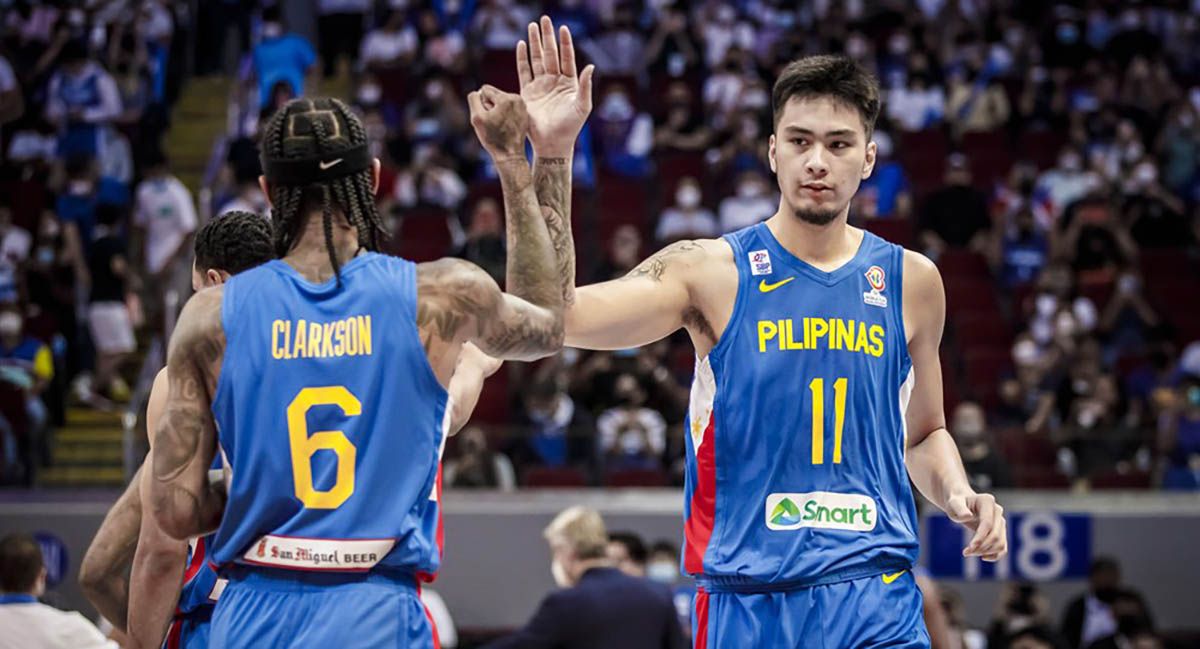 Kai Sotto will be a force in Asia, says Tim Cone.

Sotto is also looking to create his own path for Philippine basketball with his quest to play in the NBA which hit a snag when he was left undrafted recently.

The Barangay Ginebra coach is familiar with the play of Wang, having coached against the Chinese big man as mentor for the Philippine Centennial Team in 1998.

“But of all the players I’ve coached against, the player that reminds me the most of him at this level, and I think he will grow beyond this, is Wang Zhizhi,” Cone said. “Wang Zhizhi was a beast in the Asian level when we were playing against him. He can shoot outside, 7-1, can block shots, run the floor.”

“Kai, I think, is like him but a little bit better than Wang Zhizhi but has a lot more room to grow,” said Cone.

Cone pointed out that the 20-year-old The Adelaide 36ers big man can still work on his offense in order to become an even more complete player in the future.

He is also impressed with the defensive skills of Sotto, who averaged three blocks during the fourth window.

“He will dominate Asia for quite a while with his ability to protect the rim, his instincts defensively is off the charts for a big man like him. I think his offense will continue to grow and grow as he gets older and he gets to build his body,” said Cone.