TIM Cone said the Gilas Pilipinas squad fielded in the fourth window of the Fiba Basketball World Cup Asia qualifiers is capable of doing something great in Asia as long as they are given time to develop and play together more as a unit.

The Gilas Pilipinas assistant coach said there is no question in his mind about the skillset of the squad that was surrounded by Jordan Clarkson during their matches against Lebanon and Saudi Arabia.

Gilas came close to beating Lebanon on the road, 85-81, before trouncing Saudi Arabia at home, 84-46.

The Barangay Ginebra mentor only hopes that there is a way that they can stay together for a longer period of time.

“If this team can stay together as a group, and grow a little bit, and give ourselves a chance to grow, then I think we can become the dominating team in Asia,” said Cone during his interview with Power and Play. “There is no doubt in my mind that we can dominate Asia with this team as long as we can stay intact and continue to grow.” 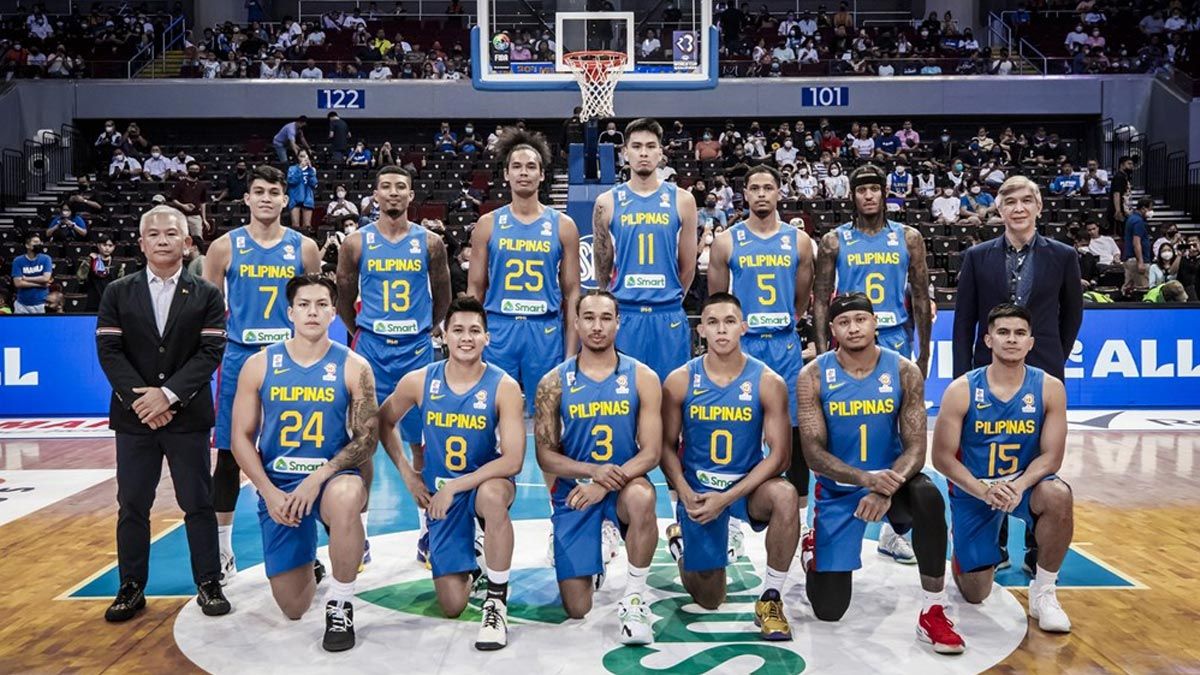 Aside from keeping the players intact, Cone also believes that even the coaches should be together for also a lengthy period of time to be able to infuse the system it wants to the team.

“That’s always the question for us. Can we stay intact and continue to grow as a group because we always make changes here, there, here. New coaches, new systems, new whatever.

“I always felt that it doesn’t matter who coaches. It can be Sonny Jaworski, Norman, Yeng, Tab, Chot, myself, Jong Uichico, any of those guys. It’s not a matter of who’s coaching. It’s about keeping that coach there for a period of time so that the system can grow and get to a higher level,” said Cone.

Cone cited the situation in the fourth window where head coach Chot Reyes was only able to inject the very basics of the dribble drive motion offense with Gilas Pilipinas having no benefit of a long preparation.

“The system that Chot brought in was perfect for the skills of who we had, and how JC was playing. Obviously, he wasn’t coaching at the Talk ‘N Text level because you have to learn just like when I coached in the Southeast Asian Games. We just barely touched on some of the things that we do on offense in terms of my system because we only had a couple of weeks to prepare. It’s guard oriented,” said Cone.

“It’s just like when we come in, we were playing at such a small level because everything is so new, it never gets a chance to grow. I thought we grew a lot from that Lebanon game to the Saudi Arabia game. We grew to a whole new level,” Cone said.

Cone pointed out the athleticism and the height of the team that puts them at-par with Asian rivals, particularly in the point guard position as well as in the center spot with Kai Sotto at the helm.

“This was a team of athletes. They have good size in the point guard position. They are great players but Jimmy (Alapag) and LA (Tenorio) were undersized in their position. Scottie and Chris are a different kind of level in terms of what they can do defensively, and that’s really their role. They are not here to score. They have JC next to them. They have to figure out a way to give the ball to JC, then they are going to go out and defend JC,” said Cone.