CHRIS Newsome said he is honored by the move to make him eligible to play for Gilas Pilipinas as a local, but added he has yet to receive official word from the Samahang Basketbol ng Pilipinas (SBP) about it.

Newsome said Gilas coach Chot Reyes has previously spoken to him about his desire to make him part of the national team, though he hasn’t gotten in touch with him or the SBP about it since the PBA Philippine Cup is ongoing.

“I haven’t really got time for myself to look into that. I’ve had conversations before with coach Chot, they practice at Meralco. He did mention to me that he was pushing for it to do that,” said Newsome on Sunday.

A move for Newsome be classified as a local should make him a big addition to the pool of players for Fiba tournaments, including the 2023 Fiba Basketball World Cup which the Philippines is co-hosting with Japan and Indonesia.

Newsome has previously played for the national team in the Southeast Asian Games but in the 3x3 game where he won a gold in 2019 in Manila, but only because the biennial event is covered by eligibility rules less stringent than those of Fiba.

He has never been part of the 5-on-5 team in Fiba tournaments as he got his Philippine passport after he was 16 years old. The rule on the passport kept him out of the 2018 Fiba Asia Champions Cup, a club competition where Meralco once played.

“As far as me personally, I haven’t heard anything directly from the SBP, other than the fact that they were trying to push for that. On whether it got confirmed or not, I can’t confirm that. I have to direct you to Boss Al [Panlilio] or coach Chot,” he said.

“But he did mention that I was one of the ones that he did want to try to get eligible for the pool seeing that I graduated from Ateneo. That’s all we really know about the situation,” said the 31-year-old Newsome. 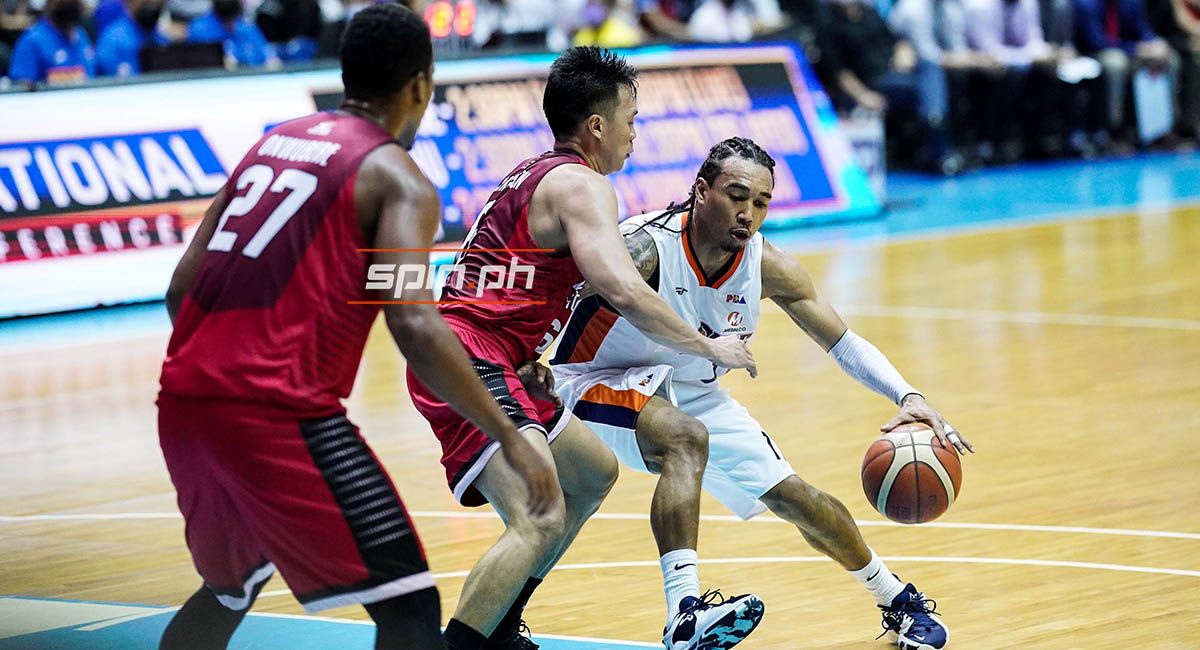 Aside from him graduating from Ateneo, the fact that Newsome has been living in the Philippines for over 10 years now and has seven-year career in the PBA with Meralco, SPIN learned, are some of the grounds the SBP cited for the explosive Bolts guard to be exempted from the Fiba passport ruling.

“It was actually the second time we made the push,” Newsome said. “We tried the first time when Meralco went to Thailand for the Champions Cup. We tried to do it there, got declined, and I’m just glad that they kept on trying and they are pushing for it.”

Newsome said it is an honor that Reyes would even consider him to play for the national team, and hopefully, he gets the chance.

"I was able to do that in the SEA Games and it was an amazing feeling. But my focus right now is with Meralco and what we have to do to finish the series. Anything that comes after that, we will take that as it comes,” said Newsome.