CARL Tamayo surprised a lot of fans when he looked a natural at small forward in Gilas Pilipinas’ 81-78 win over Korea on Wednesday in the Fiba Asia Cup qualifiers at the Angeles University Foundation gym in Clark.

So Silva was pleasantly surprised to see the transformation of Tamayo, who provided a spark off the Gilas bench, chipping in 10 points on 4-of-5 shooting, including one three-pointer, and one rebound in less than 11 minutes as a wingman.

“Laki ng improvement at development ni Carl Tamayo,” Silva said in an appearance on SPIN POV the day after Gilas’ win. “Maaasahan na talaga siya and he can step out; may range na siya ngayon. He can dribble the ball. He has his consistent outside shot.” 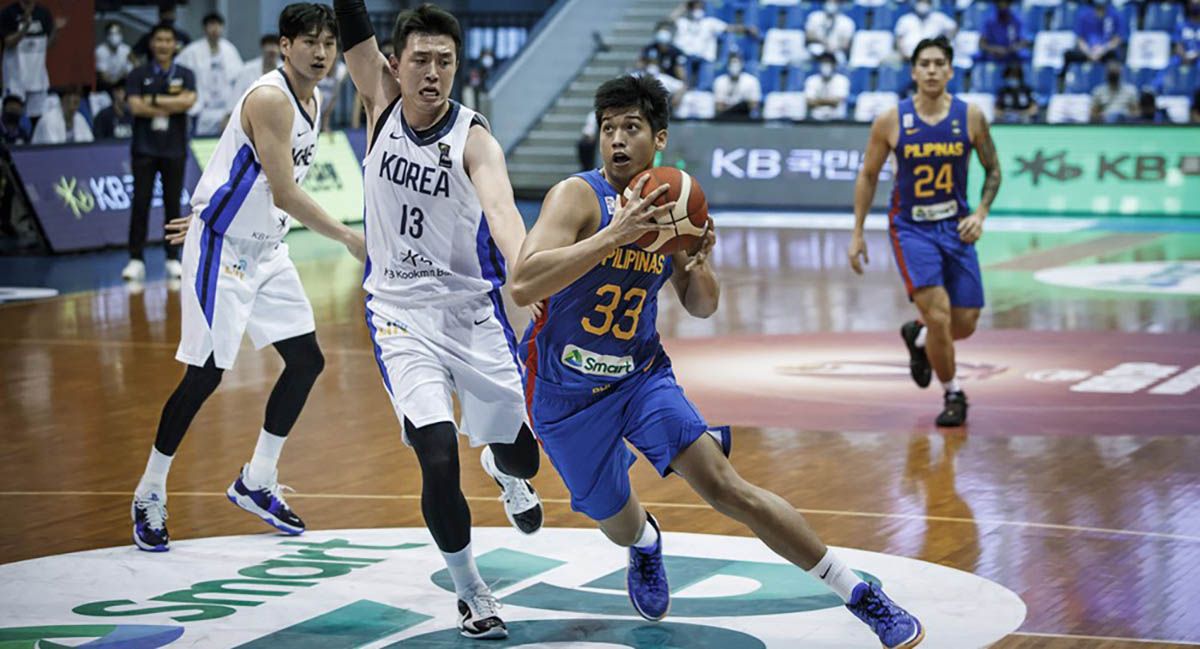 But while not a few were surprised, a former Gilas coach expected it from the incoming University of the Philippines Maroon.

Chot Reyes was grooming Tamayo to play as a wingman when the former national coach was tasked to form an early pool in 2018 from which players who will make up the 2023 Fiba World Cup team will come from.

“I was very happy (with their performance), but I wasn’t surprised,” Reyes said as he appeared as SPIN POV guest shortly after Silva. “We’ve seen these players three years ago pa nung binuo natin yung 23 for 23.”

Reyes even went as far as envisioning Tamayo to fill the spot of longtime Gilas mainstay Gabe Norwood, a prototypical 6-foot-5 wingman.

“Three years ago, we literally told Carl we are recruiting him and preparing him for the spot of Gabe Norwood,” Reyes bared. “Sinabi na namin kay Carl yun, ‘You’re the next Gabe Norwood. You will play that role in the future as a tall wingman.’

Let’s see how Tamayo sustains his transformation and live up to that lofty expectation in the games – and years to come.
___