JAPETH Aguilar's worth for Gilas Pilipinas couldn't be measured by the stats he puts up on the court.

To national team coach Chot Reyes, the Ginebra forward's contribution to this team is much more than the numbers he provide as he now embraces his role as one of the team's leaders.

"That’s the reason why he’s here and that’s the reason why all of the problems that we’ve had in the past [are kind of glossed over]," said Reyes after the Philippines' 74-66 victory over Jordan in the 2023 Fiba World Cup Asian qualifiers on Friday. 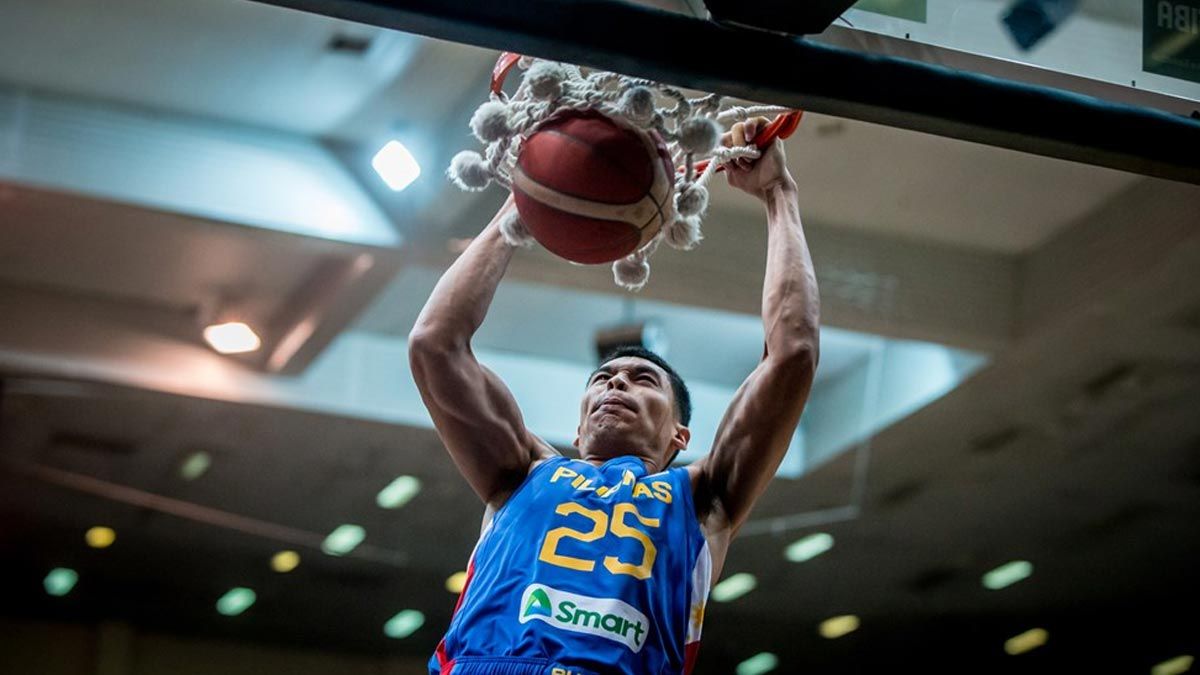 Aguilar only had five points, three assists, two rebounds, a steal, and a block but he embodied that "puso" in his 25 minutes on the court for the Pinoys.

It's reminiscent of the roles provided by his predecessors like Marc Pingris and Ranidel de Ocampo and now, that obligation has fallen on Aguilar's shoulders.

Reyes said this Gilas sorely missed Aguilar in the 31st Southeast Asian Games in Hanoi and in the 2022 Fiba Asia Cup in Jakarta.

"He was supposed to be with us in the SEA Games and in the Fiba Asia Cup but he was injured and he couldn't make it," he said.

"Japeth just brings so much to the team. A lot of it doesn't reflect on the stats but the little things that he does, if he fronts the post like he did today and they don’t pass it and make another extra pass, that doesn’t show up in the stat sheet. But for us, that was a big part of our defensive game and Japeth was a big part of it."

Aguilar, together with fellow veteran Poy Erram, has also taken up the role of mentors for the younger guys like Kai Sotto, Kevin Quiambao, and Ange Kouame, guiding them in the frontline as the seniors of this squad - one that Reyes is just grateful to have.

"It's their willingness, their ability to mentor Kai and Ange, the younger guys and KQ. They have big roles and big responsibilities on their shoulders and we’re really fortunate they are willing to do it," he said.